Flight to Spa (EBSP) was prepared – again. I guess I prepared it for the seventh time. Weather was supposed to be good. Airplane booked (OO-VHB). Bart joined me in Kortrijk, Frank would take off from Antwerp (EBAW) and fly on his own to Spa.

And again, weather didn’t co-operate. I called Spa: it was totally blocked and overcast. They suggested I’d call back within an hour … pff. Frank took off, returned and had to get on the ILS in Antwerp to get back down …

So, then Urselitis struck! We decided to do the classic coastal: from KOKSY to COSTA all along the Belgian coast. And so we did. 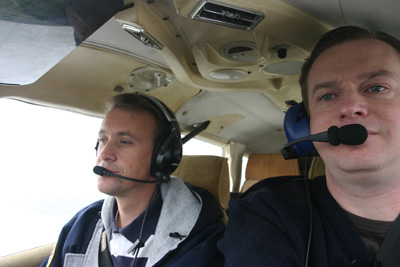 In reality, weather was hazy, but VFR legal and OK. 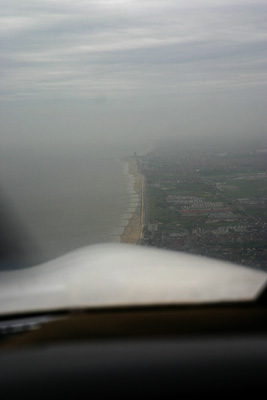 After we turned away from the COSTA VOR beacon, the Urselitis’ fever set in and we decided to make a short stop in Ursel (EBUL), because it doesn’t harm, because we had time and because we needed coffee. And I forget to say: landings are free in Ursel !! 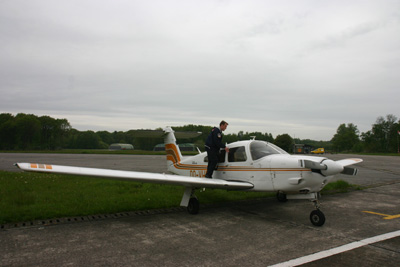