The Photos with Text

Every year I go to Las Vegas for business. I have always wanted to fly there. Last year I had no voice, and without voice no flight. This year, however,all pieces fell into order and I was off for a flight to the Grand Canyon ! Via the internet site Airnav I had found the highly recommendable Mojave Aviation based in Henderson Executive Airport south of Las Vegas. After arranging insurance and doing some paperwork, I was set to fly their Piper Arrow. I had bought all relevant maps, both VFR and IFR. 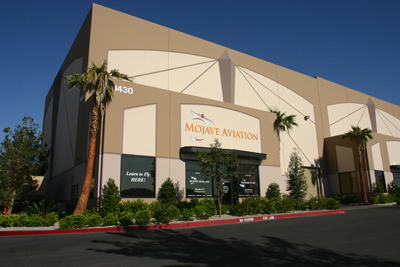 That morning I was being checked out by their CFI in the complex Piper Arrow IV. We flew VFR over Boulder City and Hoover Dam, and performed some stalls and slow flight. I also did a couple of touch-and-goes to show my skills. During that check-out flight it turned out that there was a problem with the backup electric fuel pump, so I was reassigned to fly their Piper Cherokee. 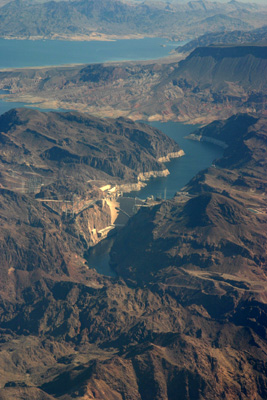 Now I was ready to fly solo IFR to Grand Canyon National Park Airport. I was cleared for take-off on runway 35L at Henderson Executive Airport, soutgh of Las Vegas (KHND). Right turn heading 180. I switched to Las Vegas Departure on 119 point 4 and they recleared me direct to Peach Springs VOR as they had landing traffic around MEADS intersection. They called for traffic to my right: a Boeing 737 from Southwest Airlines. 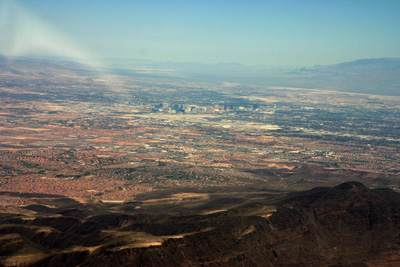 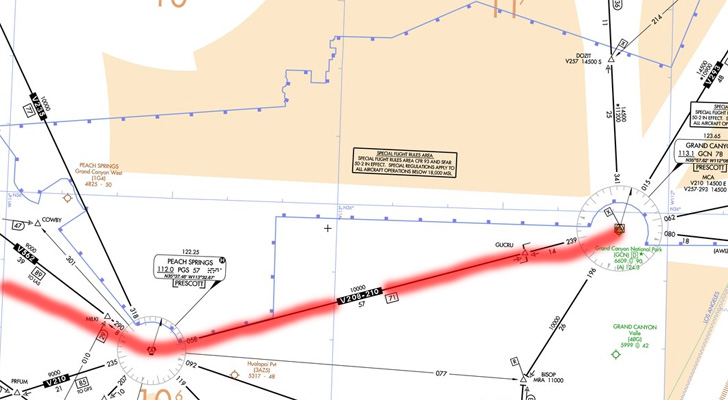 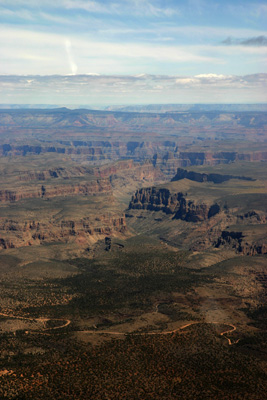 After a one and a half hour flight full of light turbulence, I was getting the Grand Canyon National Park (KGCN) airport in sight. Los Angelos Center asked me if I’d prefer an instrument approach or if a visual approach would do. I chose the latter and I was transferred to Tower to join a left base to runway 3. Grand Canyon National Park Airport is mainly used as a base for tourists flight over and in the Canyon. There was a continuous flow of helicopters and high wing aircraft bringing people to this marvel. 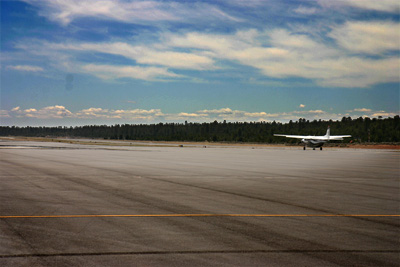 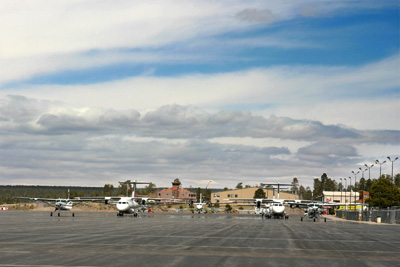 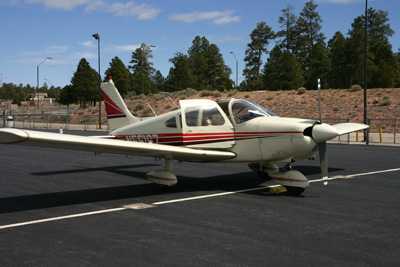 After refueling the aircraft and the body, I was cleared to taxi to runway 21, the nearest to my parking spot. The VFR flight back will take me three times over the Canyon, westbound. The Canyon is a special use airspace, and there exists a special VFR airchart. One side is for the mere mortals from General Aviation (like me). The other side reveals all Grand Canyon secrets for the tour operators, who are allowed to fly lower. I believe that this chart is the most beautiful chart I ever laid my eyes on ! 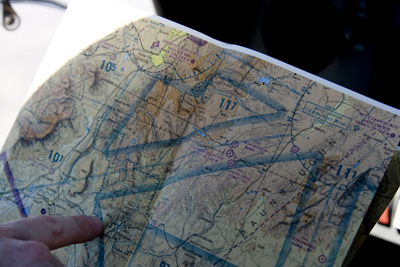 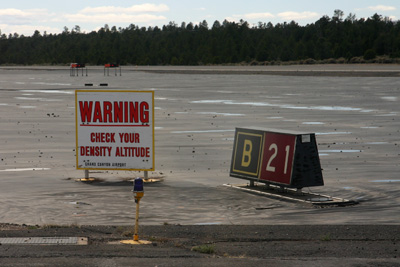 After take-off I did By doing a couple of 360-ies I reached 11’500 ft. I set course for the entry point of the Dragon corridor which I had programmed in the GPS beforehand. The Dragon corridor is one of the few where general aviation is allowed to fly over the Canyon. Immediately I saw the cliff and my first thought was: Thelma and Louise ! 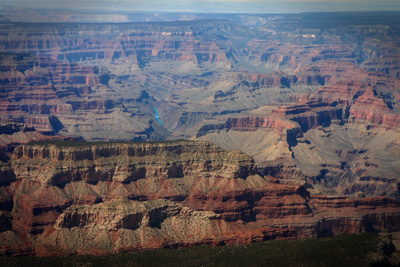 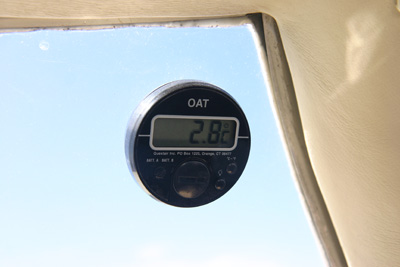 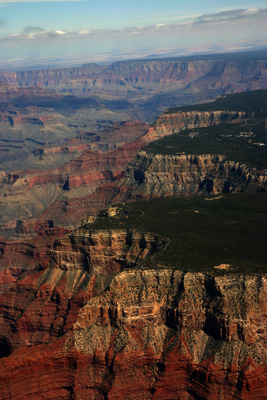 At the end of the Dragon corridor I descended to 10’500 ft and turned southwest to joing the Fossil corridor. I was surprised to see snow on the north rim of the Canyon, but then I saw that its elevation was roughly 3000 ft higher than the south rim ! 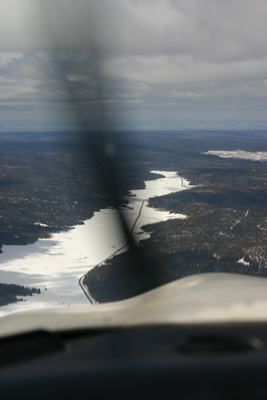 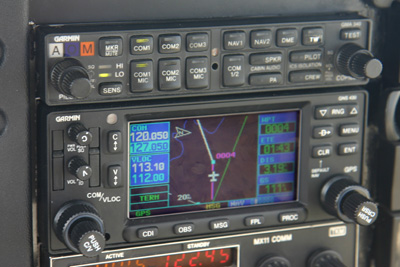 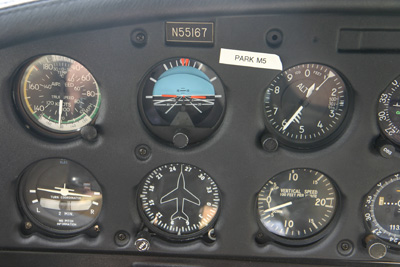 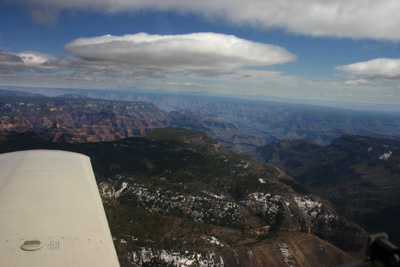 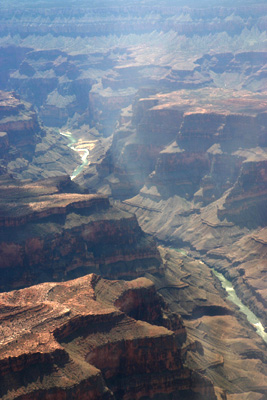 Down below the Colorado river was doing its eternal erosion work. 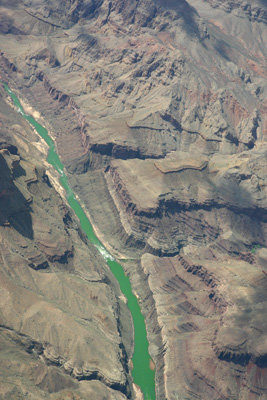 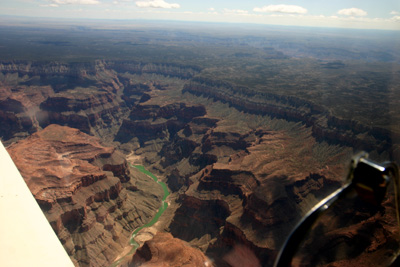 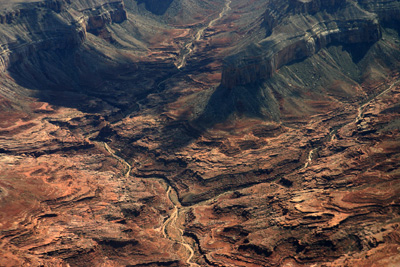 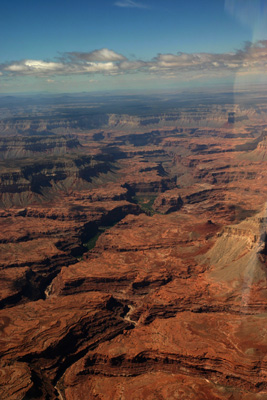 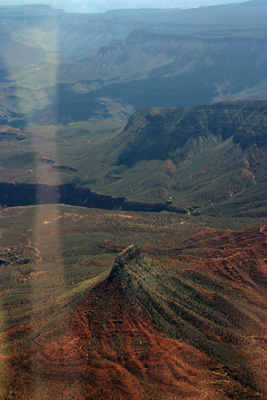 I heard on the radio a dozen of tour operators working below me. At my altitude I was alone over this spectacularly large piece of beauty. 45 minutes of intense impressions were stopped at the West Rim of the Canyon. 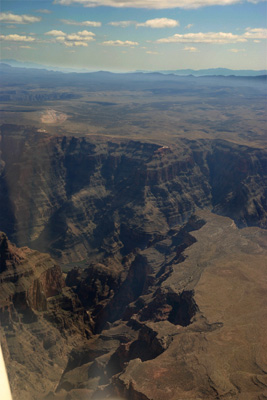 There you find the airports named Grand Canyon West, Pierce Ferry and Temple Bar where I only landed in Microsoft Flight Simulator years ago. 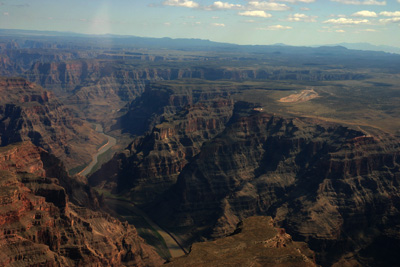 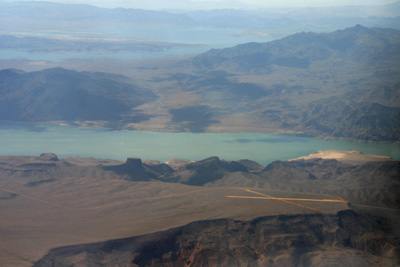 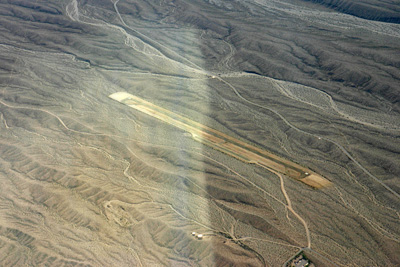 I returned via Lake Mead and the Hoover Dam to Henderson airport. There I ended the most beautiful flight of my life ! 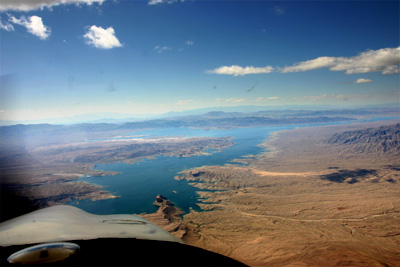 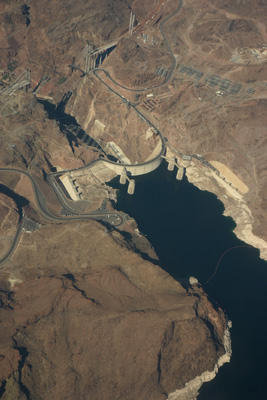