I planned a solo flight to two airfields in north France where I had not been yet. I also added some IFR practise into the mix for good measure. The two chosen airfields are Amiens (LFAY), served with a simple yet effective NDB approach along the Somme river, and Dieppe (LFAB) – set near the beautiful Picardie atlantic coast. 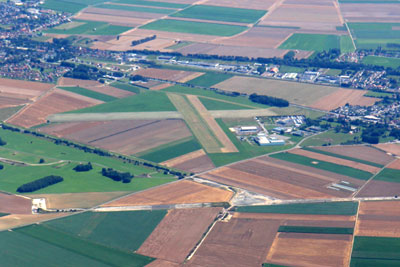 But first I had to cruise southbound from Kortrijk (EBKT). With such bautiful weather, I elected a flight level and Lille approach helped me nicely passing their active zones. 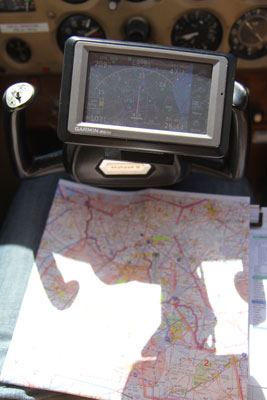 I am slowly coming to gripms with the easiness of having a GPS system on board. Easiness and additional safety I have to admit. I am happy with my investment. 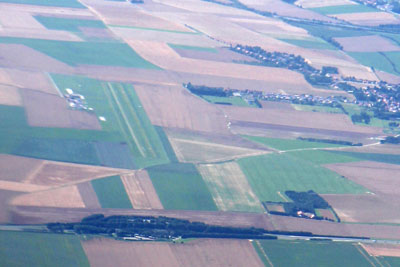 I passed abeam Vitry-en-Artois (LFQS) and Arras (LFQD), did the NDB approach at Amiens (LFAY) and landed there for a short stop. 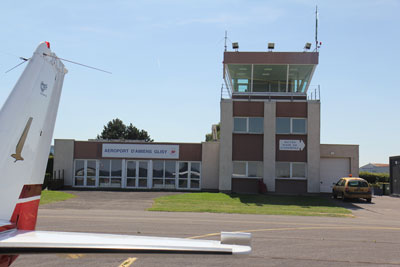 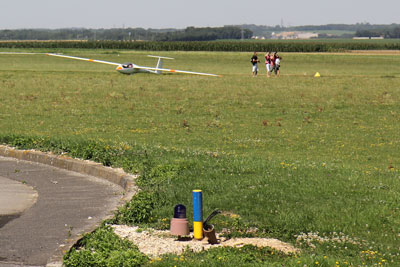 Lots of gliding activity on the airfield, but all was easy-going ! 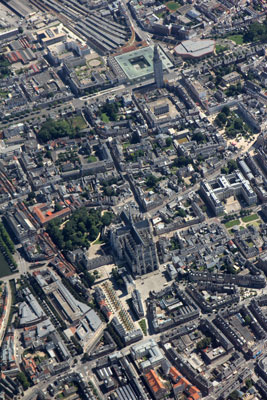 Some minutes later I set course to the west and passed overhead the historic city of Amiens. 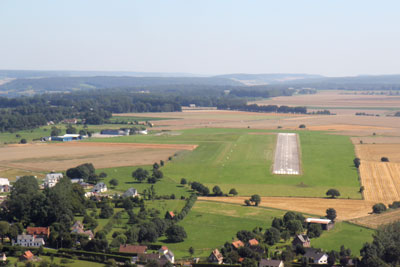 And after following the Somme river downstream for a while, I saw the Atlantic coast and approached Dieppe (LFAB) via its harbour over the sea. A beautifully set approach ! 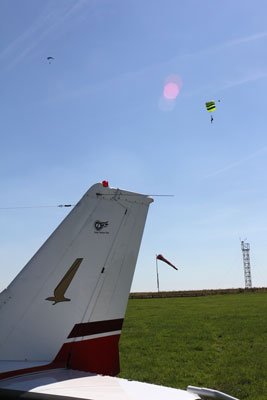 Parachute activity over there. 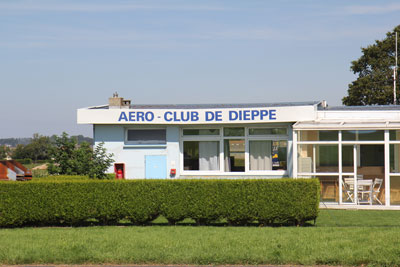 And a nice lady with her daughter “manned” the tower where I paid the 10 EUR landing fee. 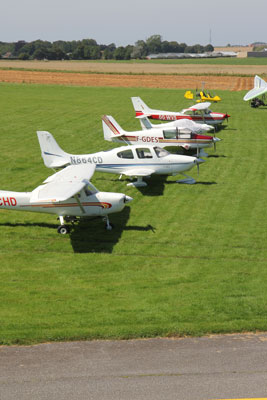 The last leg northbound back to Kortrijk was to be the most beautiful leg: along the coastline, over the Somme Bay towards Le Touquet ! 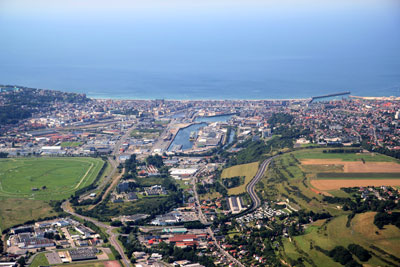 But first I could pass the Dieppe harbour again, soaking up the summer sun. 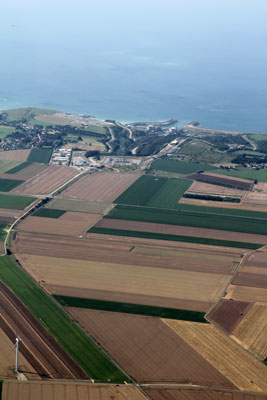 Just north of Dieppe, there is a prohibited zone: better avoid the nuclear site ! 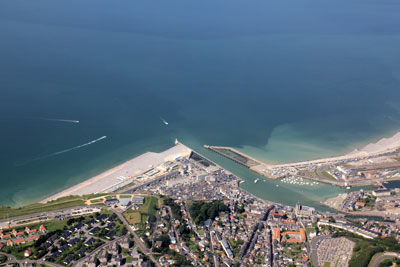 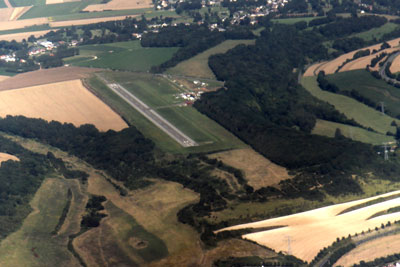 Next harbour was the one of Le Tréport, served by its own restricted airfield, full of activity. 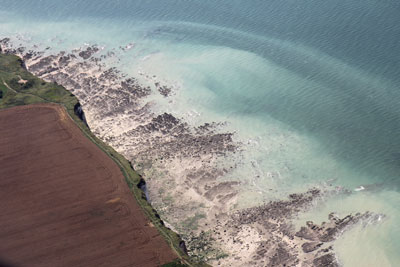 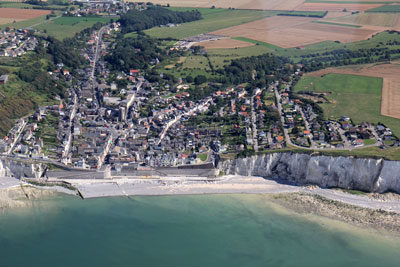 White cliffs and steep coastlines mirror those of neighouring England. 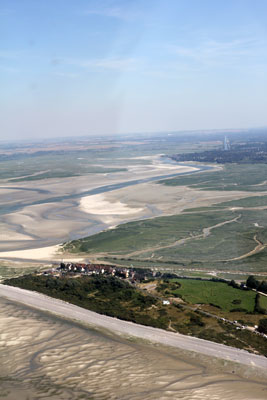 And the small Somme river spits out its water in a grandiose way: the nature area of the Somme bay. I have always wanted to fly there – its is so nearby, so today I was happy to have the best weather of the year ! 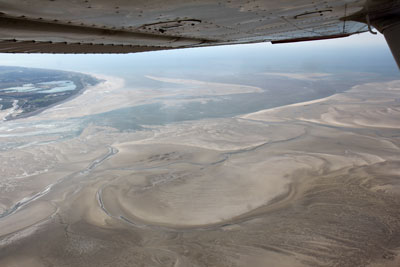 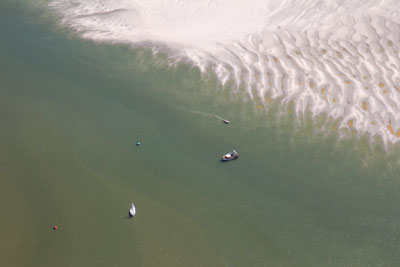 And somewhat more to the North you find the airfield of Berck-sur-Mer (LFAM), where I had landed years ago with Wim. And of course also Le Touquet (LFAT) of which I am a familiar customer. 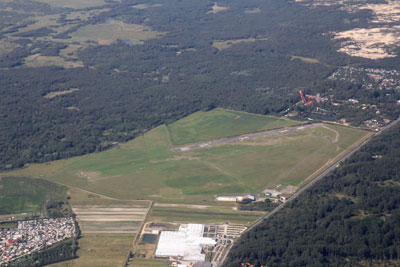 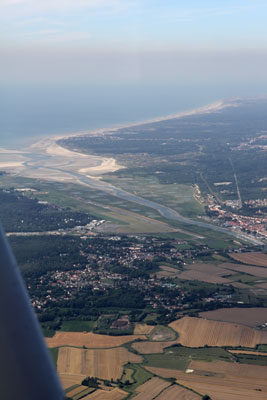 Finally, I passed Saint-Omer airfield (LFQN) where I have been multiple times, with somewhat to its south the WOII site of La Coupole. This I still need to visit one day, and I know the method of transport ! 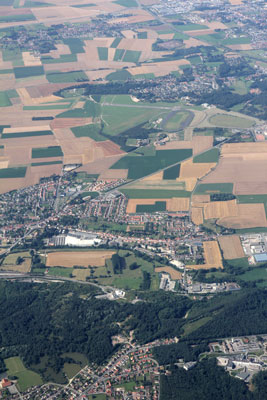