The end of the year is approaching. Due to the low availibility of the Mooney and some family affairs (a new daughter is born !), I have flown less than planned this year. In order to make up for it – partially … -, I booked and planned a simple international VFR flight across the Belgian-French border to St Omer (LFQN).

I used the trusted OO-WVS Cessna 172, and I took my oldest daughter as co-pilot along for the first time. 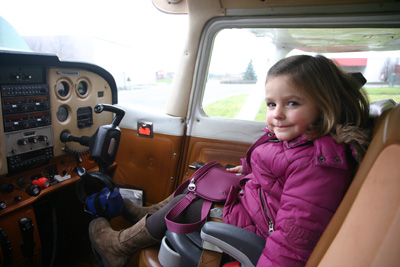 It was a beautiful winter day. Cloudy but flyable with gorgeous streaks of light piercing the thin cloud layer. The wind was rather strong: 30 knots from the west at VFR altitude. 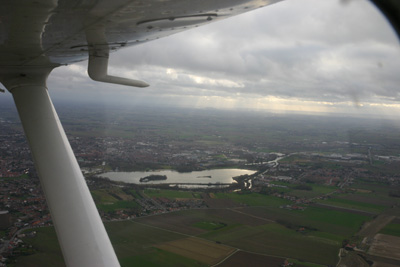 As my daughter likes to color color plates a lot, she basically continued that important work while aloft. In the meanwhile I did a landing and take-off in Merville (LFQT), which is approximately along the way from Kortrijk to St Omer. Runway 22 in Merville offered a nice crosswind landing ! I was glad to exercise my crosswind technique once more. 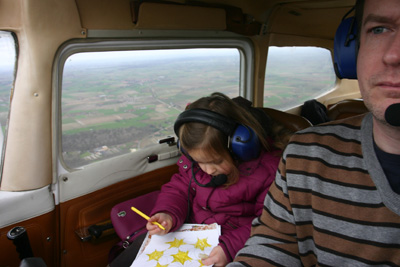 The landing in St Omer (only a 600 m concrete runway !) was easy, but still interesting. First of all, the 30 knots wind was in the perfectly in the axis of runway 27. So I landed almost stationary. I think I used only 100 m runway.

What made this landing really ‘interesting’ was the fact that there was a helicopter on the ground, with turning rotor, in front of the threshold of my runway 27. I called blind for ‘base’ and ‘final’ on the air-to-air frequency 123.5 MHz, but never had any reply from the chopper. I was not sure whether this heli would suddenly take off in the direction of the runway that I was set up to land on. So I continued my approach óver the heli and landed… While taxi-ing back, the heli took off after he made a blind call. So he called and I heard him … but imagine he or me didn’t … Afterwards, I realised that I should have addressed the helicopter directly over the radio to hear his intentions as I had no assurance that he had heard my blind calls over the radio. He couldn’t have seen me as his nose was pointed towards the runway. I strongly believe I had the legal right of way though but in aviation, you should not make assumptions… Another learning point !

After the flight, my daughter was proud to pose with the airplane showing us the coloring work she had performed during the flight. 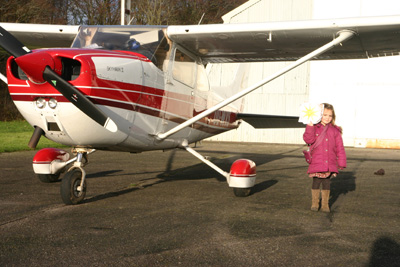 There was nobody at the airfield. This made me partly creepy and partly happy, as nobody was there to charge any landing fees ! 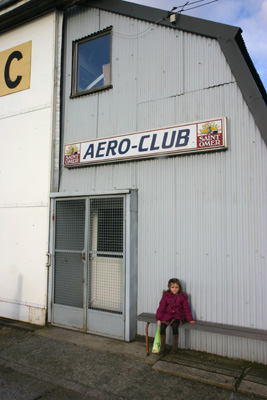 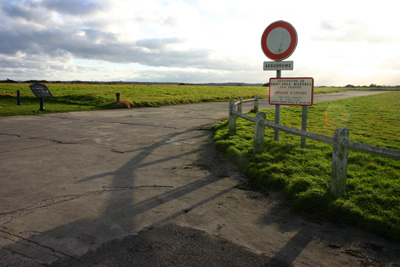 Apparantly St Omer served as a WWI (’14-’18) airfield close to the battlefront around Ypres. 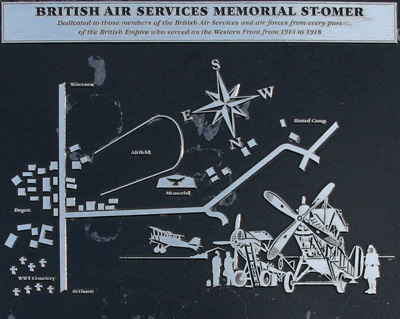 After a short stay on the ground in St Omer, we returned to Kortrijk (EBKT) with the wind in our back. Soon we were overhead Kortrijk at 2000ft to set up for the left hand downwind to runway 24. 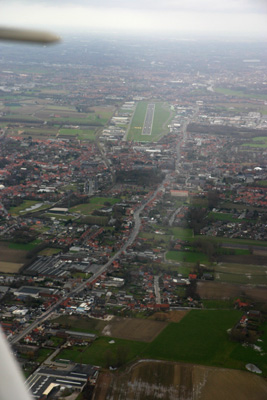 While maneuvering to land, I noticed that my co-pilot had fallen asleep after all the tiring coloring work … A fine family tradition had been born ! 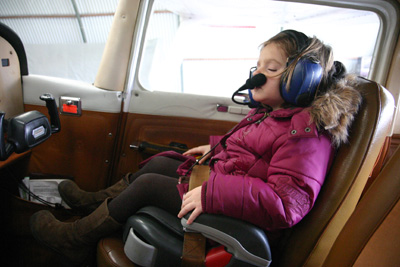