Going for the Class 1 Initial Medical with ECLG in Brussels

If I want to obtain higher licenses and ratings than my JAA PPL license, I have to obtain a Class 1 Medical certificate. Today I hold a class 2. In fact I hold three medical certificates (all from the same doctor): a JAA European Class 2, a DCA Malaysia Class 2 and a FAA US class 3. As I am closing in to the magical age of 40 years, better do this Class 1 thing now rather than later, I am thinking…

If you want to obtain a Class 1 JAA certificate in Belgium, you should go to a recognised aero-medical centre for the initial tests. Consecutive checks can be done with a recognised aero-medical doctor (AME). In Belgium there are three (see also on the website of ‘Het Bestuur der Luchtvaart’) centres where you can do this initial check: the government one (Expertisecentrum van Luchtvaartgeneeskunde – ECLG ), the one of the airforce and the one from Belgium’s leading flight training organisation (Sabena Flight Academy).

As I had chosen the ECLG for my JAA Class 2 medical license 6 years ago (see Validation), I made another appointment there for my initial Class 1. This is easily done via a form available on their website that can be emailed to the friendly and responsive secretariat of that organisation. Very soon after your application, you get an email reply with an appointment date and some instructions. I fixed an appointment roughly three weeks after my initial email. The email message is followed by a letter containing also the medical form that you need to fill out with all your medical details.

I had prepared this check as follows: 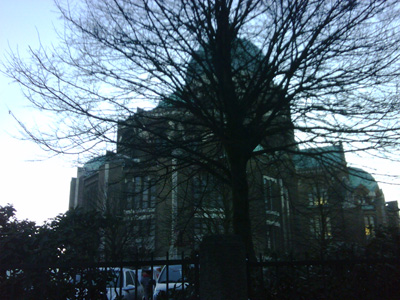 The day of my appointment, I arrived in time at the WTC III Tower (8th floor) at the Simon Bolivarlaan 3 in Brussels. The invitation letter serves as parking entrance below the WTC III tower. You can pay the whopping fee of 409.23 Euro with Bancontact at the reception. Albeit that I hold a Class 2 already, I did not get discount for this Class 1 initial… However I believe that they did not perform some tests again as they had my initial Class 2 file handy. In fact, it struck me that they kept records of my whole medical file, also the reports of my class 2 renewals I took in the meanwhile in Singapore … it was all there ! So for those who wonder if it makes sense to do Class 2 first and later Class 1: you don’t save money, but you do save some tests in function of goodwill and available time & motivation of the testing doctors. They even speak of ‘an upgrade’ amongst themselves, although there is officially no such thing as an ‘upgrade’. For instance, I did not have to redo the infamous test with the hot water into my ear to test my equilibrium senses … and I didn’t mind :-). 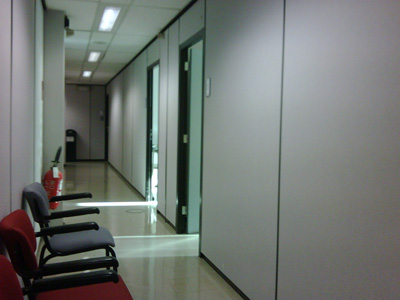 Allow me to describe the tests here as a reference for possible future ‘patients’. By all means I am not medically schooled … this is a layman’s report and is probably not complete, correct or representative, so don’t take it too serious. 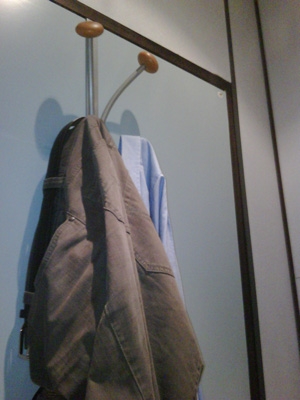 Next visit was to the ‘general doctor’ :

Next: Ears, Throat and Nose – this went very fast:

This was the end of the sessions at the WTC III Tower. It lasted about an hour, and there were hardly any waiting times. Doctors and secretariat were very friendly. If needed, I’d go there again. There were actually quite a lot of people undergoing these tests that day … good business I’d say ! 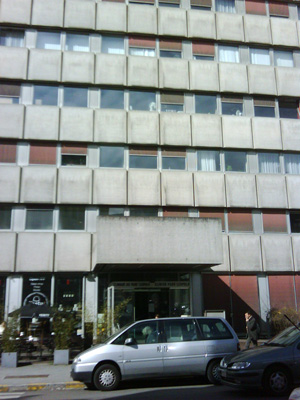 From the Secretariat I had been given two envelopes for the two afternoon tests I had to take in the Kliniek Park Leopold in Brussels, a 10 minute drive from the WTC III Tower. I was advised to eat something before the EEG test, which I did …

First stop was with the Radiologist (floor -1). You show your paperwork and they know you’re a (wannabe) pilot. There it took exactly one minute to make a Thorax X-ray image … 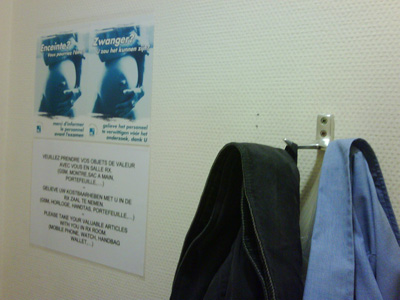 Next stop was at the Neurologist (6th floor) for the EEG (Electro Encephalogram). Again by handing the papers they know what to do. It lasted about 15 minutes:

The whole test is apparantly designed to provoke a Epilepsy seizure. And some people apparantly do get a seizure while otherwise they never had it. I did fine luckily.

Friendly people there … no bad words about that !

So, now I am waiting for the results … hopefully I will get my Class 1 medical soon !

By the way, sorry for the most boring pictures ever …

UPDATE: two weeks later I received the Class 1 license in my mail … I got it !