I was on a three week tour around the world for business. I had visited Japan and Korea, and now I was visiting the US. Canada was still to come. Of course, I had foreseen to fly, so I had brought my minimal flight gear along: license, log book, headset, watch and some smaller stuff.

I was staying in the northside of Phoenix, Arizona, actually quite near to the Deer Valley Airport (KDVT). So I sought out the local flight school, made an appointement during the weekend and I did my check-out with the resident flight instructor. Westwind School of Aeronautics caters normally for ab-initio teaching to larges hordes of Asians. But they didn’t mind at all that I rented a Cessna and planned for a little tour up North. 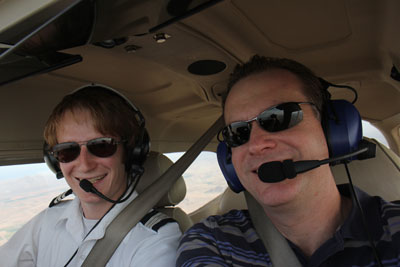 During the checkout flight, we crossed the vaste Phoenix Sky Harbour airport (KPHX) via the designated VFR corridor. 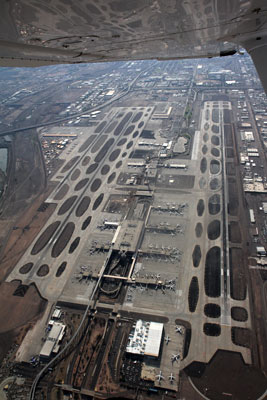 Next day, the plan was to fly up north to visit Sedona (KSEZ), then onwards to Valle airport where I had found that it boasted a nice airplane museum, and than onwards to the Grand Canyon airport to meet up an old friend. Fuel tanks were filled to the tops. And I set off northbound away from Phoenix towards the mountaneous desert. Whenever I fly over this desert, I always cater for extra water, food and clothing: I don’t wanna die from thirst, hunger or cold when having survived a potential craft while waiting for rescue to come 🙂 . 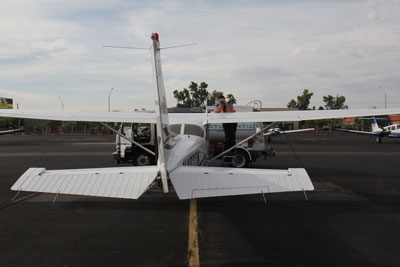 I got on Flight Following, talking first to Phoenix Approach, and later to Albuquerque Center. They kept an eye onto me in case something wouldgo wrong, even when flying VFR. I was actually quite alone in that piece of teh sky on that Sunday morning. 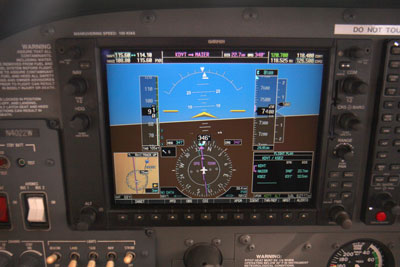 After a while, the scenery changed and some red rocks became visible: Sedona came into view ! Sedona was one of the destinations that I wanted to fly into to, but never was able to. I though I would fly there one day from Las Vegas … but it works even better from Phoenix. Sedona is famous for its red rock formations, laid out in a rather cute fashion. Its airport is well-know for its aircraft accrier type of approach: it is situated on top of a mountain, with steep sides down. Along these side, some turbulent wind enjoys itself making the final approach diffucult. However, when I flew there, everything was easy. 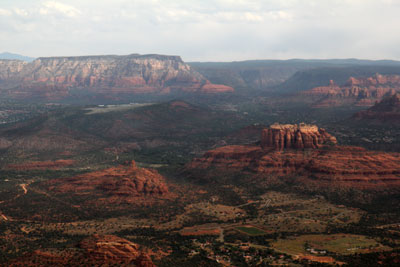 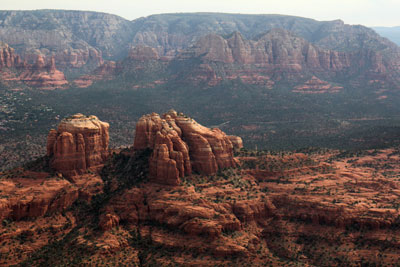 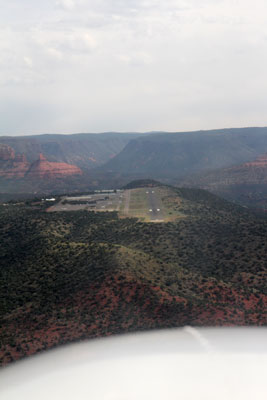 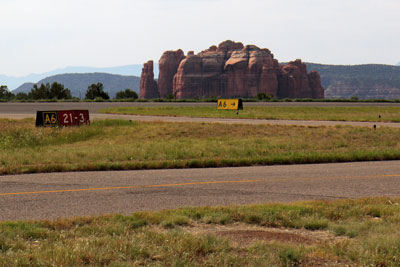 I landed uneventfully, parked the rented Cessna and set out to visit the area. I rented a car per hour and drove northbound through the city. They told me that the northern road was very scenic, and indeed I enjoyed that little carride very much. 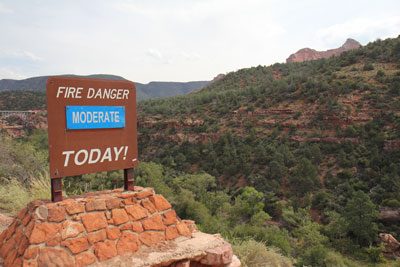 After a while, I drove back and paid a small amount for the rented car: I highly recommend this for people flying into Sedona ! At the airport, I literally had the $100 hamburger ! 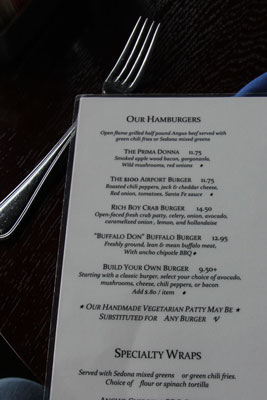 Next part of my journey was leaving Sedona and flying more north towards Valle airport (40G). Valle airport sits just south under the Grand Canyon and boasts a very nice airplane museum: the Planes of Fames Airplane Museum ! 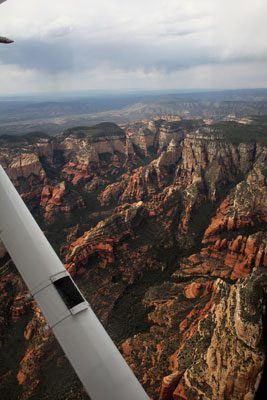 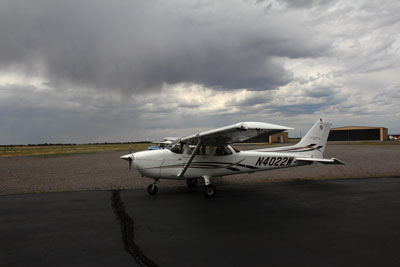 This museum is truely a treasure in a rather forgotten spot. Although it was slightly raining a bit when I arrived, my aviation heart started racing heavily with the sight of all these old airplanes in a row ! 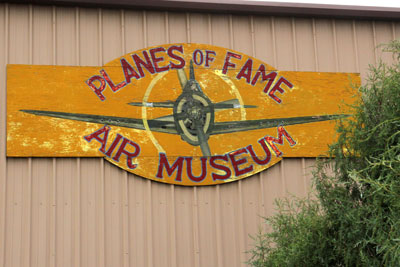 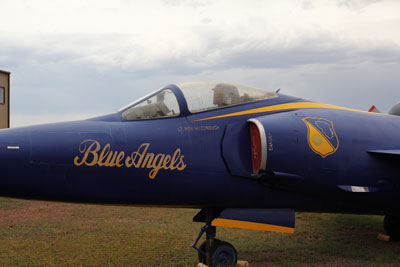 There are two tariffs to enter the museum: with or without a guided visit to the Connie. Guess which tariff I choose …

The Lockheed Constellation, baptised “Bataan” was the private airplane of General Douglas MacArthur, used by himself during the Korean War. This airplane is very nicely restored in a flyable state. 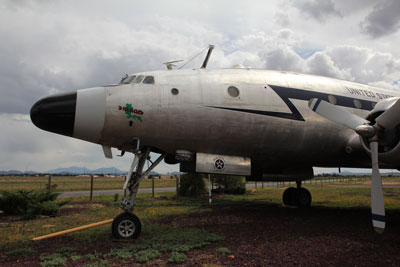 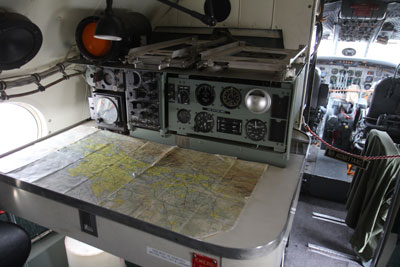 General MAcArthur had his private desk and be, foreseen some neavigation equipment etc… 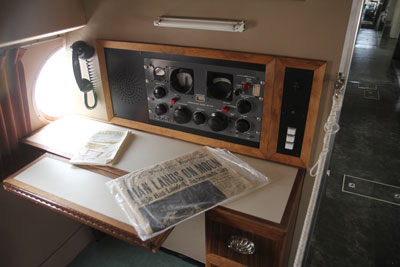 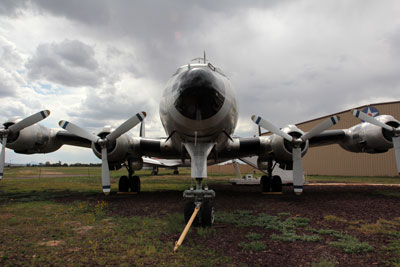 Inside the museum, there are lots and lots of airplanes and memorabilia… 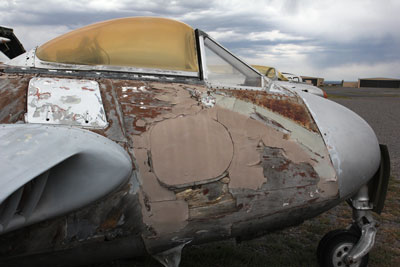 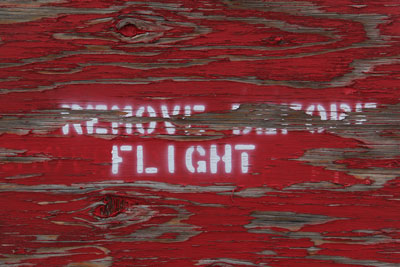 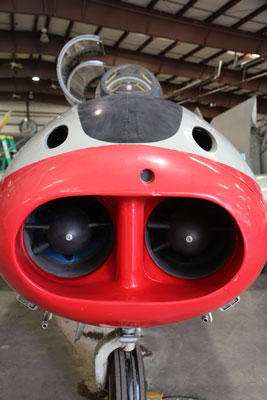 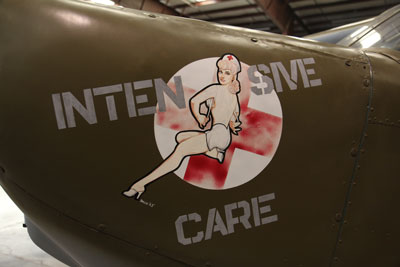 My friend, who I was planning to meet at the Grand Canyon, cancelled his private flight from Las Vegas due to weather… So instead of heading further north, I decided to call it a day and returned to Phoenix. The weather had indeed deteriorated, and there were rainshowers around my little Cessna. Also the Nexrad radar, received on the G1000 was indicating the rainshowers (in green). However, the picture outside the windscreen was faster in update. 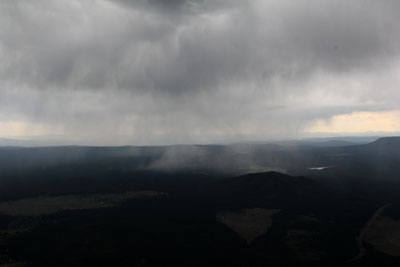 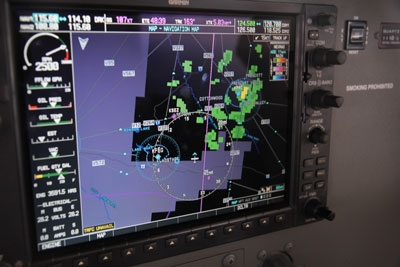 Towards Phoenix, the weather cleared completely, and I finished the flight timely and safely. What a beautiful part of the world Arizona is !