Although I have multiple hours flying at night on my FAA private pilot license, I do not possess a EASA night rating yet. This of course needs to change as it is a gaping hole in my flying curriculum ! A night rating allows you to operate an aircraft at night under VFR flight rules.

I decided to obtain the rating with Ghent Aviation, a rather new relaxed boutique training organisation who operates a Piper PA28-140 on Kortrijk airport (EBKT). Koen is the owner and chief instructor, and he runs a tight ship: well organised, disciplined but also a demanding instructor. For him, instructing is a serious hobby and a business at the same time. I like that attitude. 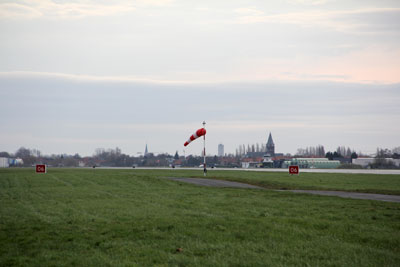 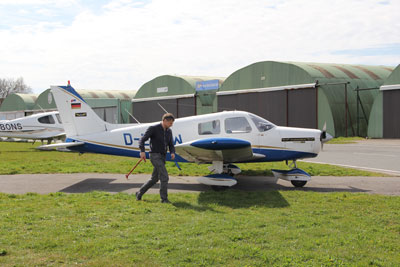 During the long wintertime, we covered the required theory course towards the night rating. This spring, it is time to do the five hours of training at night. Before starting the night rating training itself, I practised on the Piper PA28-140 D-ELWW of Ghent Aviation.

Then it was waiting for good weather … Having purchased an iPhone recently, I started experimenting with weather apps so I could closely follow the weather from where I was or landed. After trying many, I settled onto the app “Takeoff” from Takeoff Aviation. I can highly recommend the app to anyone, everywhere in the world: it’s simple and it works.

We did a first night flying practise attempt before summer. The way we organised this was: we first did a positioning flight from the base in Kortrijk (EBKT), in the evening, but still day VFR, to Lille (LFQQ). Then in Lille, we fueled and waited for the aviation night to begin. Then we practised VFR night flying until deep into the night. We took a taxi and stayed at a nearby hotel, and the next morning, we positioned back to Kortrijk, day VFR.

During that first night, I managed to practise 2 hours at night, before low ceiling came in to stop our plans for the night navigation exercise. 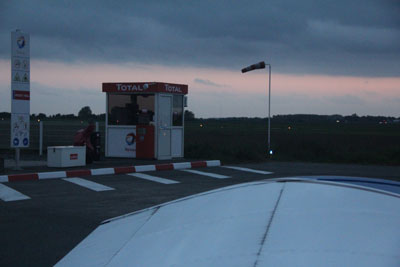 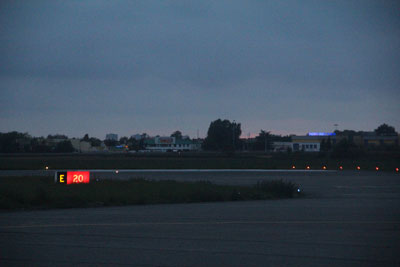 After summer, we found another slot and basically set out for the same procedure. This time, weather fully co-operated and I could do my solo touch-n-goes in Lille, and a beautiful night navigation to Le Touquet (LFAT). I totalled over 5 of the required night VFR practise hours. 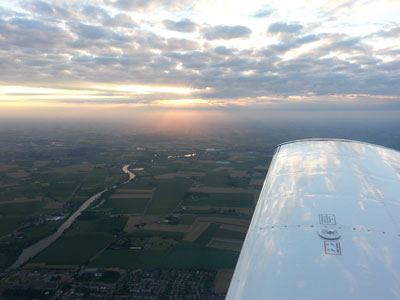 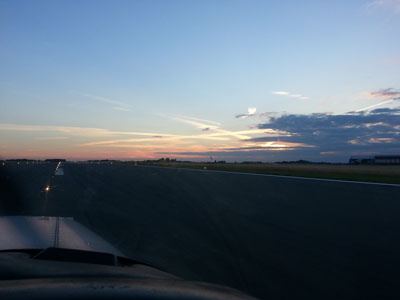 In fact, the visibility was so good that when flying over Boulogne VOR, we could see the lights of the ships in the Channel, and the lights of Dover in England accross the water ! Some minutes later, we were being bothered by green laserlights aimed at us: some funny guys tried to blind us … We operated the Pilot Controlled Lighting (PCL) system in le Touquet and landed on runway 14 under the lightbeam of the local lighthouse shining over the small harbour: fantastic ! 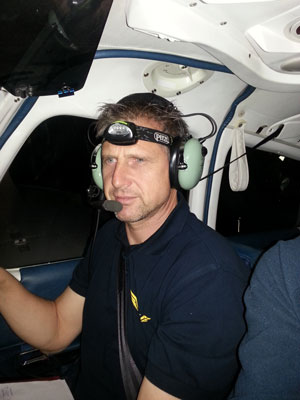 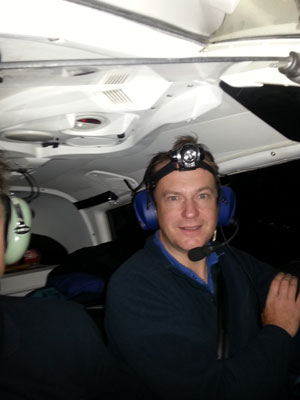 Having done all necessary work for my Night Rating, the only thing left to do was to fill out my paperwork and request my updated license. As this Night Rating was requested after the new EASA Part-FCL regulation got into law, I was issued my first EASA PPL license, with the statement “NIGHT” added. Good news: this license is valid for life ! 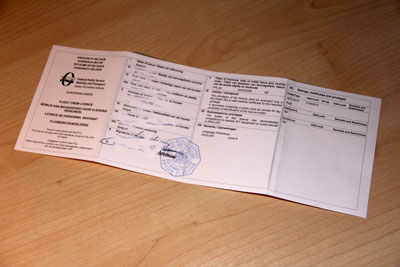 Thanks to Koen from Ghent Aviation for the professional teaching !