It’ been a long time that I had flown. In fact, it dates back from my Mooney IFR trip to Karlsruhe, and that is more then 90 days ago. In pilot speak, it means that you are not current to take passengers along anymore. So it was urgent for me to log some flight time, to perform some take-offs and landings (three !) and to generally dust off my pilot skills.

The best remedy against pilot dust is to just plan a flight in your agenda. And so I did: I booked the club‘s Cessna 172 (OO-WVS) on a quiet yet beautiful Sunday morning early January. In fact, the METAR ar Lille Lesquin called for CAVOK (=ceiling and visibility ok), the mythical term for great flying weather, opposite to my winter flight a year ago. As this was to regain my passenger carrying rights, this was to be a solo flight. 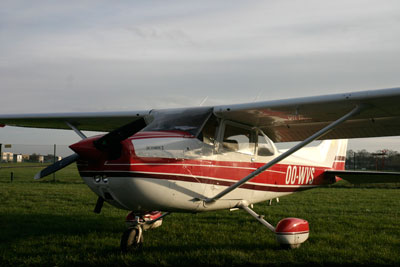 First I wanted to fly easily to Koksijde, but I learned that you need to be a personal member of the club there in order to be able to land at this Airforce Base. So I changed for convenience to Ursel (EBUL), like many times already. 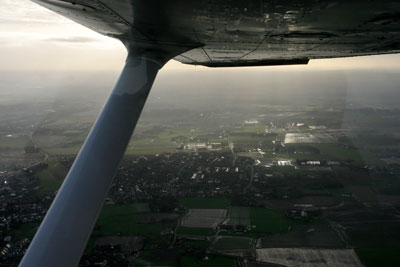 When preflighting the Cessna, I discovered almost full fuel tanks, so I saved myself the hassle to refuel. Soon I was airborne after such a long time, and then I realised that I missed this feeling dearly… How could I have waited so long? Fully in control of the old venerable flying machine, yet subject to the weather that had chosen to be quiet and easy today. Just as if the molecules were still in their winter sleep. 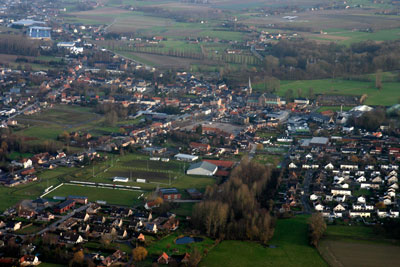 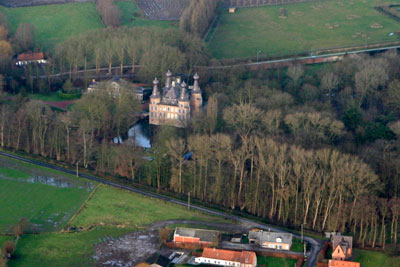 I passed Waregem to my left, and took a couple of pictures, and so did Kruishoutem and Lozer. 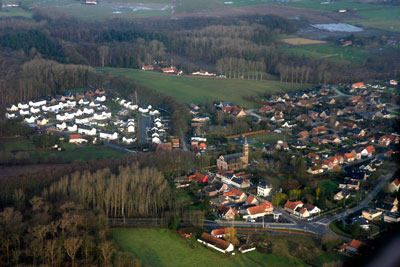 At the non directional beacon of Mackel, I turned northbound to find the old NATO compliant airfield of Ursel. I was talking to Brussels Information and it was clear that I was not the only one who had flying-itches this morning. 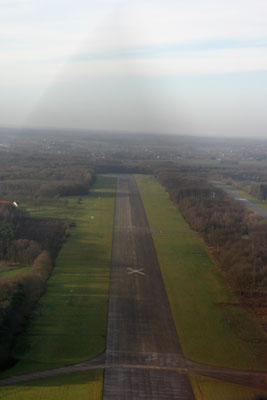 Overhead 1700ft, then left hand downwind for runway 25. First a touch-and-go (1 slot), followed by a full stop landing to sense the air in Ursel (2nd slot). 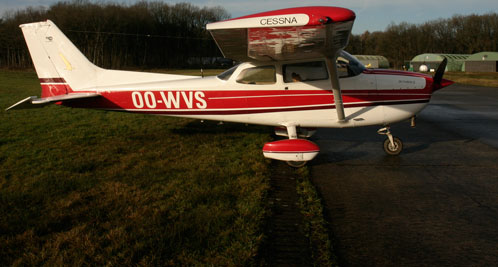 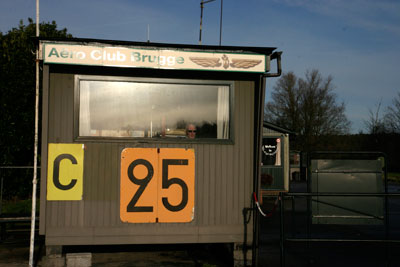 Ursel was so peaceful this morning: no wind, no weather, no stress. It was like the ideal airfield featured in MSFS add-on packages, or like Pantai Remis, that mythical place in my head where I learned bush flying. 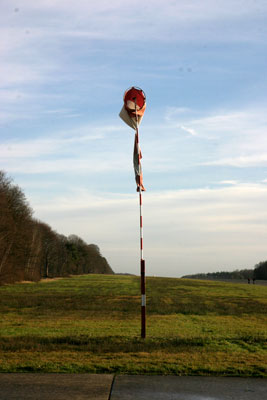 The guy at Ursel Radio all of the sudden came walking (not running – “peaceful” remember) out of his cabin to talk to two guys on mountainbikes who came driving down the active taxiway. Although I didn’t hear their conversation, it must have gone along the lines of: “well actually it is not very safe and not very legal to drive on the same piece of concrete that is also used by flying machines with painful propellers up front. Maybe you might want to consider not doing this anymore …”. TSA, barbed wire fences, video surveillance: eat this grassroots form of security !

So I took off again in my same mind of peacefulness. Flew via Mackel and Kruishoutem back to Kortrijk, joined the localiser 13 miles out and floated along this radiographic line towards Kortrijk airport. On my lefthand side, I took this picture of the city center of Waregem: 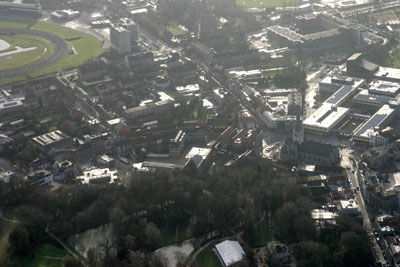 And being for so long established on the localiser, I was allowed in a straight approach to runway 24, my third landing for the day. And this rendered my legal again to take passengers along for the next 90 days. 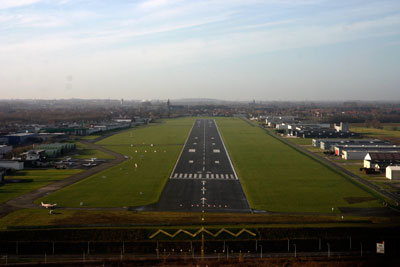 Yes, this was an easy route, with easy weather and an easy airplane, but I didn’t care: I enjoyed every minute of it ! 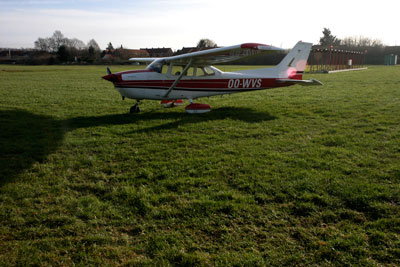