It was the middle of the summer, and apart from vacationing I had not done anything useful yet. The flying microbe was itching so I decided to add another useless activity to my vacation: a long flight to Biscarosse (LFBS), a mythical  airport from where the flying boats from the Aeropostale started on their journey south to Brazil, Argentina and Chili. Biscarosse is at a lake, near the Atlantic ocean south of Bordeaux.

This flight tied flying past with flying future: I had trained for some hours on waterflying earlier that year, and I was going to follow that very Aeropostale route in Africa ! 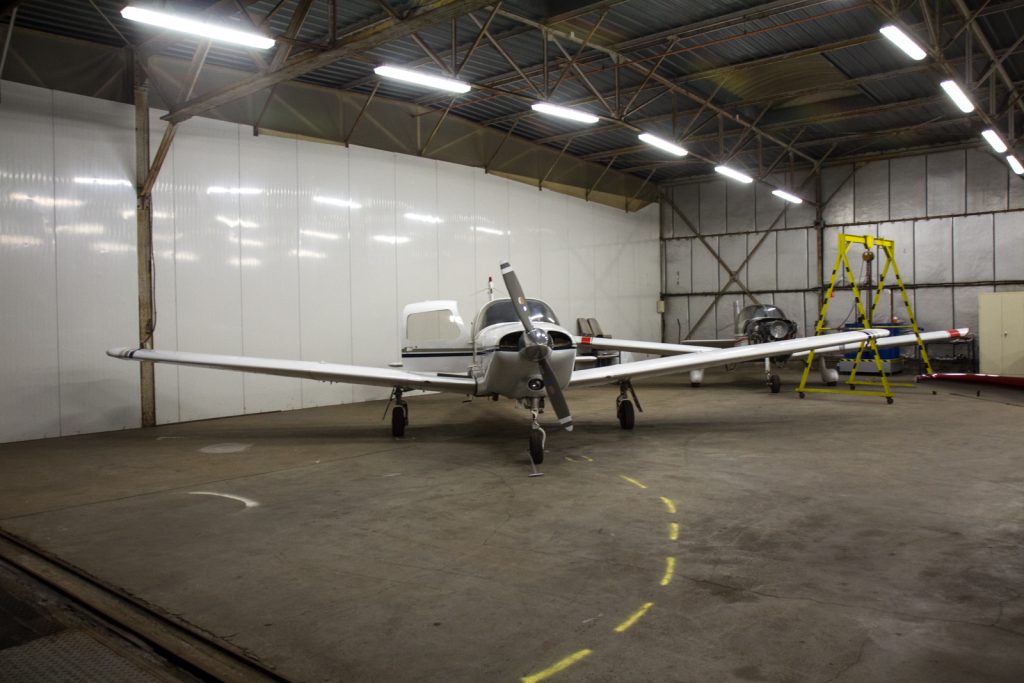 I decided when I would fly to Biscarosse, I would test the theory of taking a bike along to do some local biking. My mother was so kind to lend her electric bike to me, so I could practice loading that vehicle in and out of my Piper Turbo Arrow III. 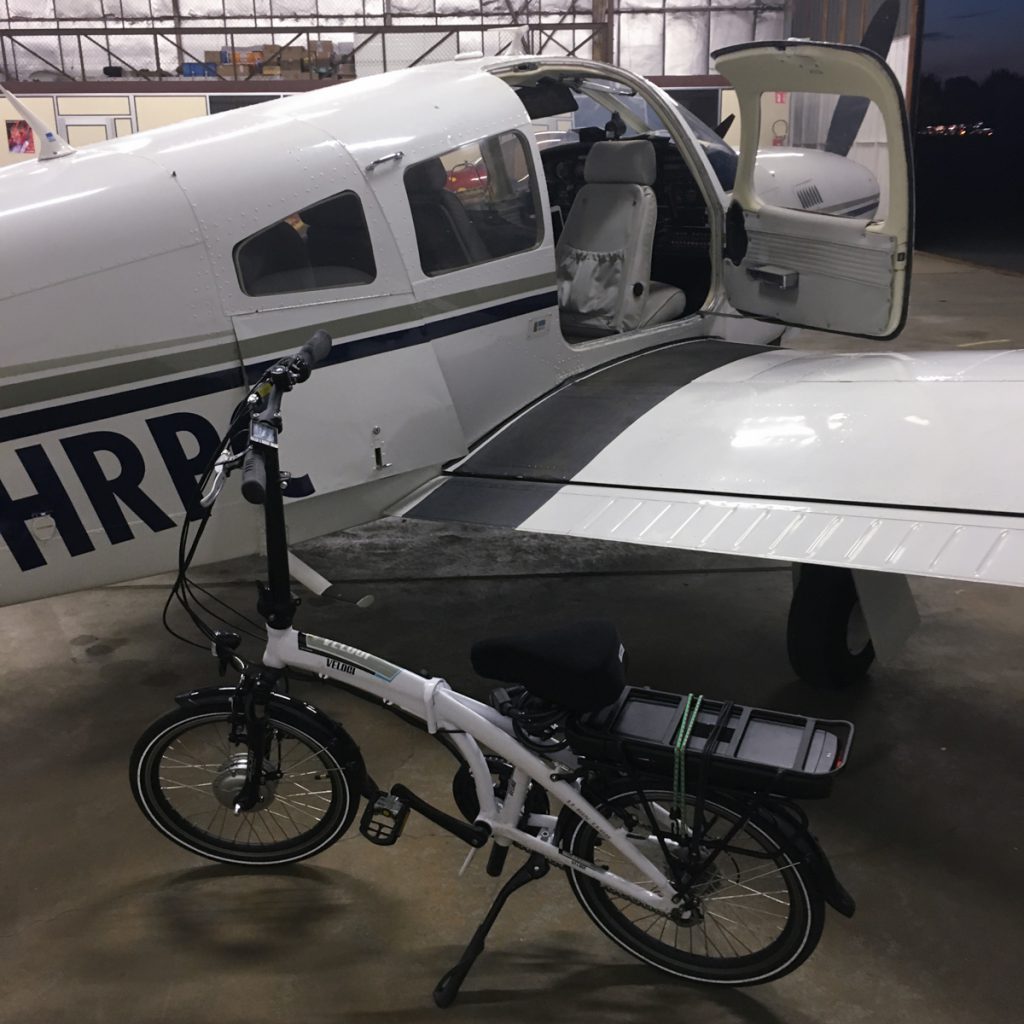 It actually folds nicely and it fits on the back seat. Taking the backseat out would have been even more handy, but there was no need as I flew alone. 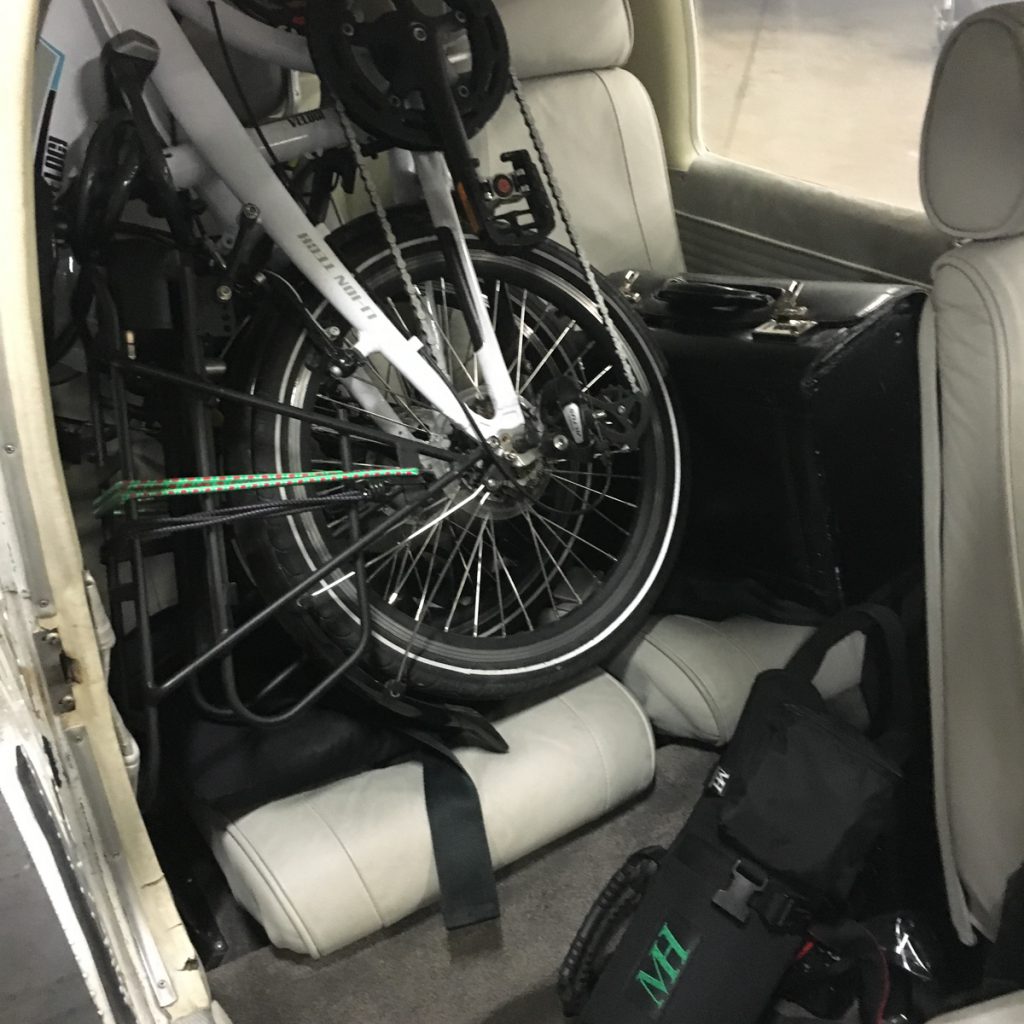 I took the western route around Paris early morning and climbed all the way to FL190 on oxygen. 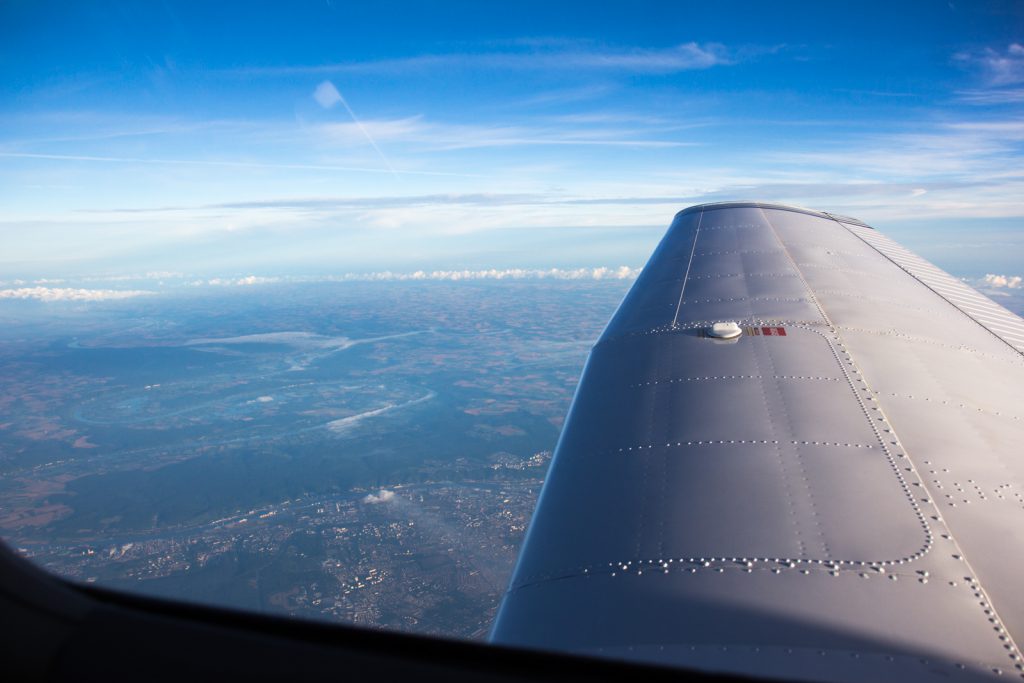 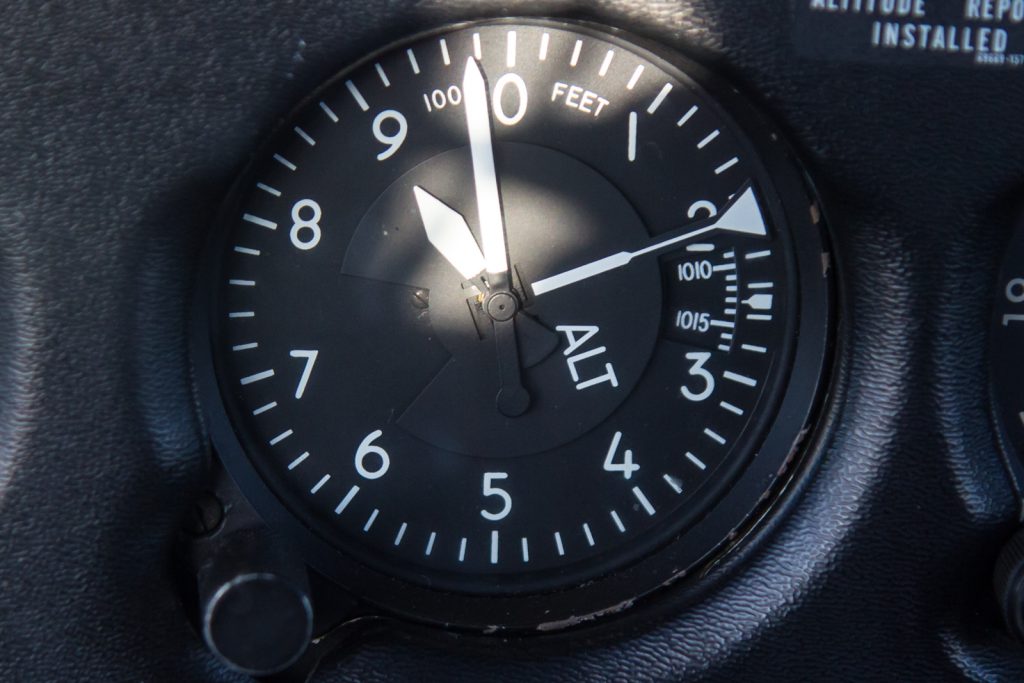 That Arrow flies pretty fast and after 2.5hrs I was crossing the Garonne river in Bordeaux already, ready to descent into Biscarosse. 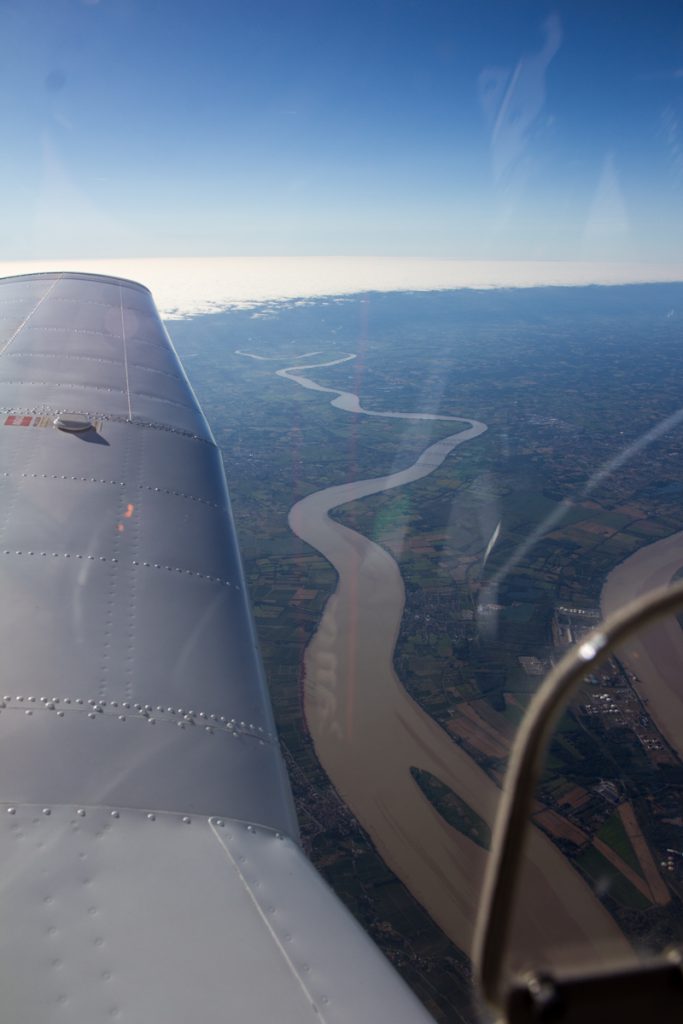 There was nobody on the field. I topped off fuel first so I did not have to bother about that later: that turned out to be a mistake, because the fuel heated up in the afternoon soon, expanded and escaped from the venting hole over the wing, leaving a nasty blue streak of evaporated AVGAS. 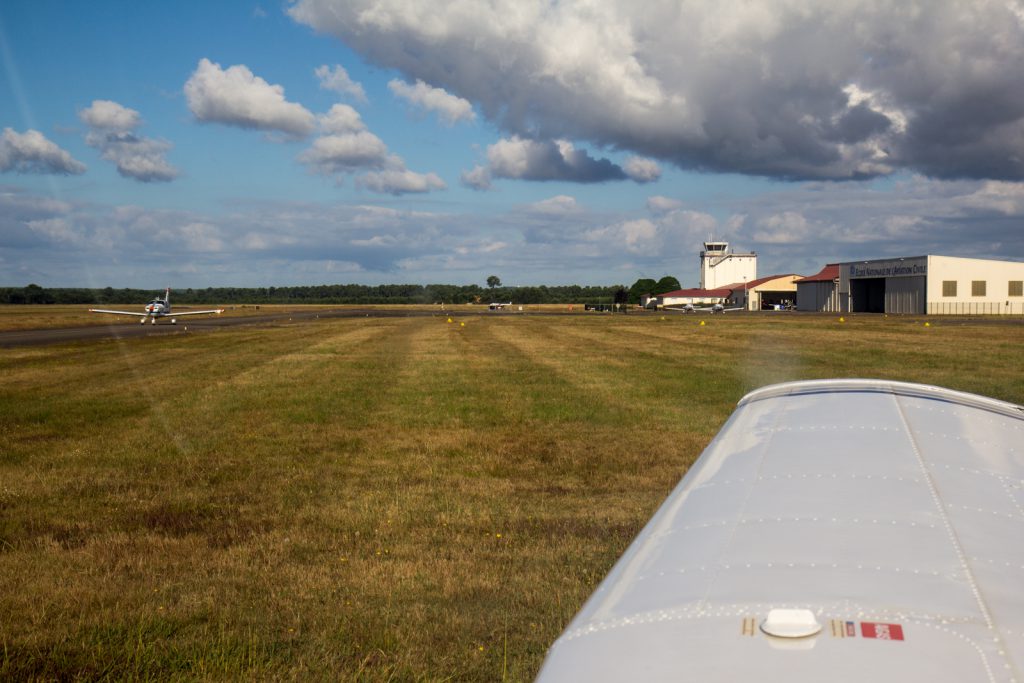 I biked (electrically :-)) towards the lake of Biscarosse (actually “Hydrobase de Biscarosse”) where I indeed saw some floatplanes doing their touch-and-goes far away on the water. 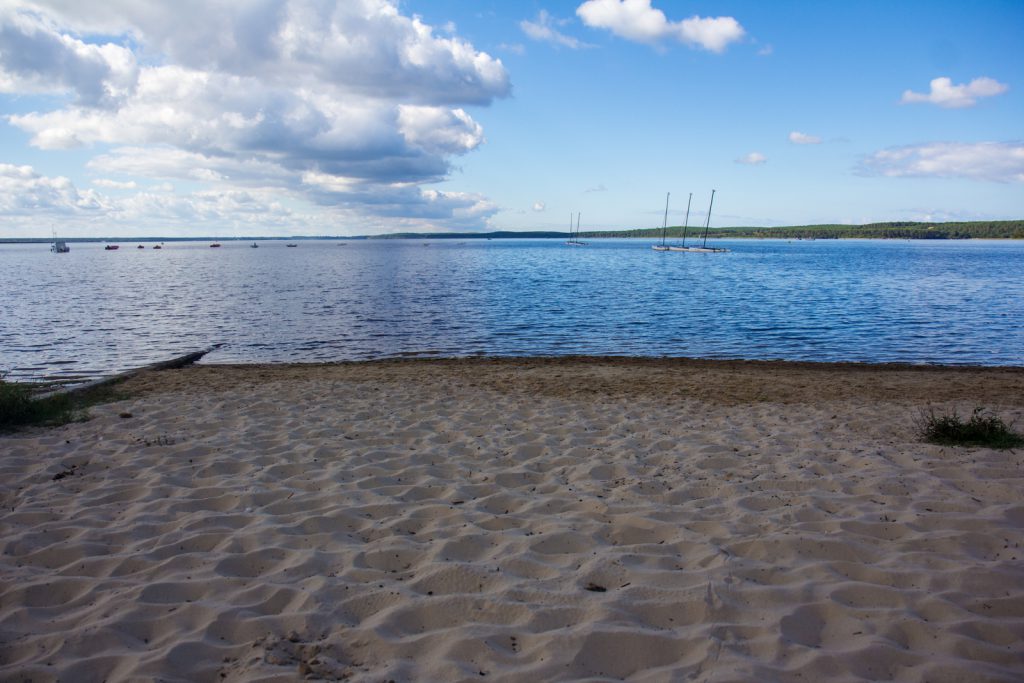 I continued my bike ride to the nearby “Musée de Hydraviation“: a larger-than-you think exposé about France’s golden years of flying boats. If you are in the neighborhood: it’s worth a visit ! 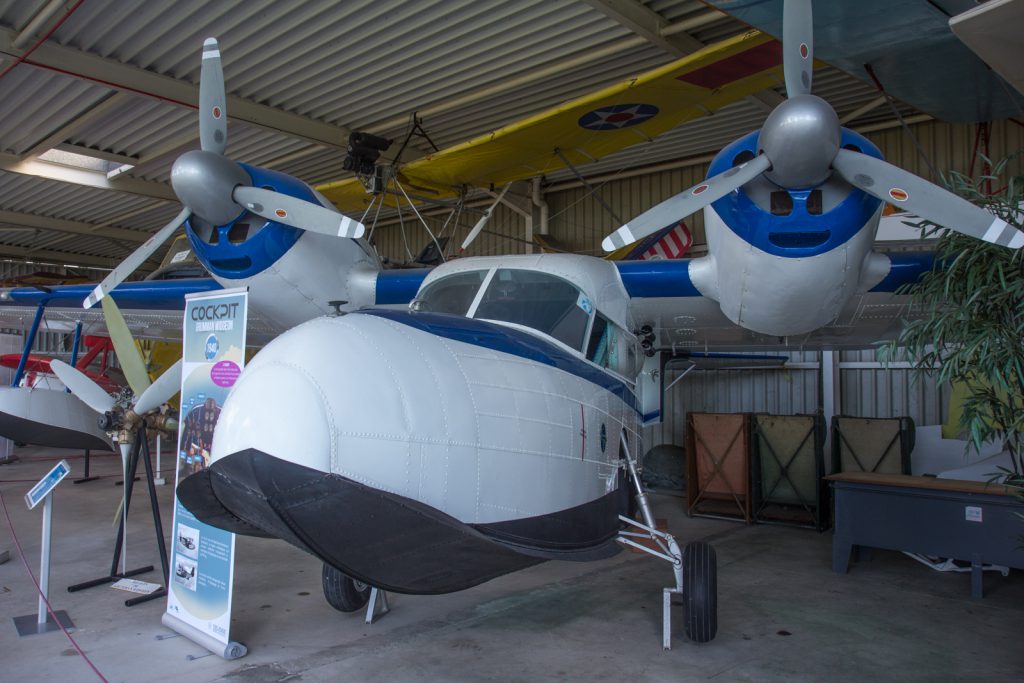 I had booked a hotel at the seaside resort of Biscarosse plage, about 12 km from the Musee. However, I thought I could take a shortcut through the dunes to get to the main road, but the only thing I obtained was a flat tire ! So I continued by foot to a nearby cycle store to get my bike repaired while enjoying a beer and watching the vacationers strolling by.

After about an hour, I could continue my journey to the hotel. 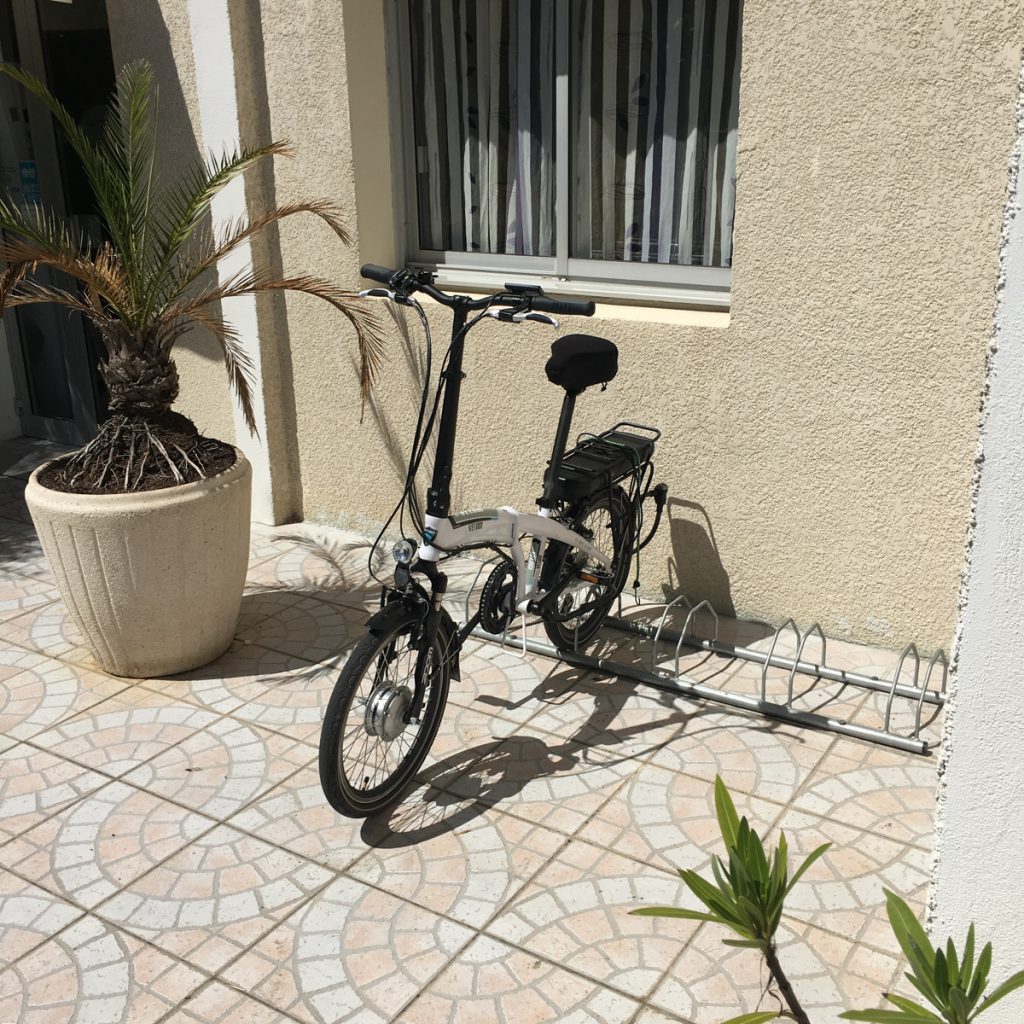 The next morning, I woke up early to bike back to the airfield in the freshness of the summer morning: gorgeous ! I found Papa Charlie back in its original state (except for the blue AVGAS streak) and took off without having spoken to a living soul. This time my destination was Rodez (LFCR) where I had some business to take care off. 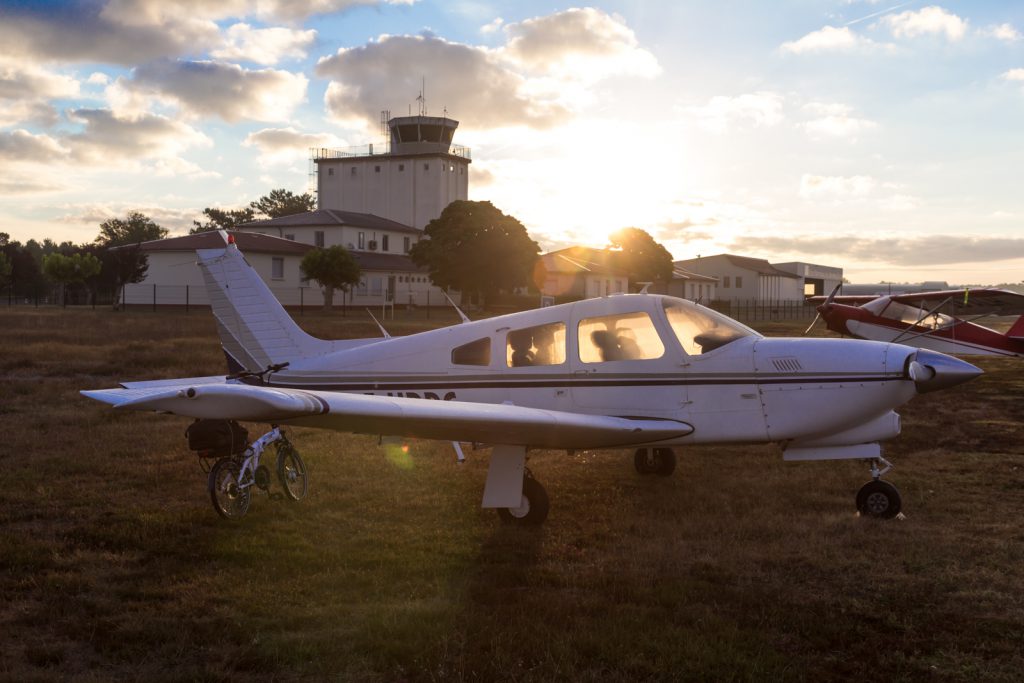 The approach onto Rodez was interesting: I checked in with their Approach frequency. A couple of minutes later, the Ryanair flight also checked in. The controller immediately asked me to fo expect delays because of that 737. I told him that I accept any approach that will put me on teh ground before that Ryanair. He complied and let me do a visual approach onto runway 13 while the Ryanair was vectored to the ILS of runway 31. I was first on the ground and I beat the queue at the rental car desk !! 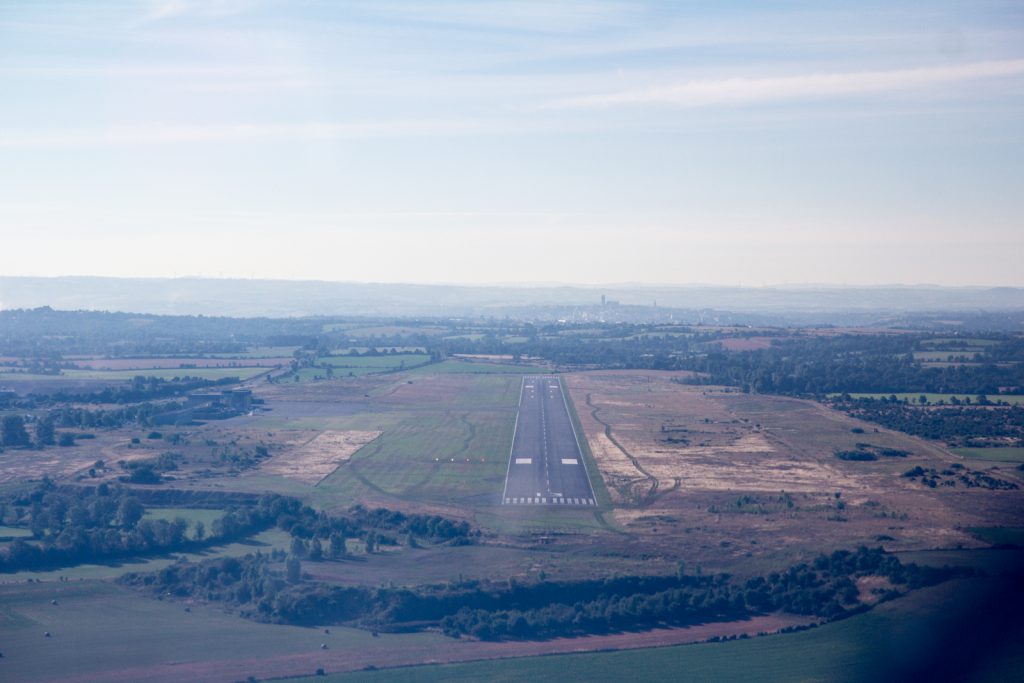 Later that day, I flew back home … to Lille (LFQQ) uneventfully. 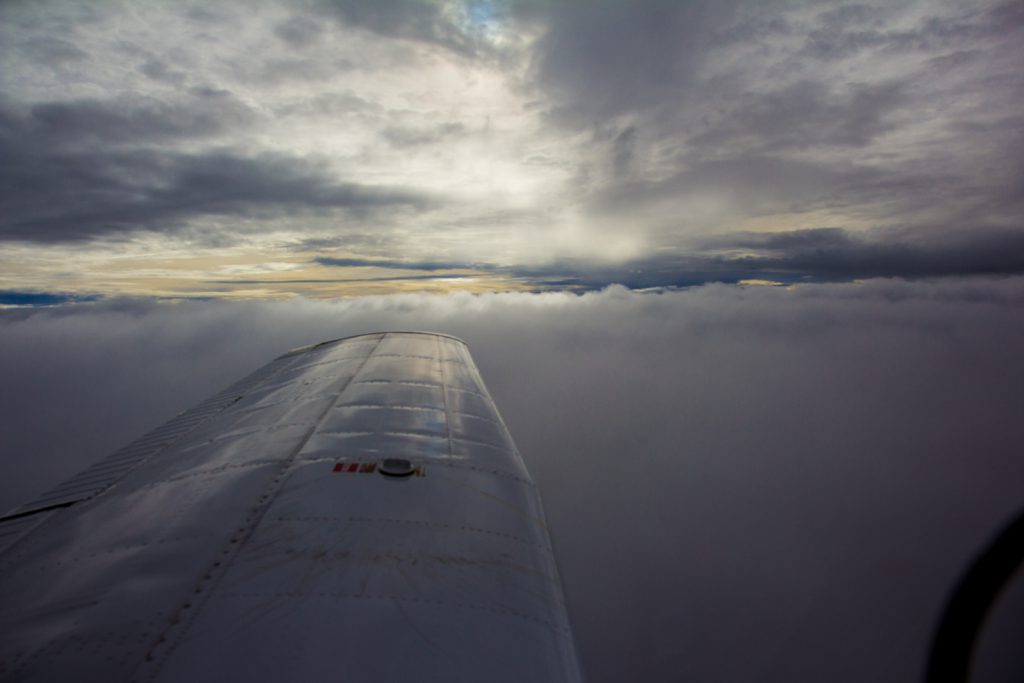 Bringing the electric bike on the plane worked out very well after all. And I was able to waste two beautiful summer days in flying :). 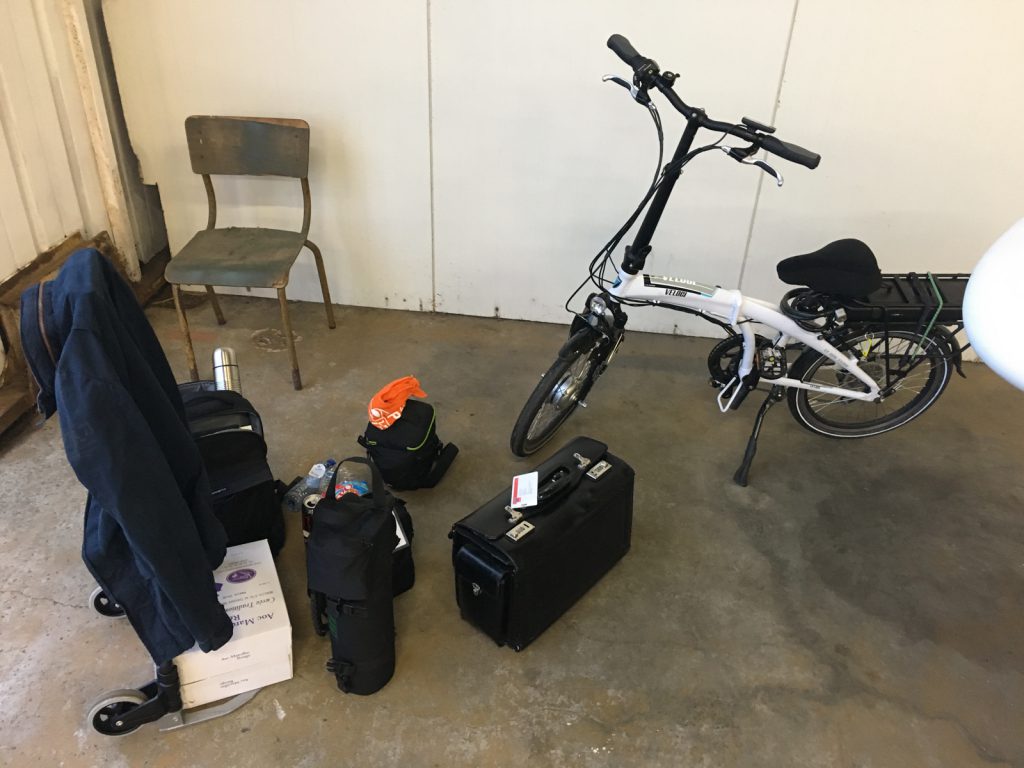