Today we planned to leave Nouakchott, the capital of Mauretania, northbound towards the Western Sahara, an area that is controlled by Marocco. Its main city is Dahkla on a peninsula. This was our destination.

I slept very well, and after our adventures of yesterday, we were in a perfect mood to restart the day. The hotel shuttle brought us towards the airport. That gave us another hour or so to enjoy the sights of Nouakchott, and to see the emptiness of the desert towards the new airport. 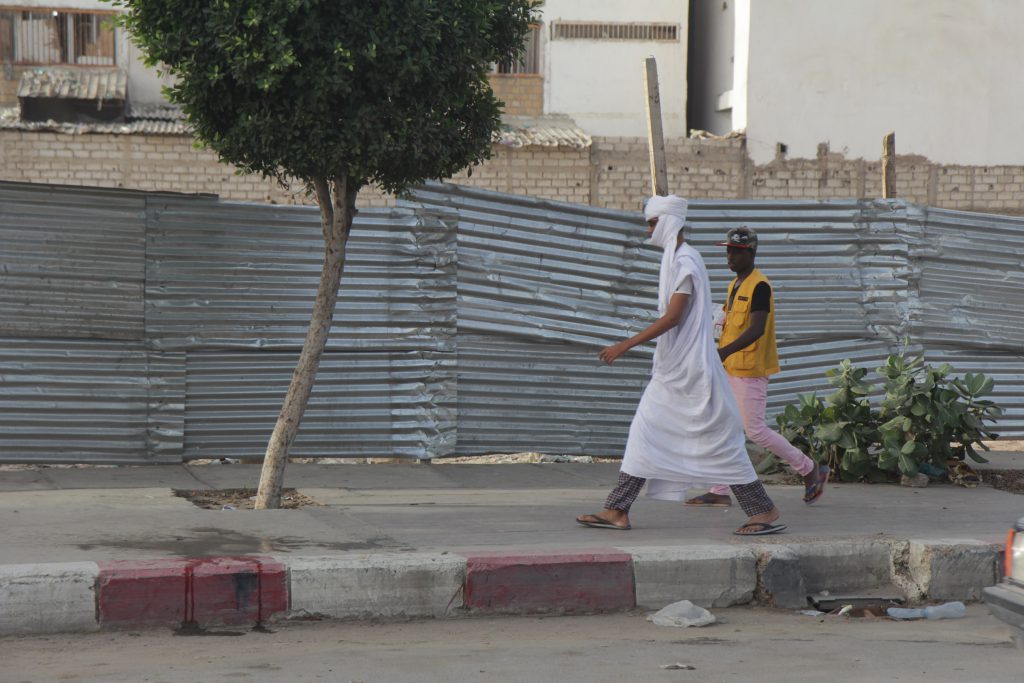 As a mirage, the airport appeared at the horizon out the empty desert. 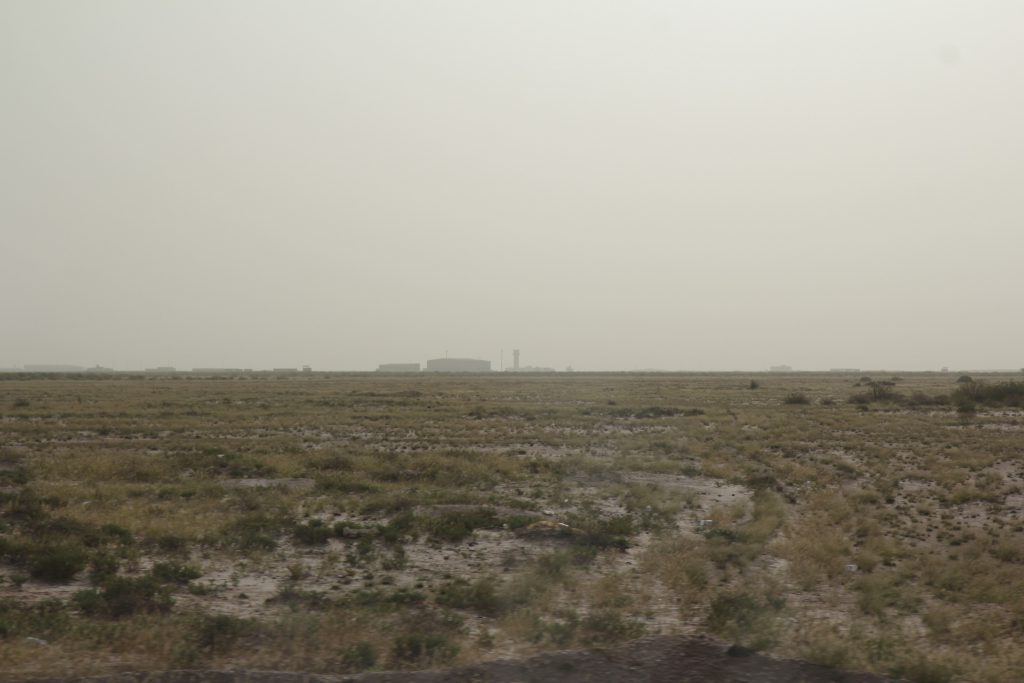 Just like cows are a normal sight in Belgium, but not for Chinese visitors, so are dromedary an abnormal sight for us, but utterly normal for the locals. 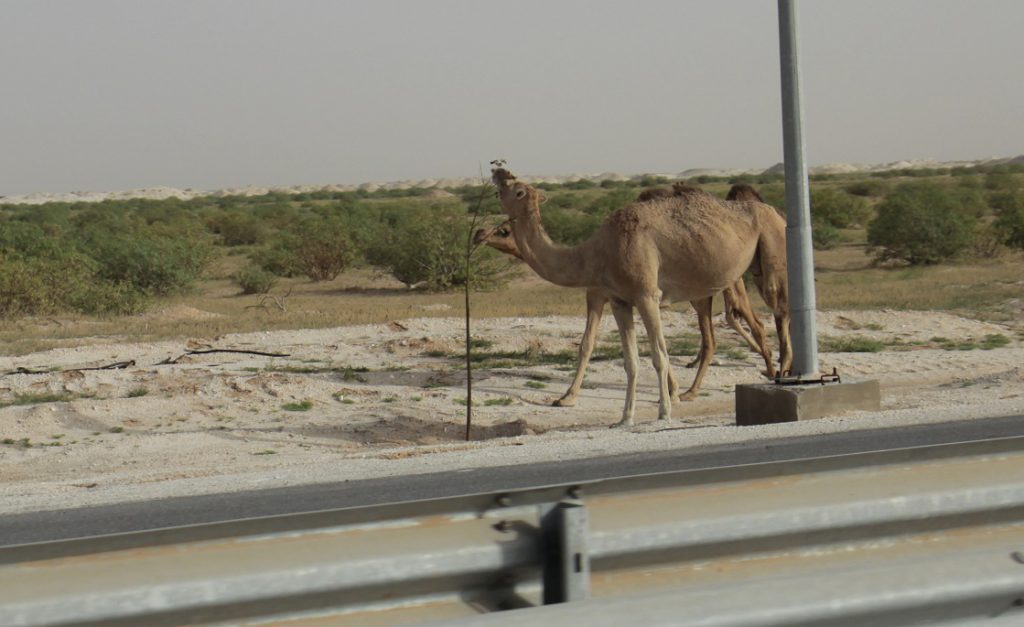 At the brand-new and totally empty airport of Nouakchott Oumtounsy (GQNO), we easily passed immigration again (as crew 😉 ) and had a looong discussion with the officials at the “C”-office: getting weather, getting NOTAMs, submitting the flightplan and paying the whopping landing fee of 6 euro. The invoice was printed on a sloooow needleprinter. 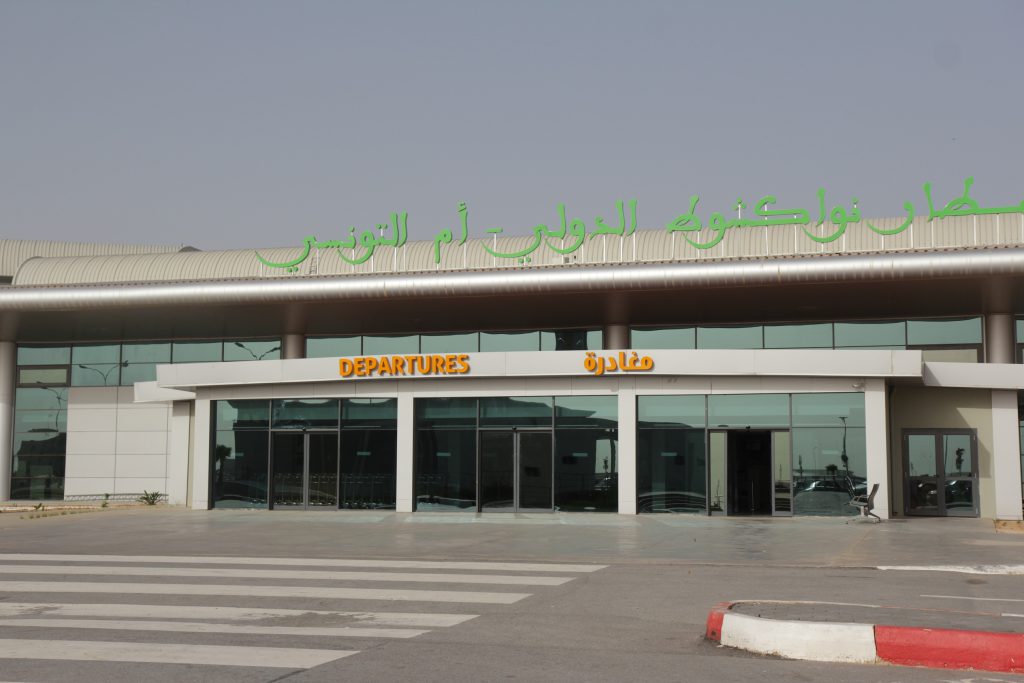 This is the friendly lady at the meteo office doing her thing. Her product is a bundle of printed meteo pages in a nice yellow binder: that is service! 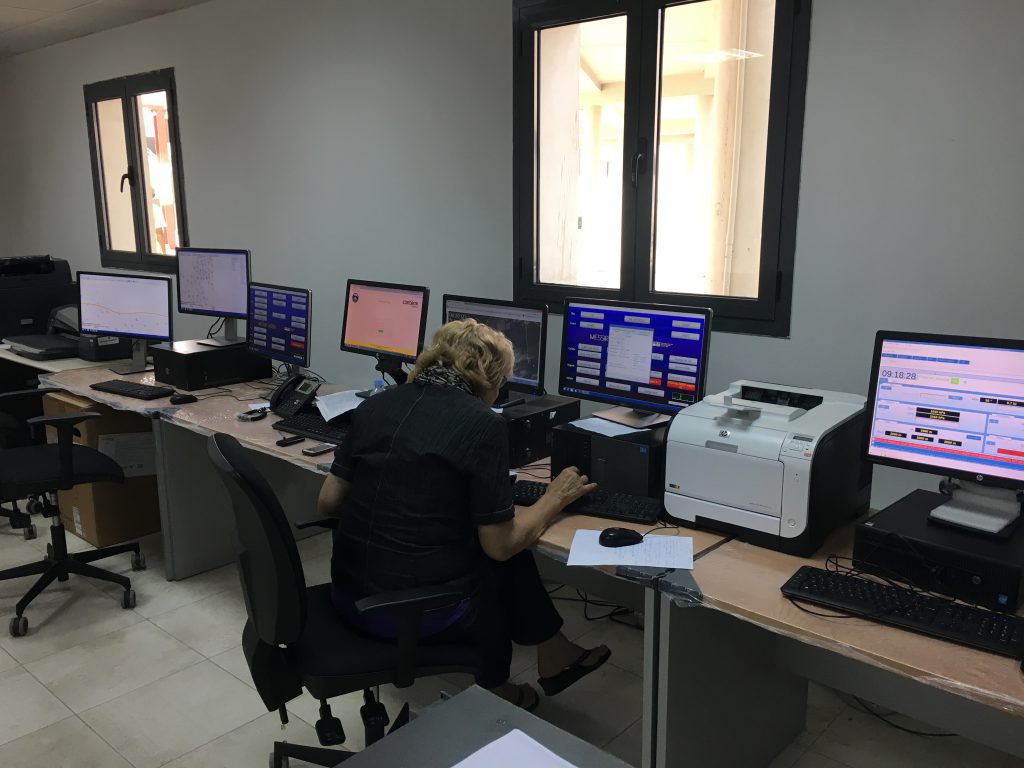 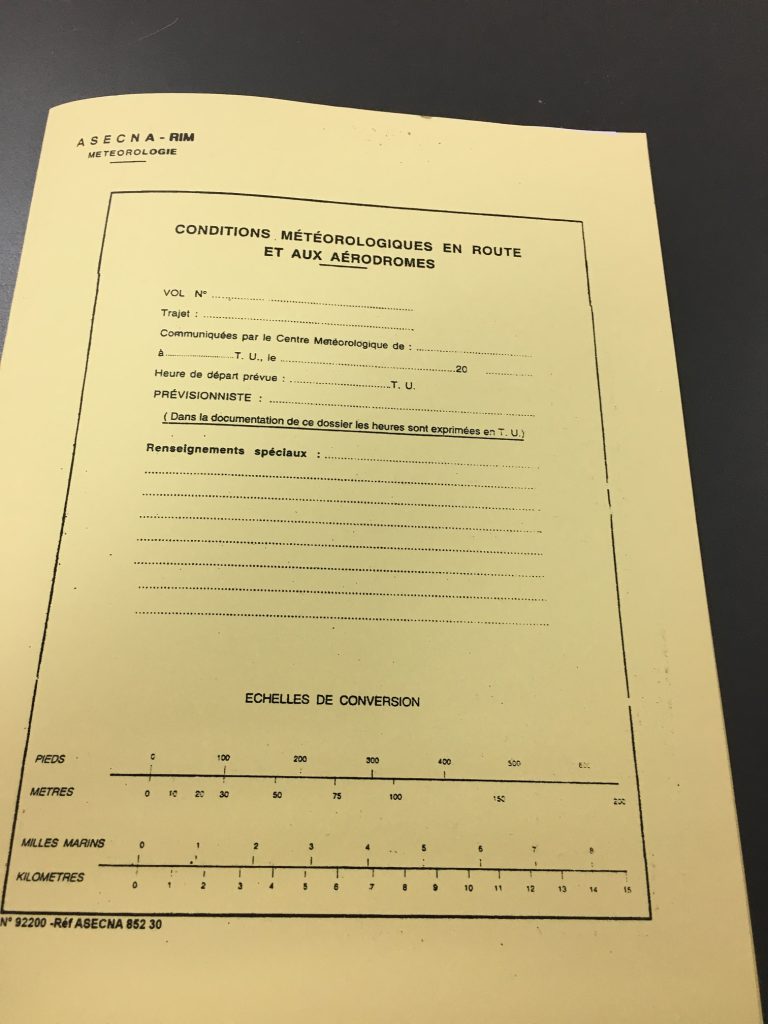 The flight plan for today:

There was also another French airplane, an ULM, taking off about the same time as us, also to Dakhla. But to our surprise, that didn’t cause too much confusion. 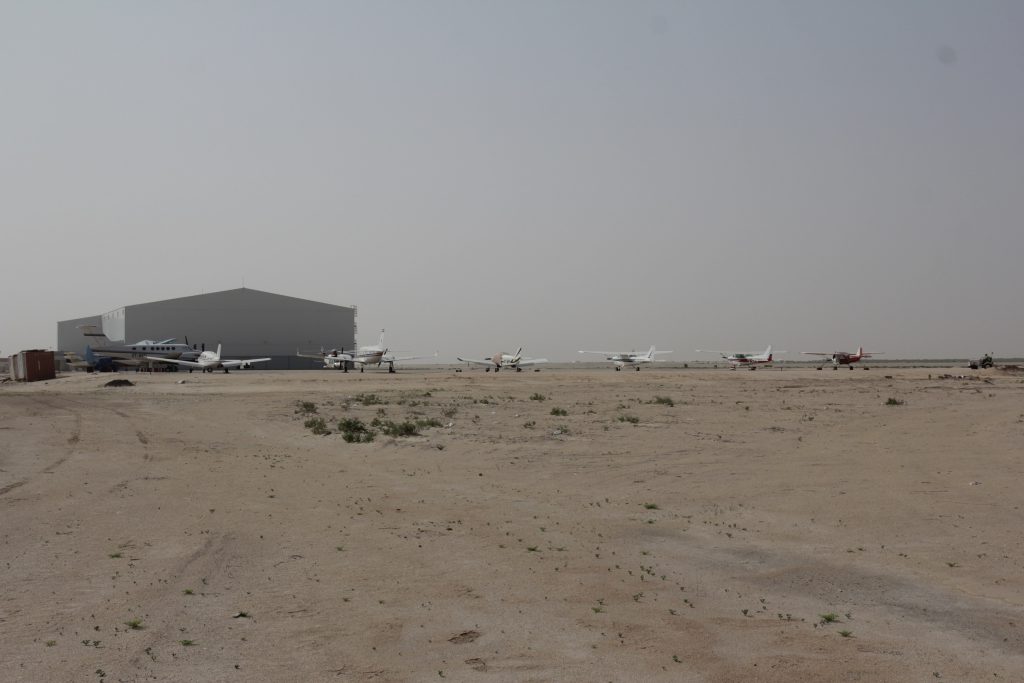 I played passenger today: I mainly took pictures from the back of the airplane, and I followed the flights on the paper maps (I love them!) that I had printed and marked earlier this month. 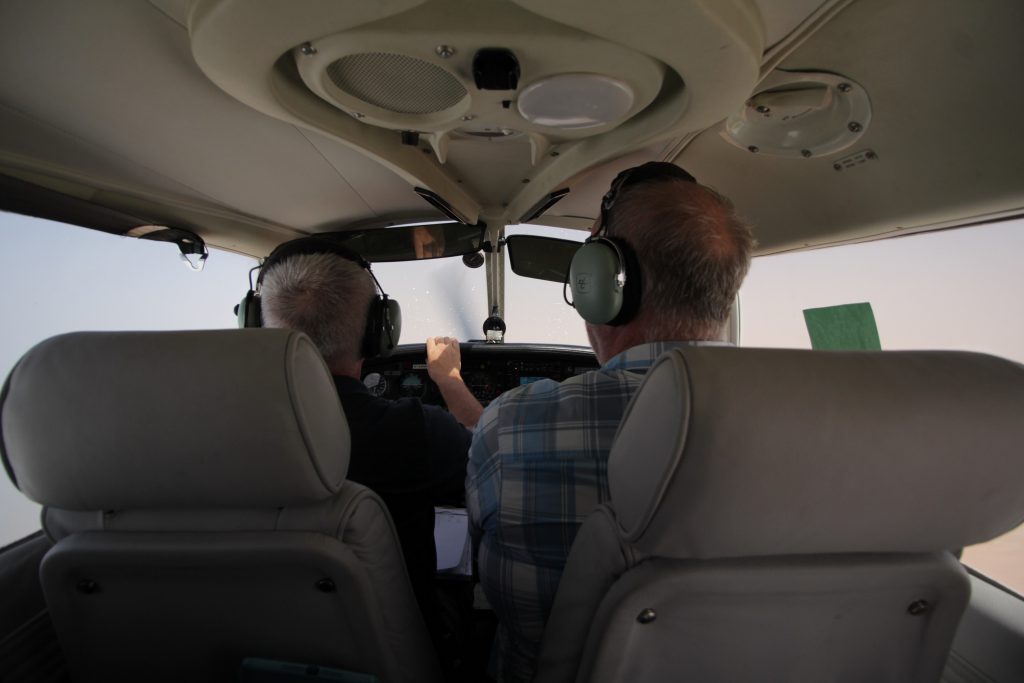 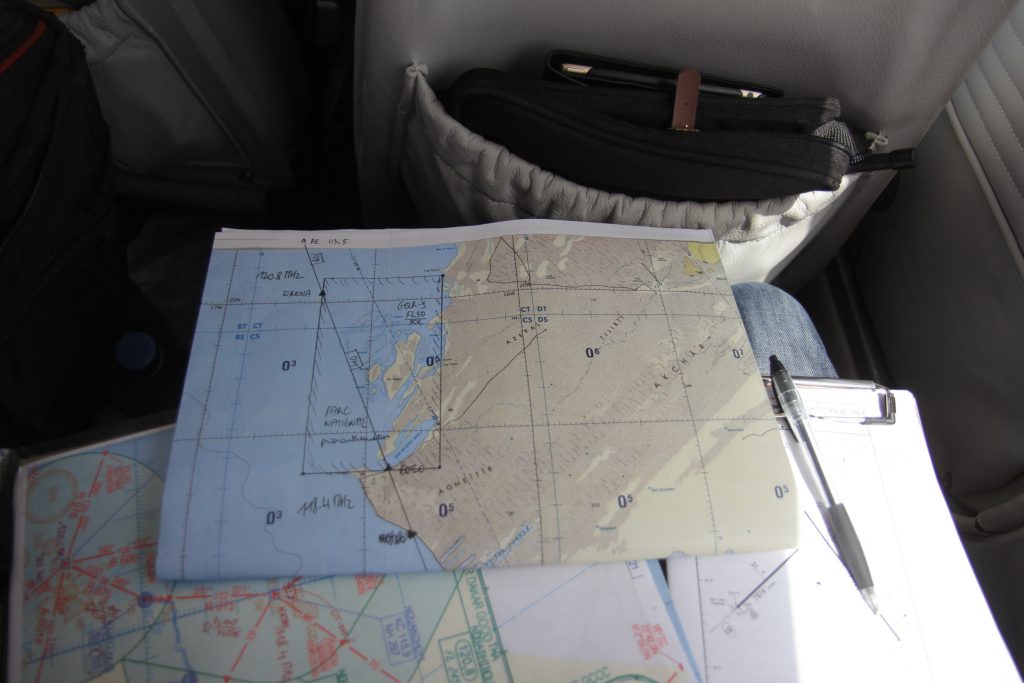 The visibility was so low in Nouakchott that we had to request a Special VFR clearance. As soon as we had taken off, we found ourselves in yellow blinding sand wind. Look at how dirty the wings became from the sand we flew through ! 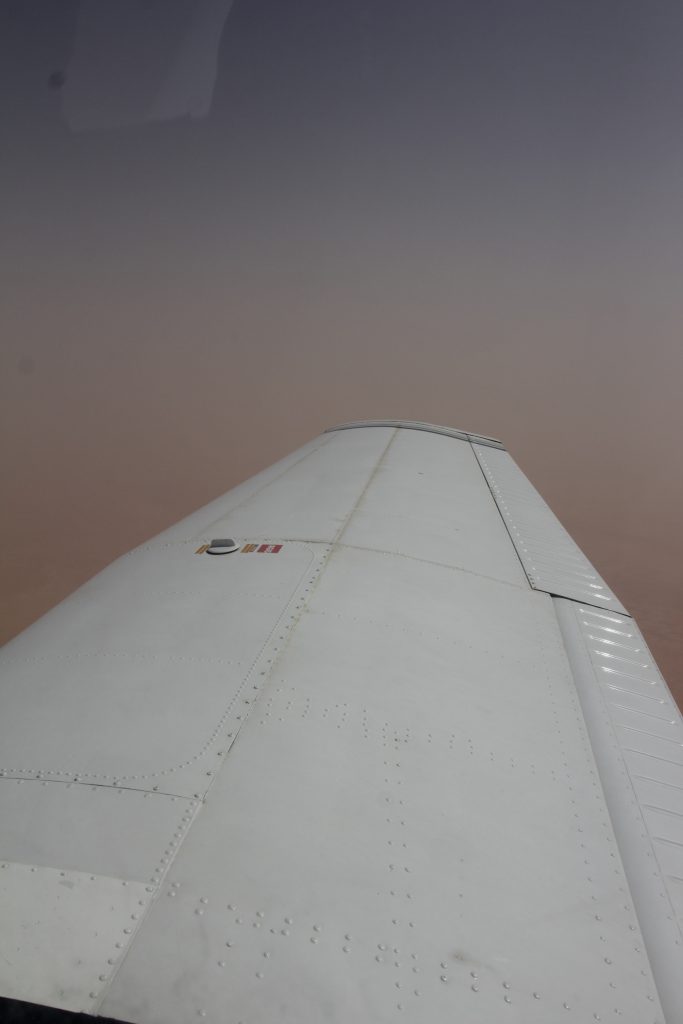 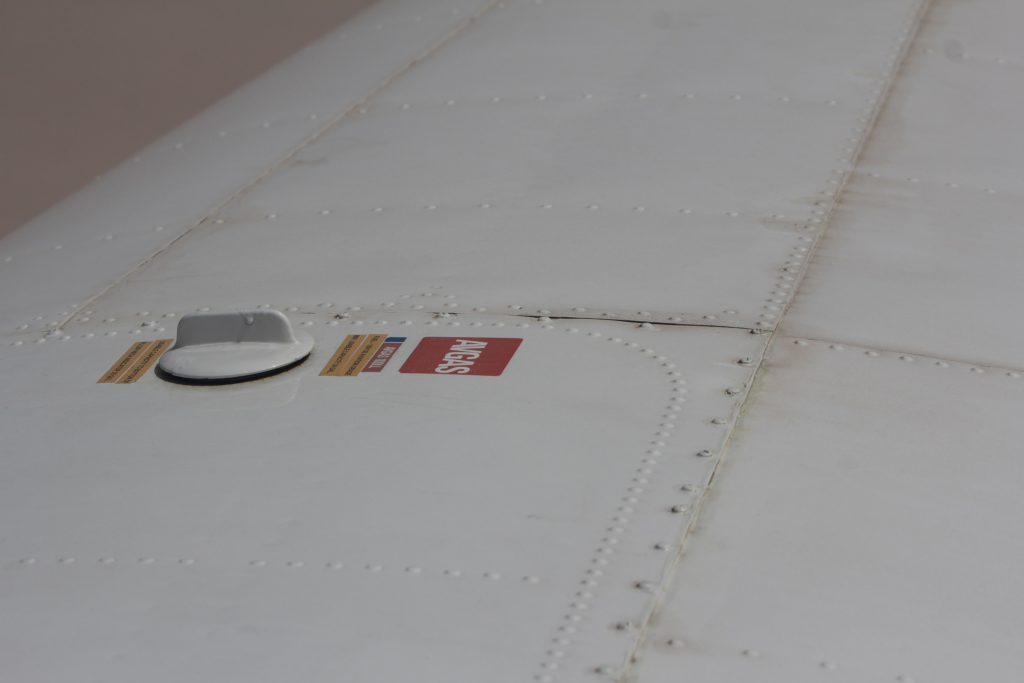 We climbed to 5000ft. In the beginning we didn’t see much, but when we followed the coast again, the spectacular sight of the desert meeting the green/blue Atlantic ocean was a literal eye opener ! It was cheer beauty ! We passed several bird sanctuaries. But we didn’t see any sign of life, no human presence, no sign of civilization, only total emptiness ! Total desert !

I apologize for the quality of the below pictures. I don’t have access to photoshop here to remove the haze and sand in the air in the pics. 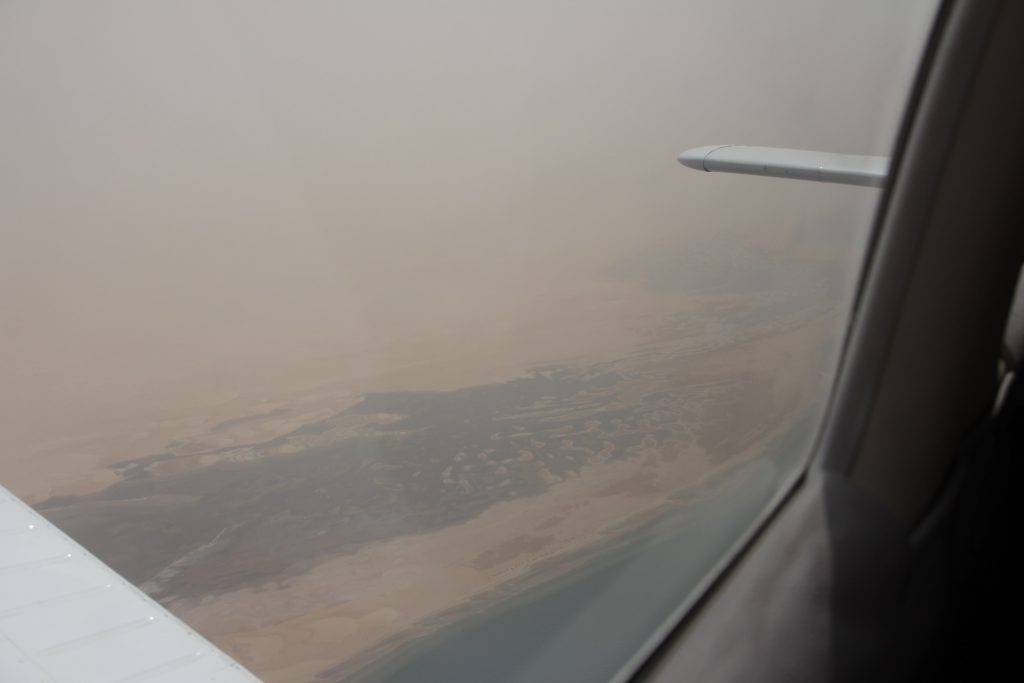 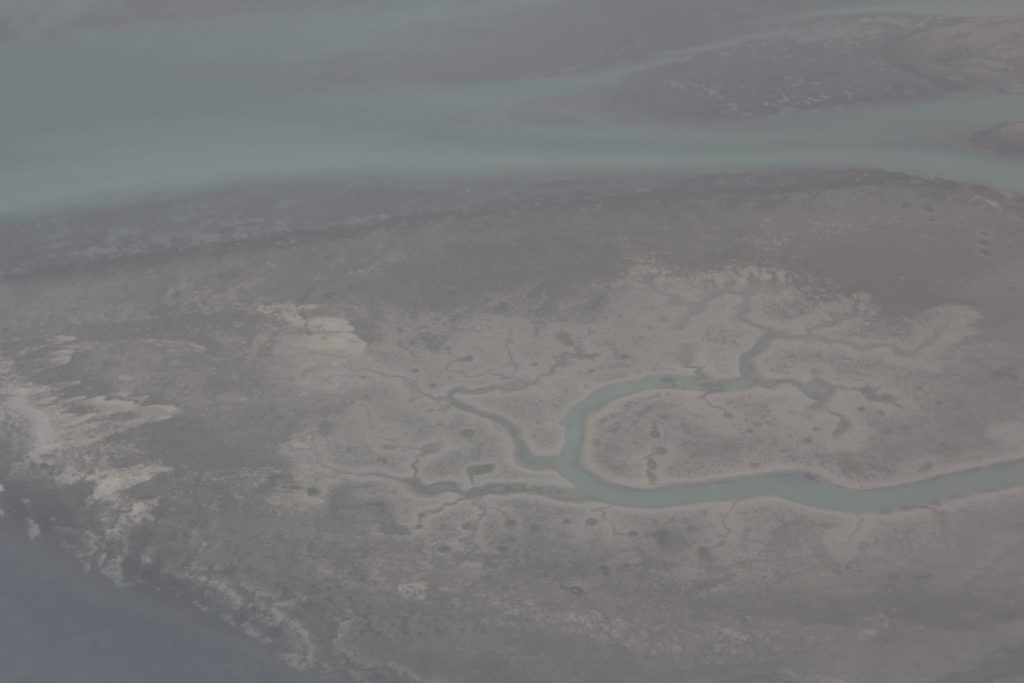 Once we passed the most northern city of Mauretania, Nouadhibou, the sky cleared up somewhat, and we started to see the first signs of life.

We saw a couple of shipwrecks that looked eery but peaceful. 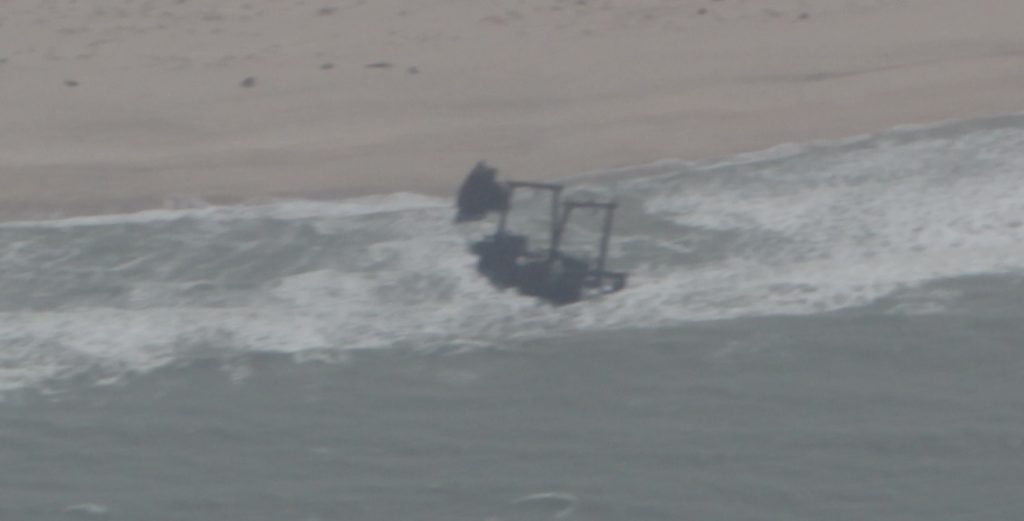 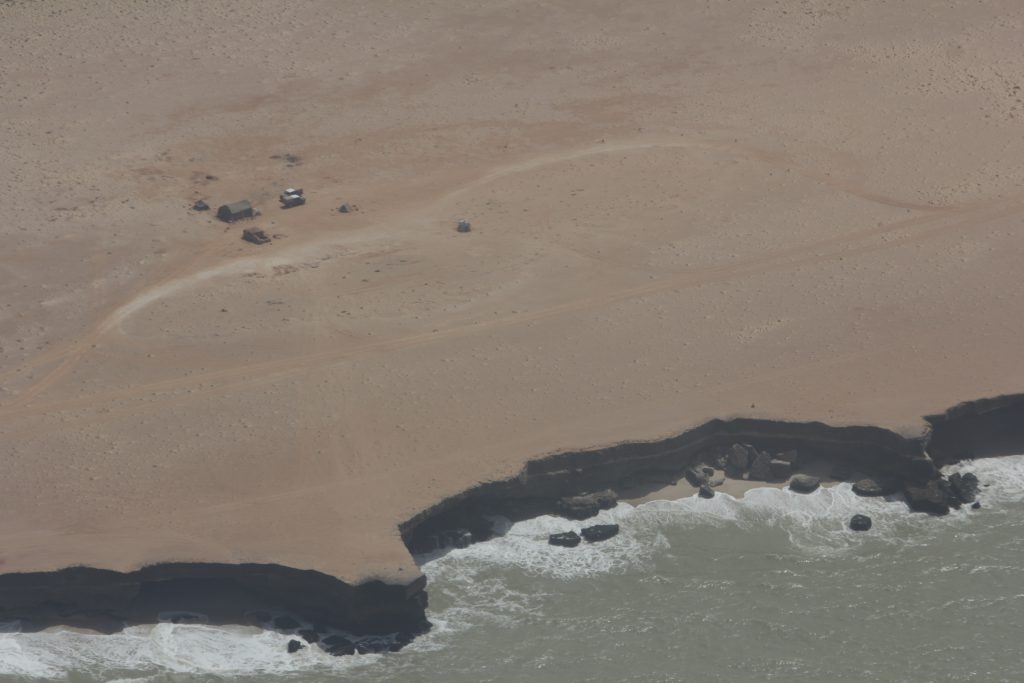 This ship broke in two and if eaten by the waves one bit of iron at the time. 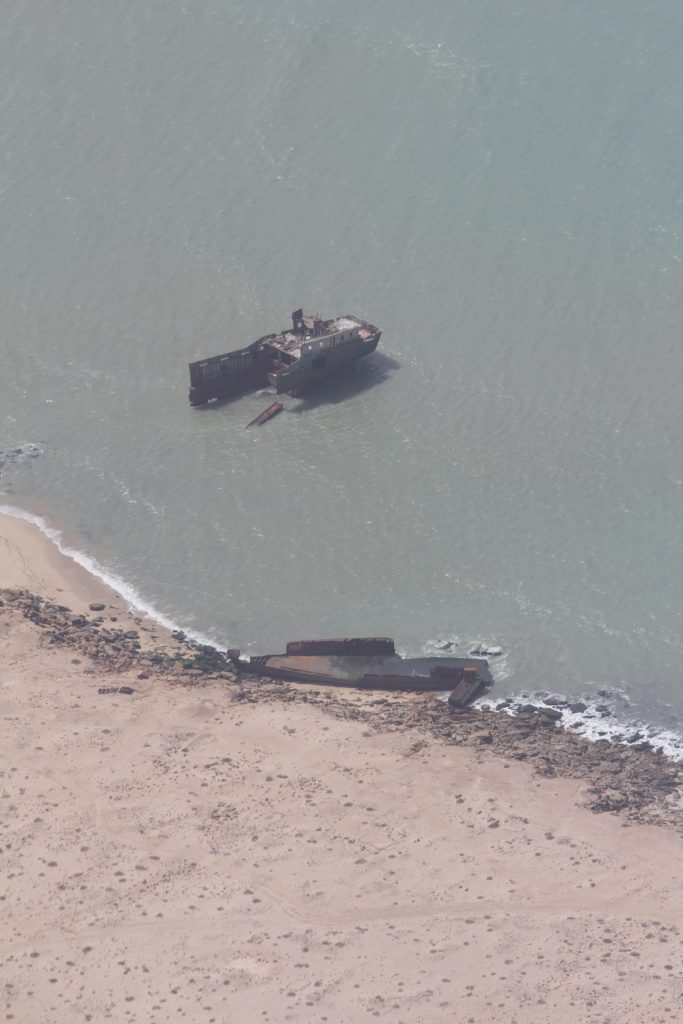 The most fantastic forms of aggressive erosion unfolded under our eyes, and under our right wing. 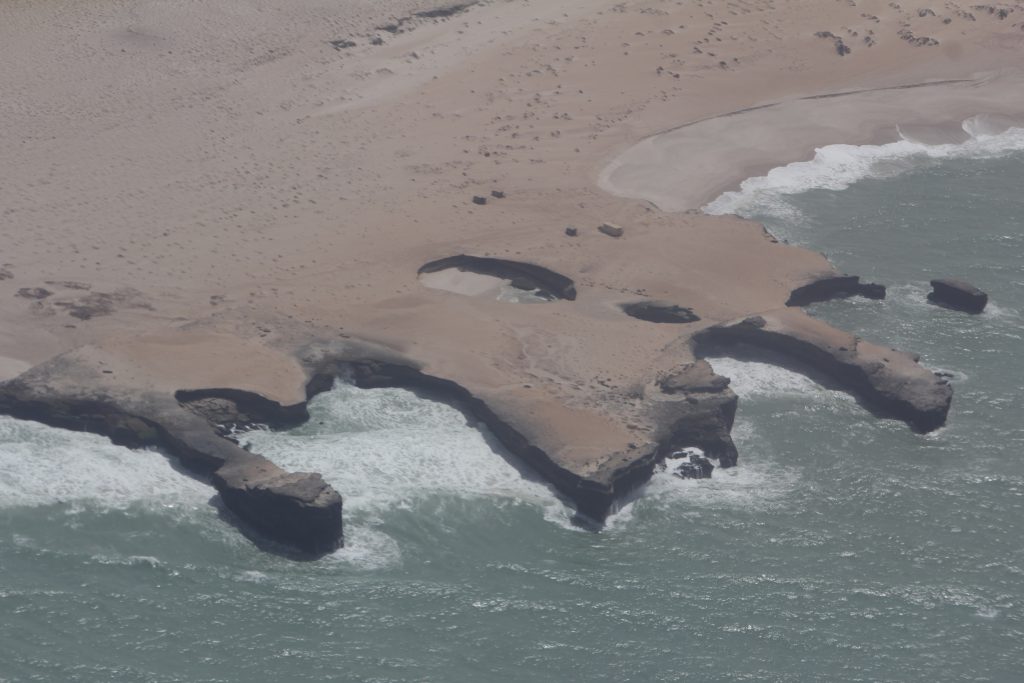 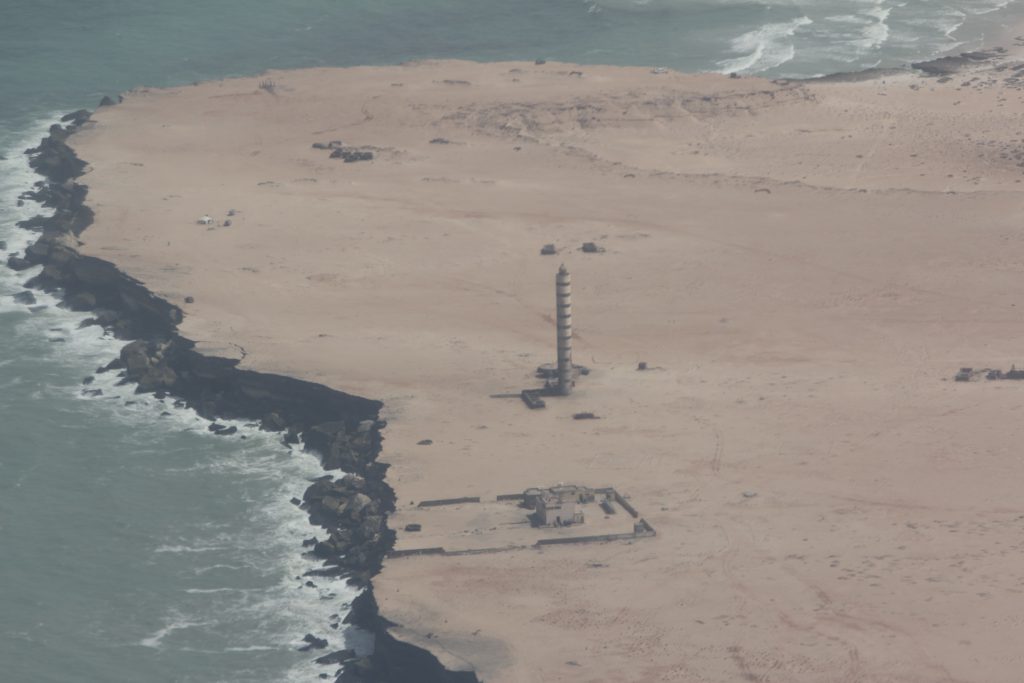 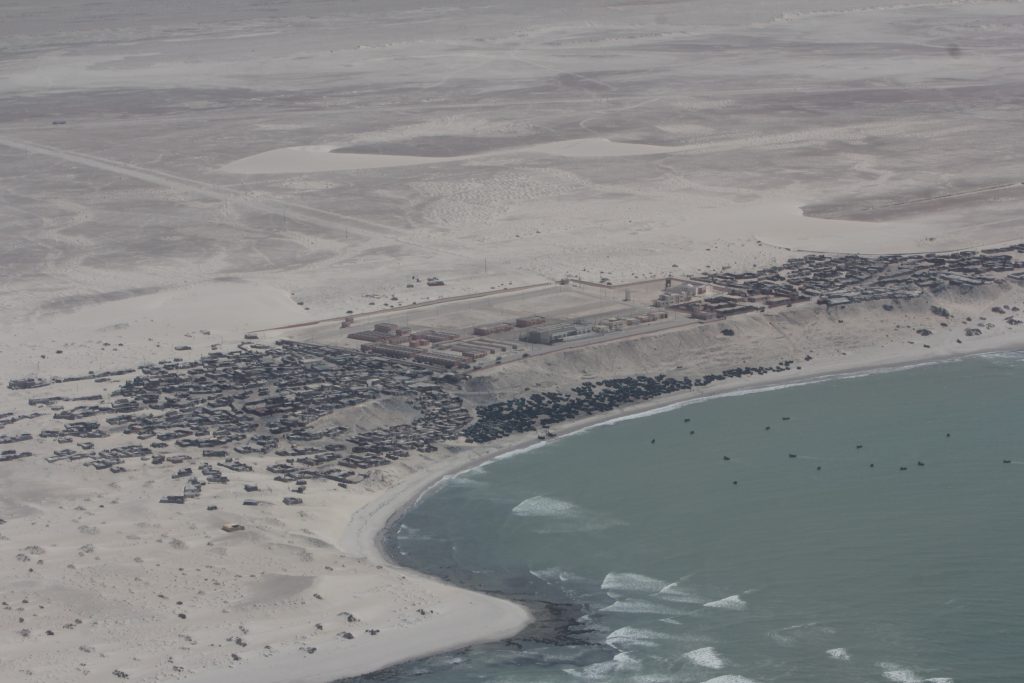 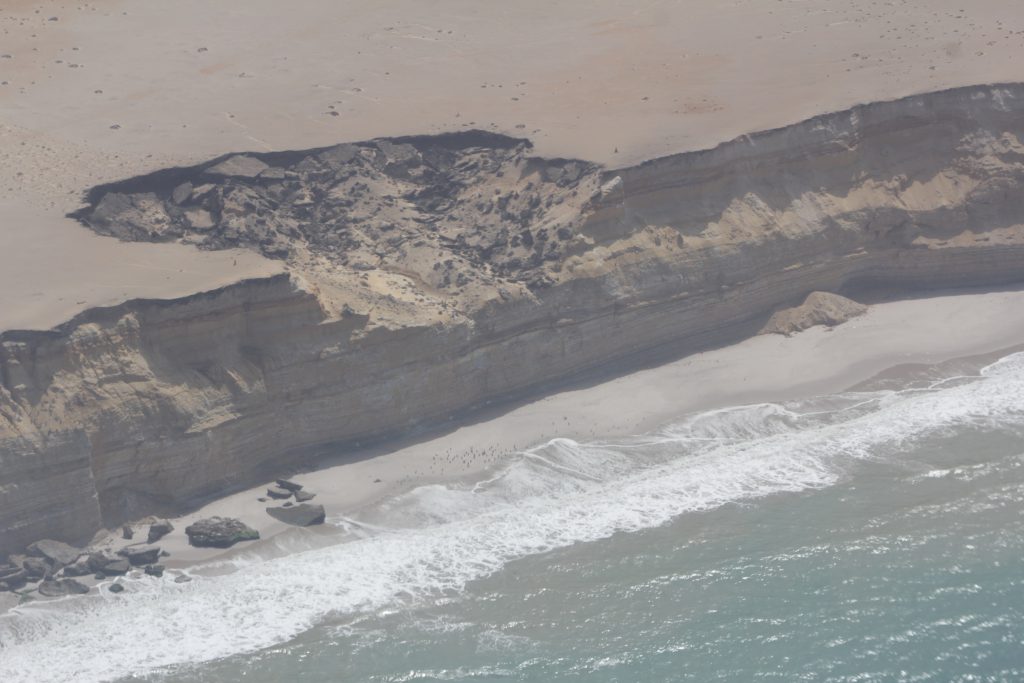 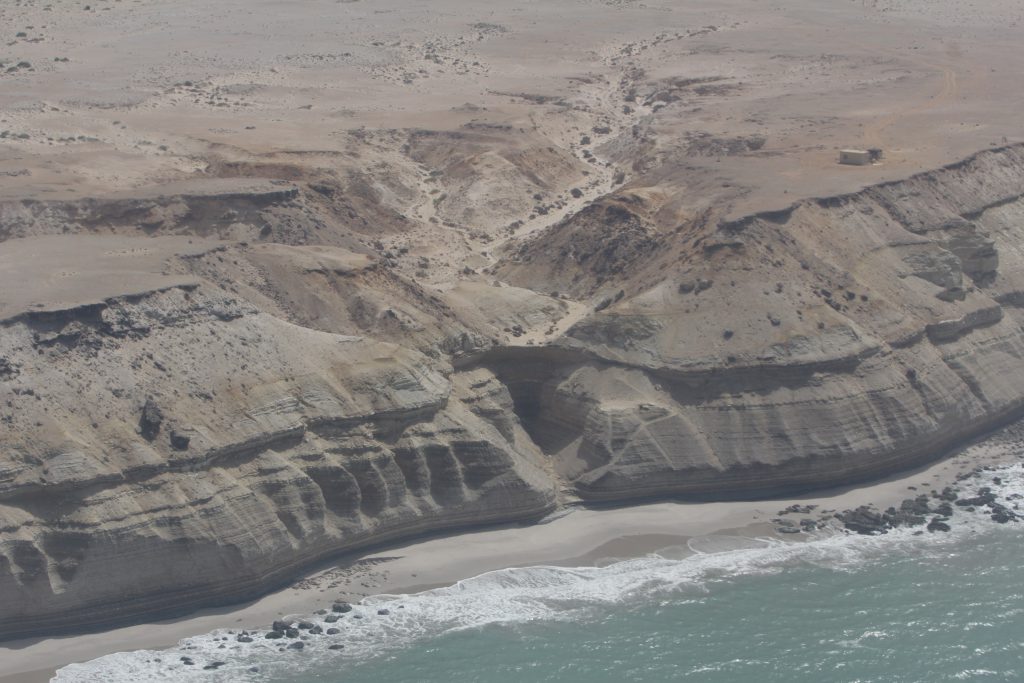 After 3h20 we got Dahkla in sight. Bruno landed us on runway 03. 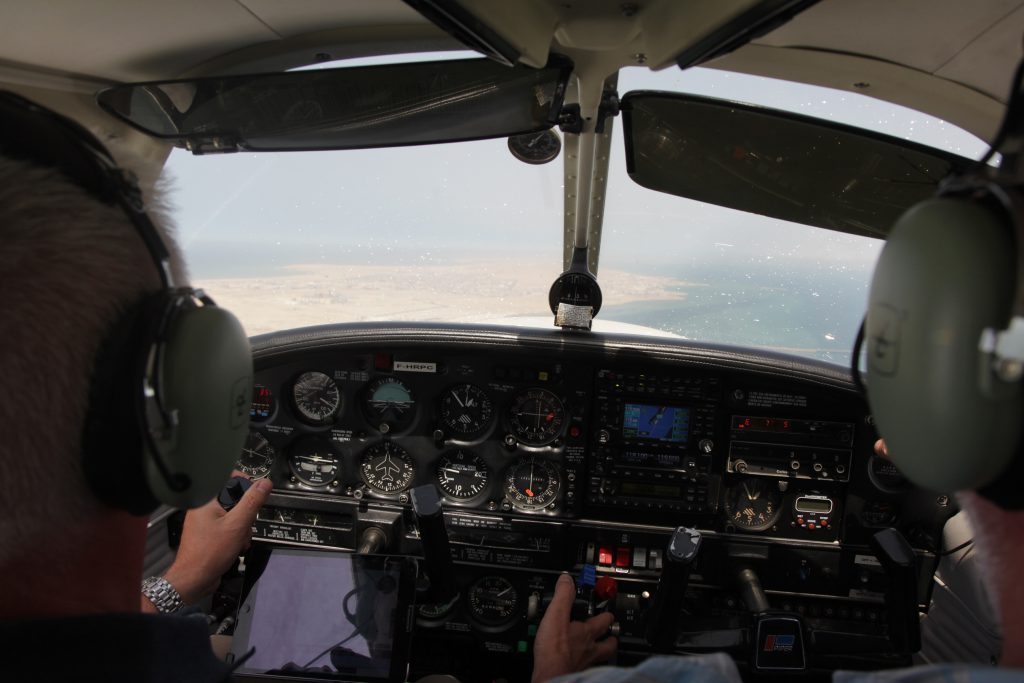 Also this airport was empty, but we immediately realized that this place isn’t as poor and underdeveloped as Mauretania or Sénégal anymore ! 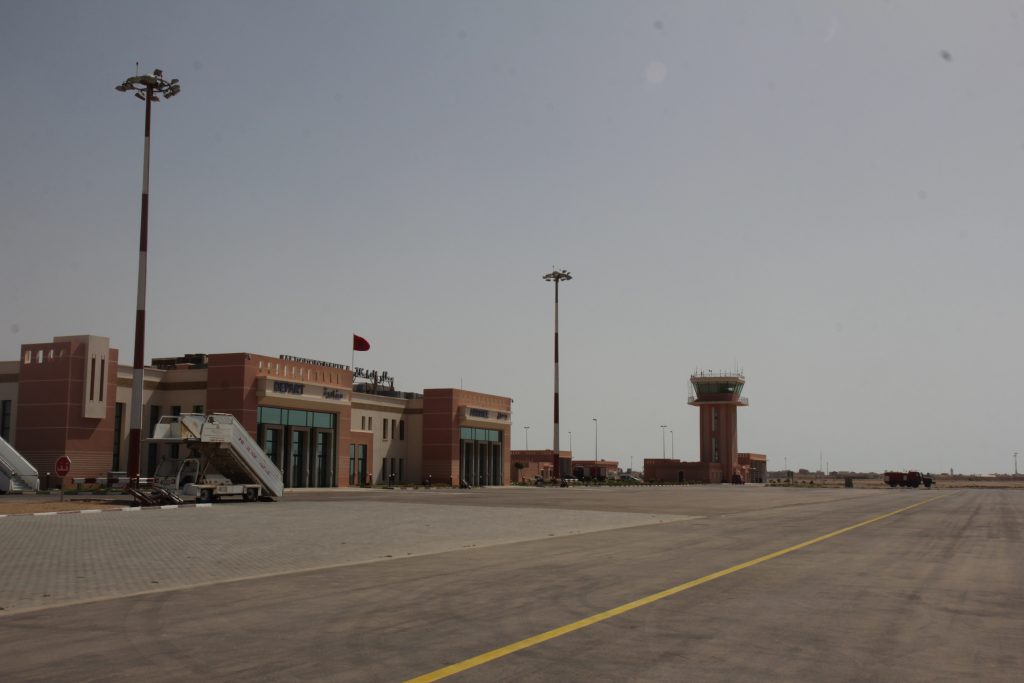 With our fingers we could take the Sahara sand from the wings ! 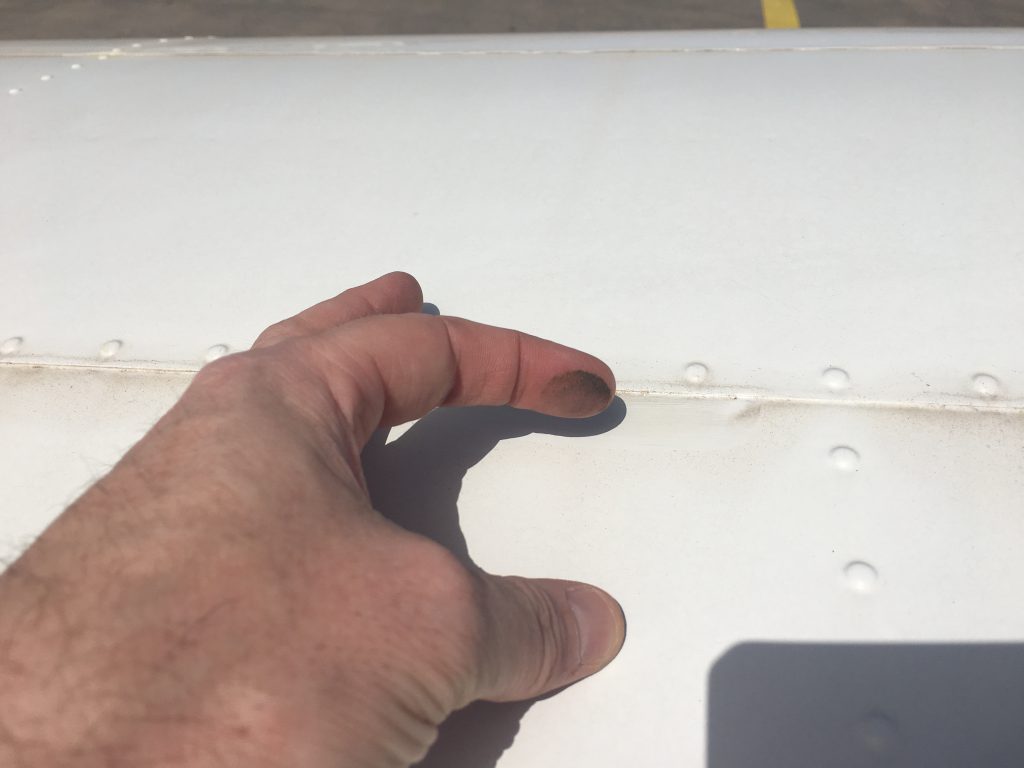 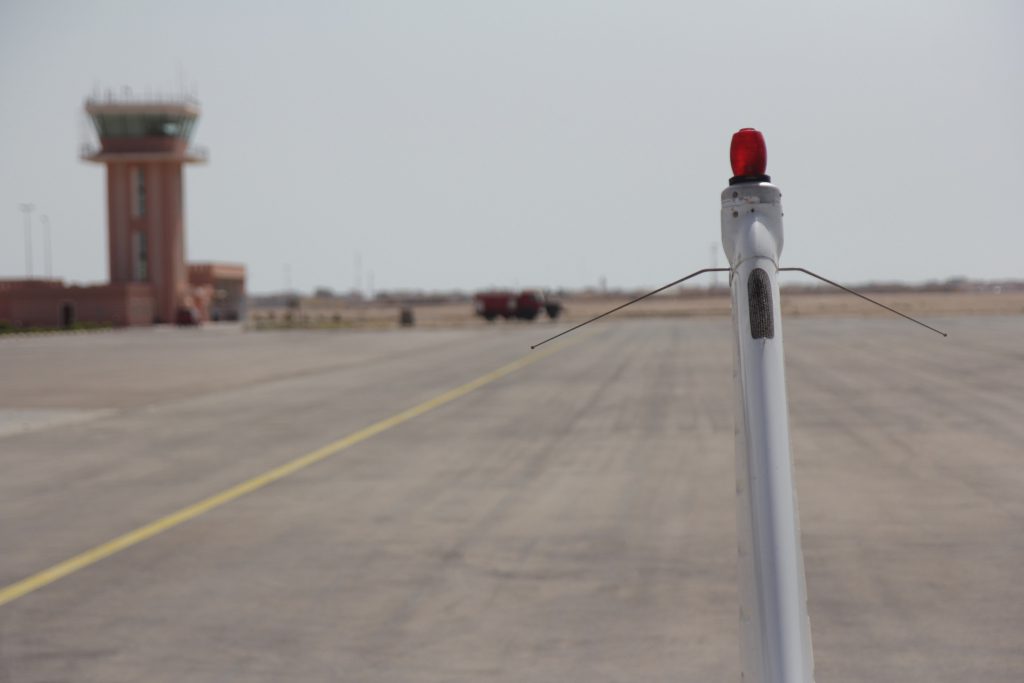 We ordered AVGAS and got pumped manually into Papa Charlie, so we are ready for our tomorrow flight. 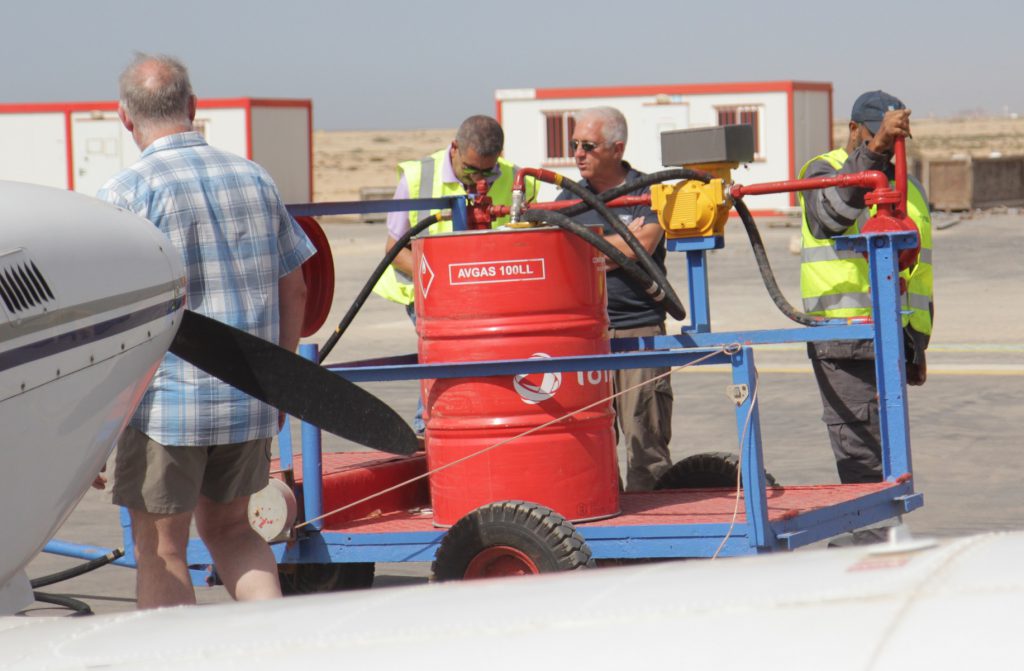 We had a lot of administration to go through before we left the airport:

The guest house “Dar Rio del Oro” came to pick us up and served us sweet mint tea when entering. Yes, this trip is becoming more civilised every day it progresses. 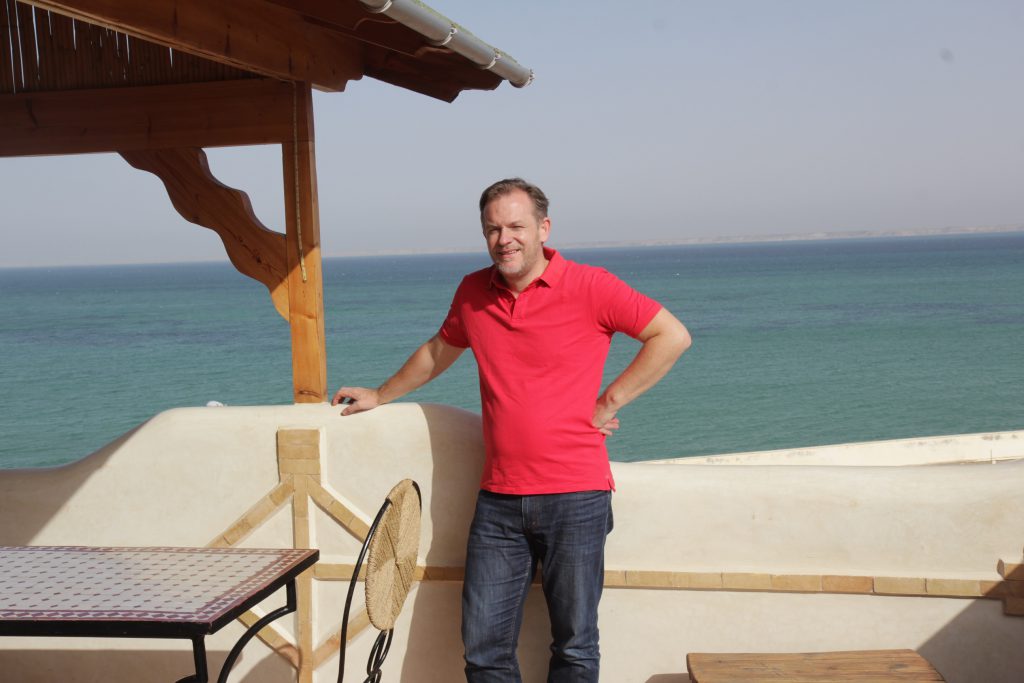 After some rest, we took a stroll in the city, found a place where they served beers, and had a lovely spanish seafood diner in a restaurant where you could also get some wine. Life is good! 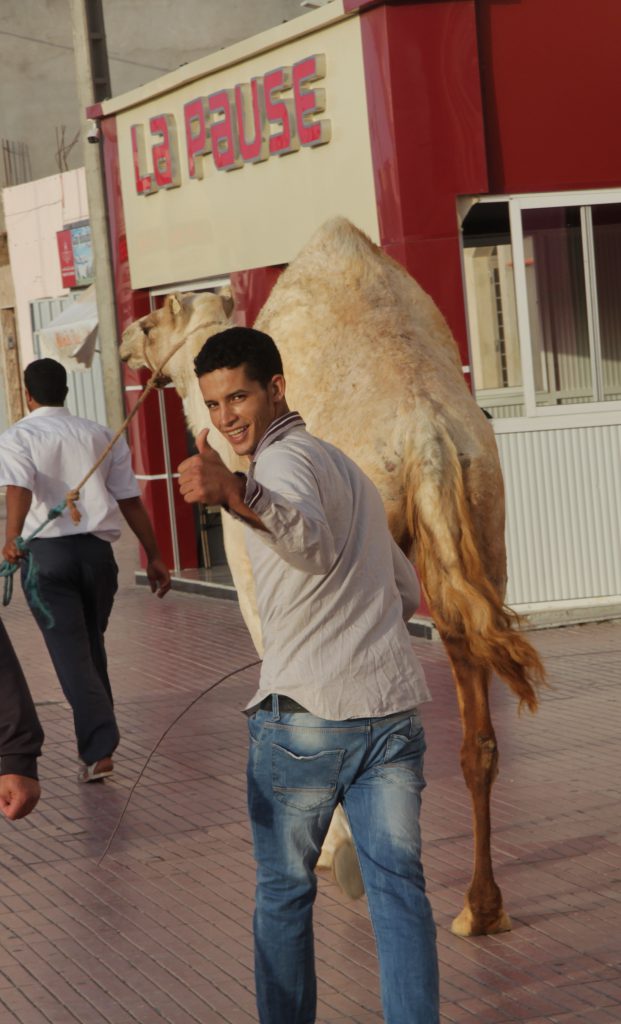 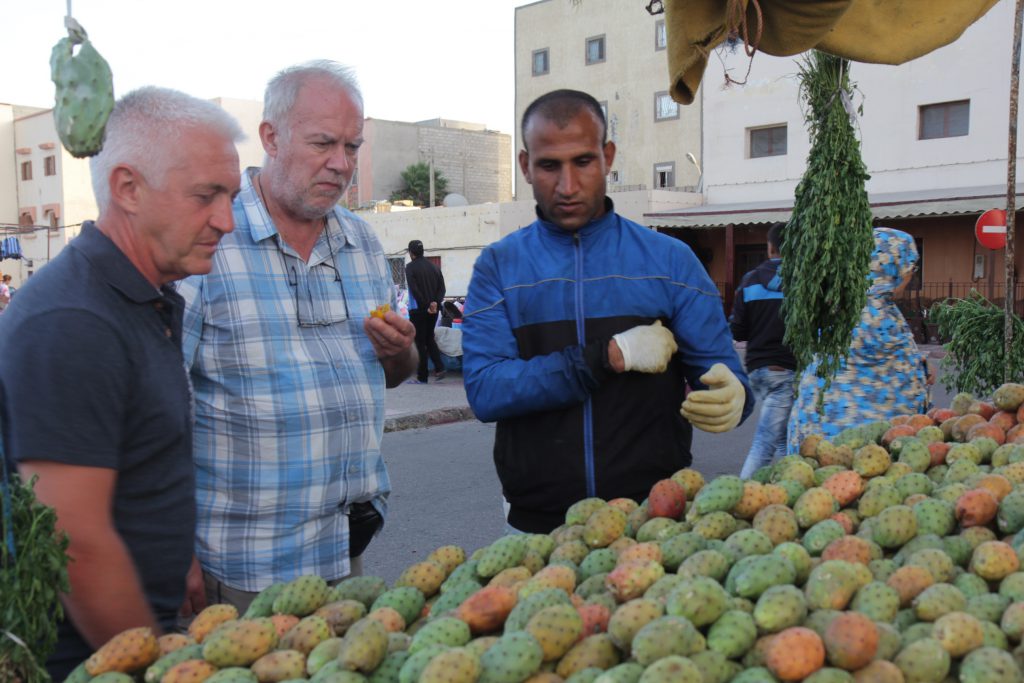 Does anyone knows this fruit? Its sweet, yellow inside, with some nuts. 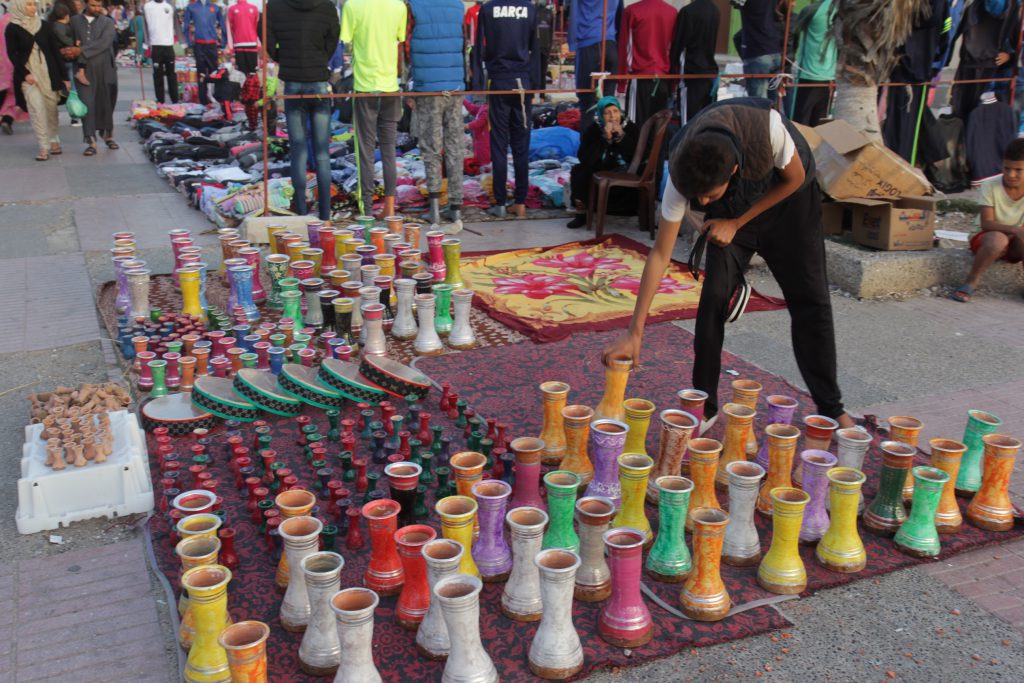 We are leaving Bruno behind here and we (Fred & me) continue northbound until Lille.

Tomorrow we fly to Tan Tan.

6 Replies to “Back from Africa – Day 3 – Nouakchott-Dakhla”