There was a lot of motivation to go flying this weekend. First I booked the C172 OO-WVS from the ZAC, but it turned out that I misbooked it. Besides: the airplane was in maintenance. Then I agreed to go fly along with Frank in the Piper Archer III with the Avidyne glass cockpit, based in Antwerp. We first settled on flying to Texel (EHTX) as a destination, but apparantly you need a built-in 406 MHz ELT in Holland, which the airplane doesn’t have yet. Then we settled for the Belgian Cerfontaine (EBCF) as a destination. But after a lot of forth and back communication, we canceled due to haze & low clouds in Antwerp …

In my part of Belgium, however, the weather cleared rather well: no clouds but still a lot of haziness stuck under a typical winter inversion. But it was legal VFR, and according to the nearest TAF it would remain like that until the late afternoon. As I was so psyched up to go lfying, I couldn’t resist, so I booked the only airplane I could book: the Robin DR-400 OO-KDI of my flying club in Kortrijk. 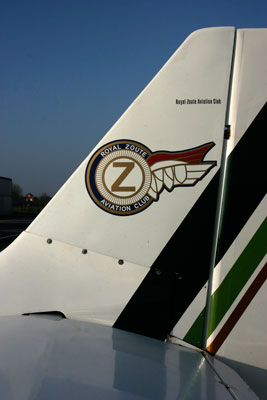 I also took my son along. He is getting ten this year, and although he has been flying along a couple of times, I have never pushed any interest in flying too strongly. This time I explained a couple of things about flying controls when driving to the airport, and he was keen to learn ! So I cranked my teaching up a notch. 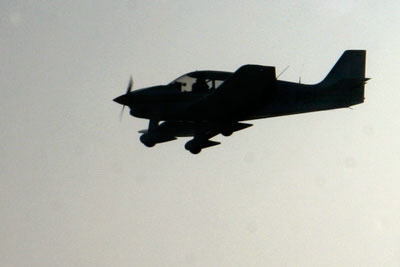 At the airport there we still no clouds. There was plenty of haze, but visiblity was within legal limits and the activity at the Kortrijk airport started to increase. This was the weather nearby at that time:

My personal practise is to top up the fuel before every flight, unless there are weight restrictions. Although this practise took me extra taxi time, I stuck to this rule this time again. After taxiing back to the holding of runway 06, we took off. At around 1500ft, we felt some turbulence and we broke through the inversion layer. Above us we saw dark blue winter skies, below us murky smog stuck under the inversion layer and the cause of the haziness on the ground. We flew south towards Amougies (EBAM), but nobody answered our radio call. As nobody had answered my telephone call to request the PPR (prior permission required), I didn’t bother anymore to try to land at Amougies. 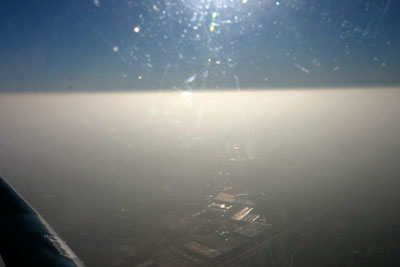 So I settled on 2500 ft and tought my son some controls and how to make turns, level changes etc. I kept my hands to the left controls, but he could follow me through with his hands on the right controls. As he is only ten, he couldn’t reach the rudder pedals properly and his view outside was rather restricted, but it was fun and he enjoyed it ! And so did his dad 😉 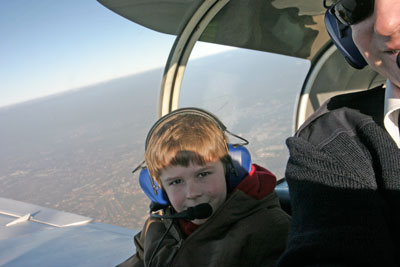 We overflew our house, the house of the grand parents etc … Good bonding stuff. Also fun to cut through that inversion layer time and time again. All the time I was in contact with Brussels Information, but there was no traffic in my vicinity.

While I was flying back to Kortrijk, my son shot another couple of photos. We landed smoothly on runway 06 after about an hour flying. Honest good fun ! And it I got rid of my flying itch … at least for a couple of days … 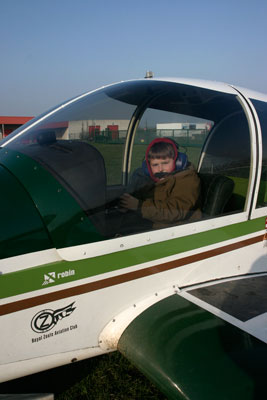 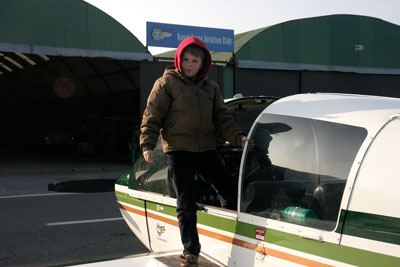 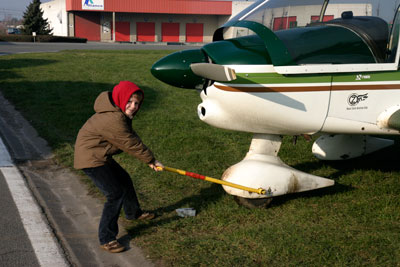