No, this time no report on a flight that I performed, but on a nice experience of being a airline passenger in Brazil. I had to visit Sao Paolo and Rio de Janeiro for business reasons. Having arrived with the international flight in Sao Paolo, our local salesman organized the trip to and from Rio from the city airport “Congonhas” in Sao Paolo. 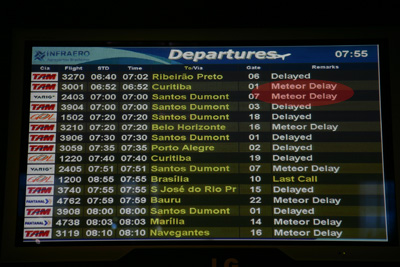 After check-in, we looked outside and we saw dense fog over the runway with little wind, knowing that the weather was below standard IFR minimums. Apparantly CAT II or CAT III were not performed on this airport, so no airplanes arrived and nobody could leave. This airport did not use the standard hated expression “delay due to the late arrival of the incoming aircraft”, but it was indicated in a funny way: “Meteor Delay”. We had to wait three hours before the sun lifted the fog! 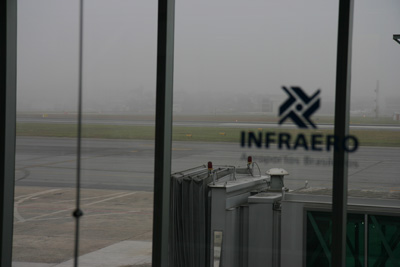 Finally, we boarded the Airbus 320 for the flight to the city airport of Rio de Janeiro: Santos Dumont. Congonhas airport is set like an aircraft carrier in the middle of populated Sao Paolo. 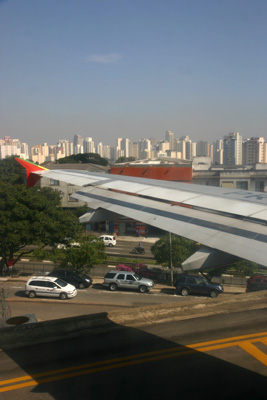 We taxied to the holding point of runway, passing the ominous site of an earlier deadly overshoot accident. At the holding point, we taxied back to the other side of the runway… apparently the wind had changed direction. Upon take-off we flex again over the accident site, as if they wanted to offer me another glimpse … pfff … 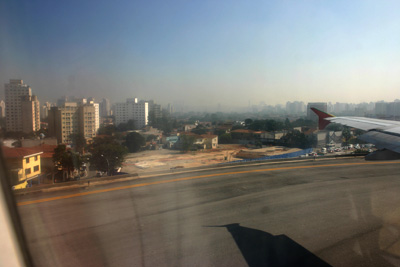 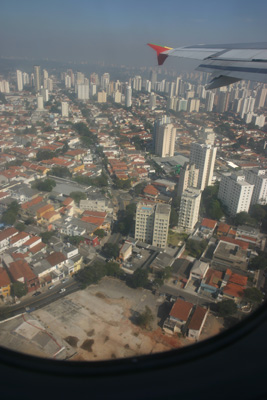 Sao Paolo is really huge ! On the ground, however, it doesn’t feel that overwhelming. 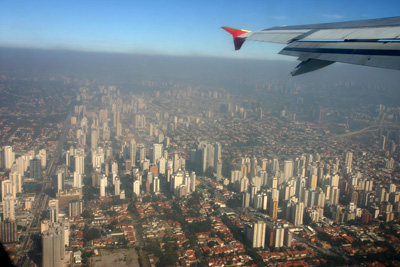 My colleague informed me that Santos Dumont has the shortest runway in the world, so the Airbusses or 737 need to have especially modified brakes. Wow: fun! On top, the northernly runways are served with an exciting approach with a visual part that takes you very close to some granite obstacles. Let’s see how that went…

First we passed abeam the international airport of Rio on extended downwind for Santos Dumont. 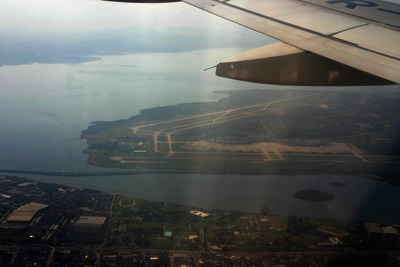 Followed by lefthand downwind over Rio’s myriad of skyscrapers and a whole lot of granite at our righthand side. 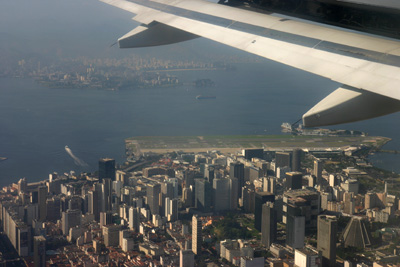 On final, you can already see the Sugarloaf Mountain. It’s a bit in the way… 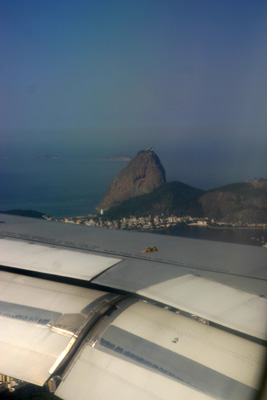 Base turn around a bushy hill, and turning in front of Sugarloaf. All in a visual approach. 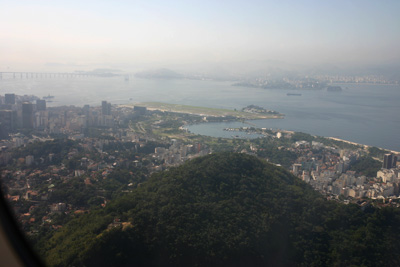 Base over a marina and a nice sandy beach. I waved to the people below. Not sure if they waved back  😉 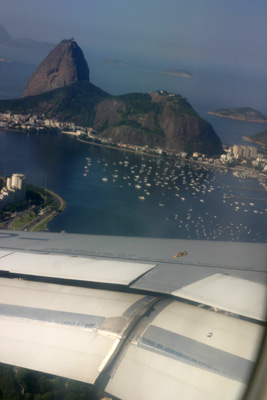 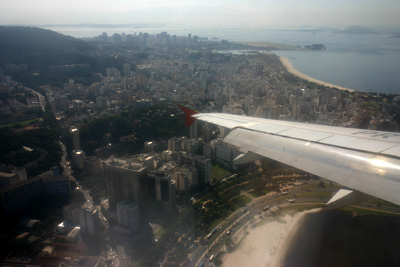 Finally on final, with the Corcovado Christ looking down onto us and our downwind path … seeing it was a nicely performed maneuver ! 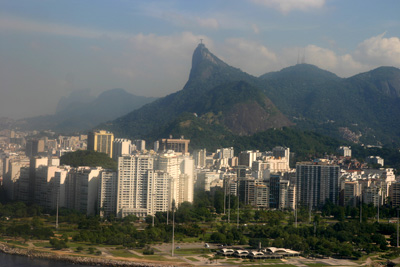 Followed by touchdown and extremely heavy breaking and reverse trust. At the moment that the airplane stopped, we turned and I could see the sea through the righthand windows on the plane … Very short runway indeed! 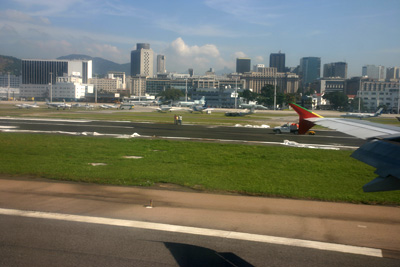 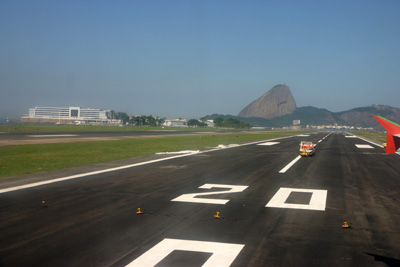 I wanted to thank Audir for the guidance on this trip.