In my previous blogpost I indicated that we had made a plan to fly around Paris but we had to change  plans due to weather. The Paris flight idea, however, kept itching, so when I had some time and some better weather, I decided to do that flight. It turned out to be a beautiful flight !

Of course, I choose to do it with my new companion Piper Turbo Arrow 3 “Papa Charlie”, who needed a good IFR high-altitude workout. 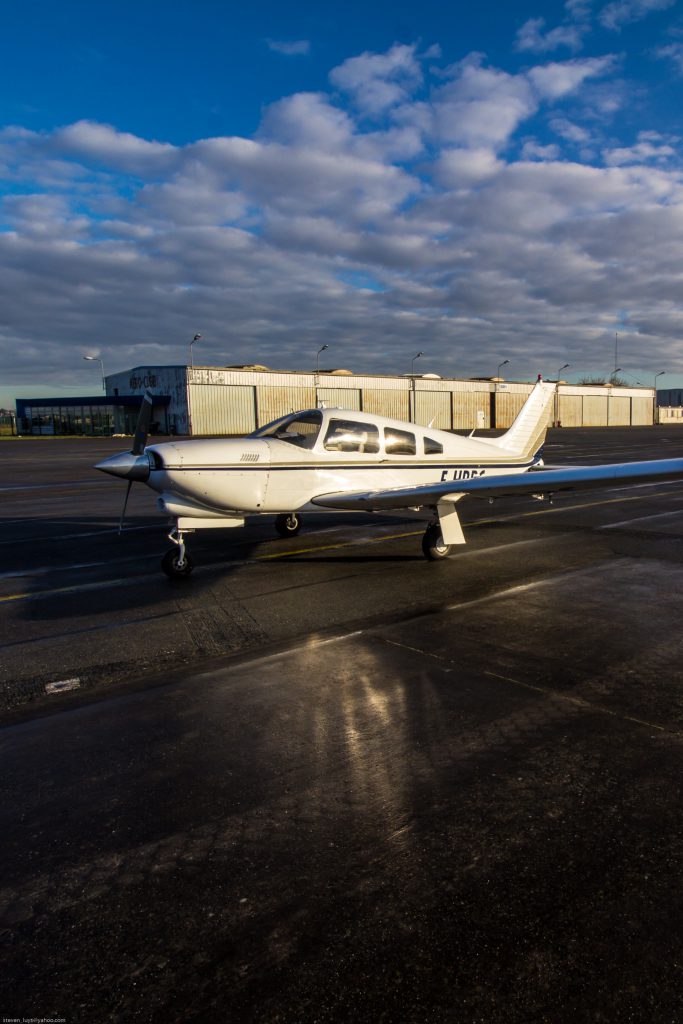 The previously concocted plan got abbreviated a little bit due to time constraints, and I added some spice to it by flying higher than 10’000 feet, and hence needing my oxygen bottle. I planned to first fly from Lille (LFQQ) to Troyes (LFQB) to get some practise before mixing myself into the Paris-Orly traffic when continuing to Le Toussus-le-Noble (LFPN), south of Paris. After Toussus, I planned to fly back north to Lille. 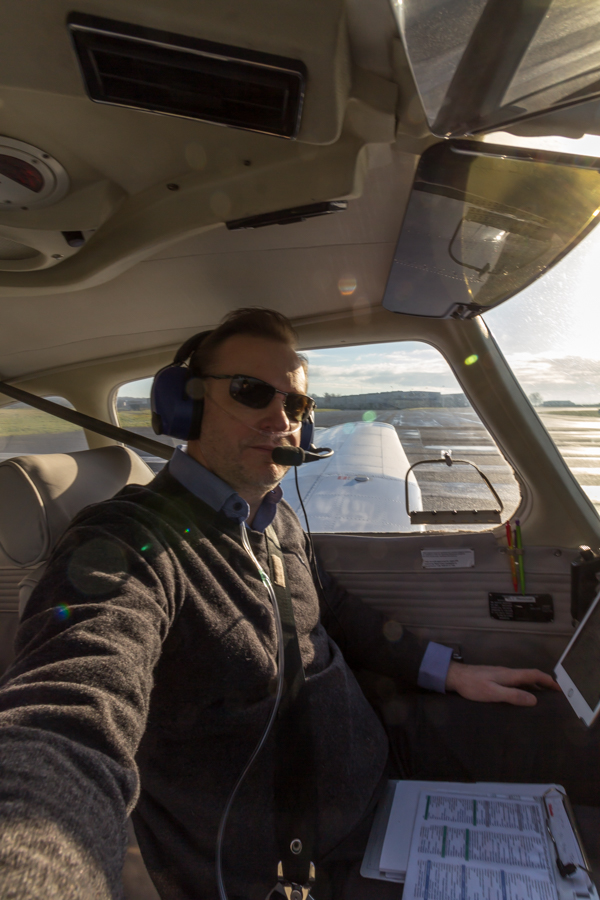 As this was single-pilot IFR, the cockpit needed to be set up properly. I had bought an iPad yoke holder, so the cable mess of mixing headphone cable, iPad cables, oxygen tubes etc needed to be properly sorted. When done, I was ready for this cute little flight.

I took off from runway 20 from Lille, southbound towards Troyes. For this flight, I climbed to FL170, beating my own altitude record ! The service ceiling of my Piper is 20’000 ft. 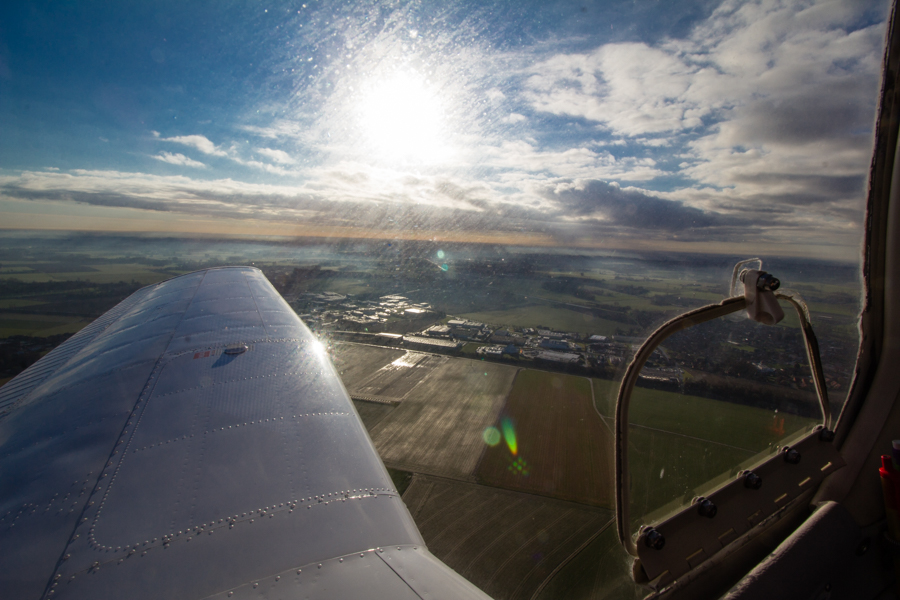 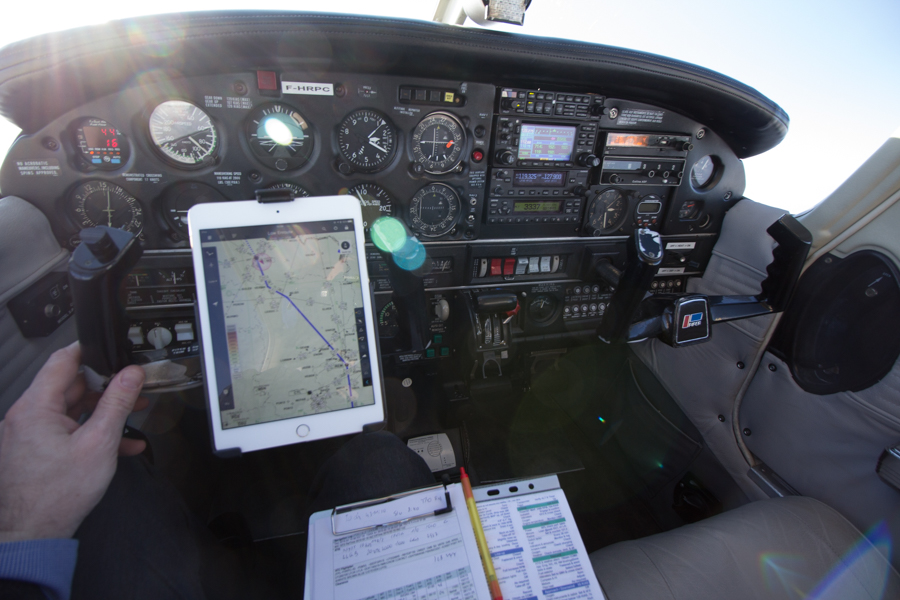 At that altitude, it got to -30 °C during this winter flight. 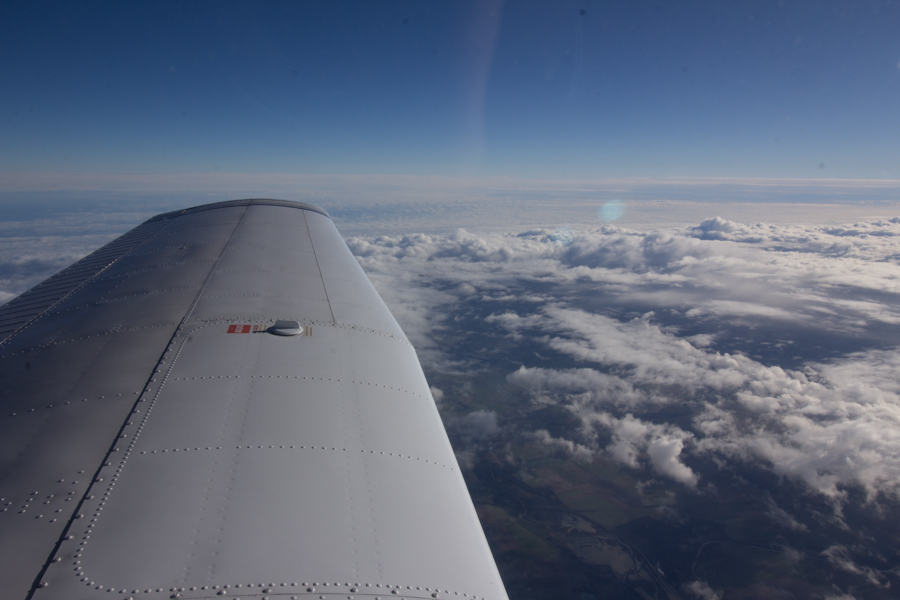 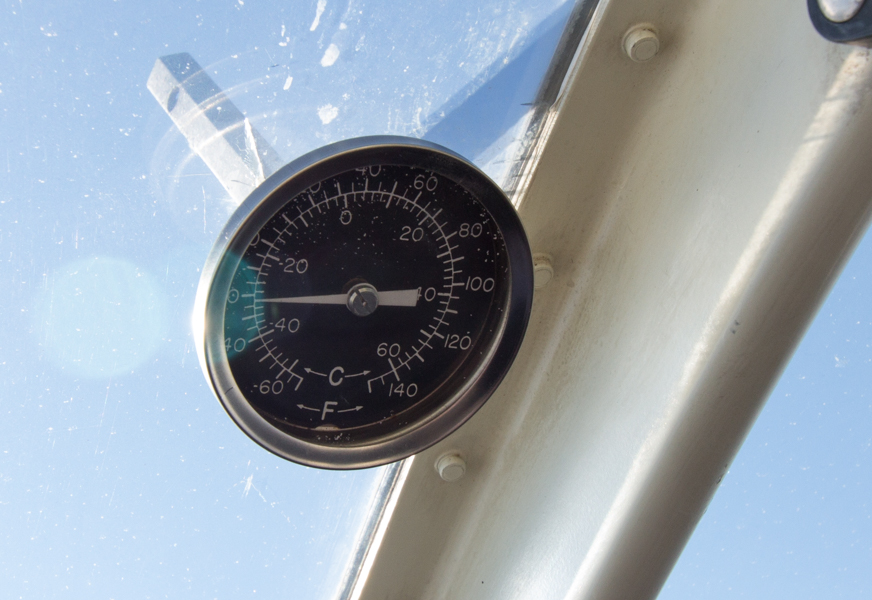 I couldn’t stay too long at those lofty cold heights, as the descent towards Troyes announced itself. Descent from FL170 does require some specific planning. For instance, if you plan to descent at a soft -500 ft/min, it takes approximately half an hour to descend to 2000 ft. And 30 minutes is like a third of the flight time. In reality, I descended somewhat faster (between -700 to -1000 ft/min). You can modulate your rate of descent in order to arrive at the correct fix at the correct altitude. 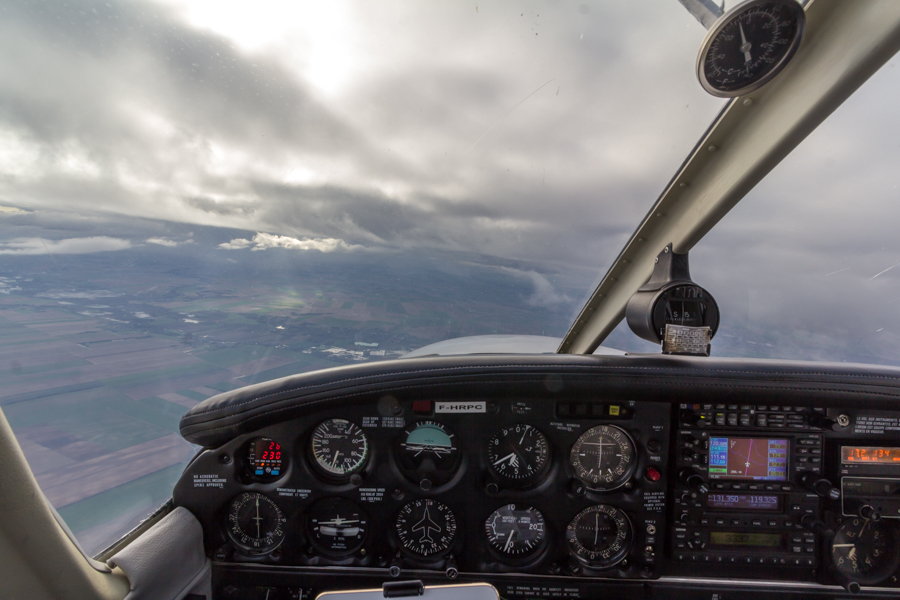 I made the ILS approach towards runway 17 in Troyes. Passing 5000ft, the oxygen system stopped providing extra oxygen, so I closed the bottle.

The approach and landing went easy and uneventful. 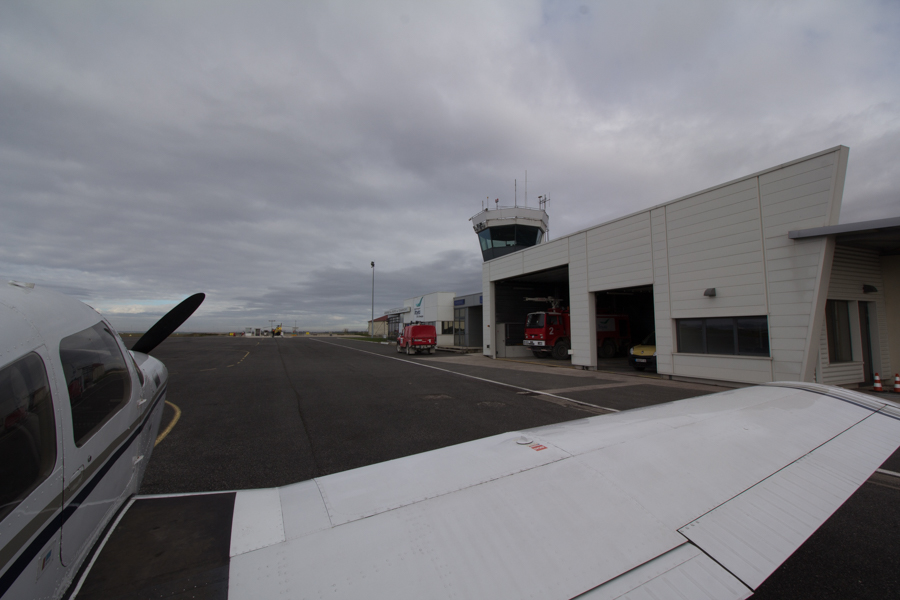 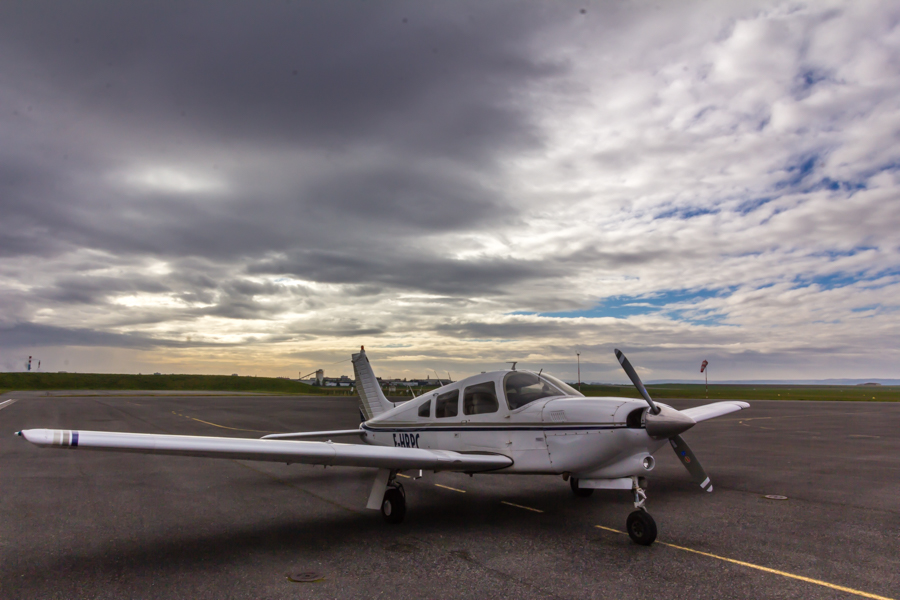 I paid the landing fees, and started up for the busy flight into Paris. The flightplan called for a bit of a detour, but ATC was helpful and gave plenty of shortcuts. 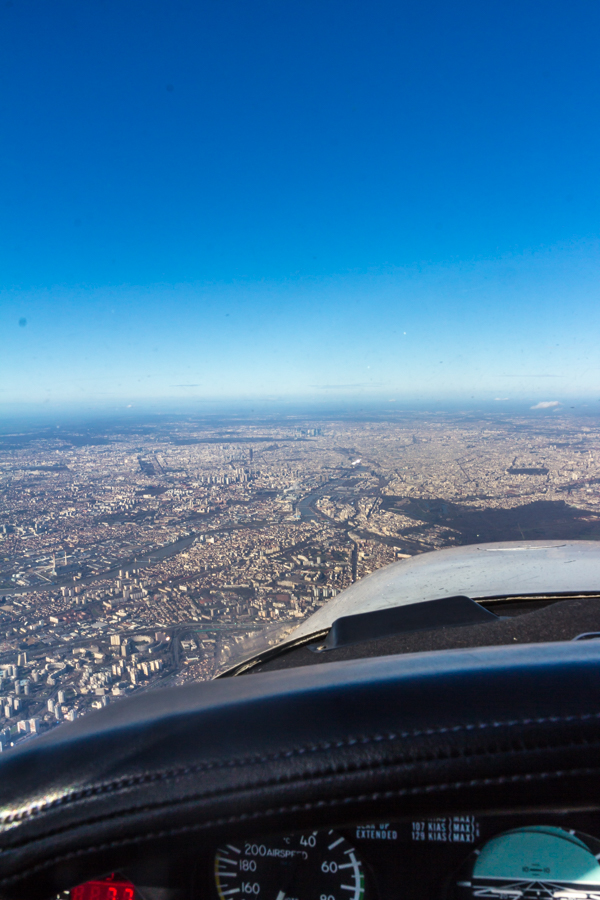 Proceeding westbound, Paris came soon into view. The weather was extremely co-operative, and teh views were splendid. 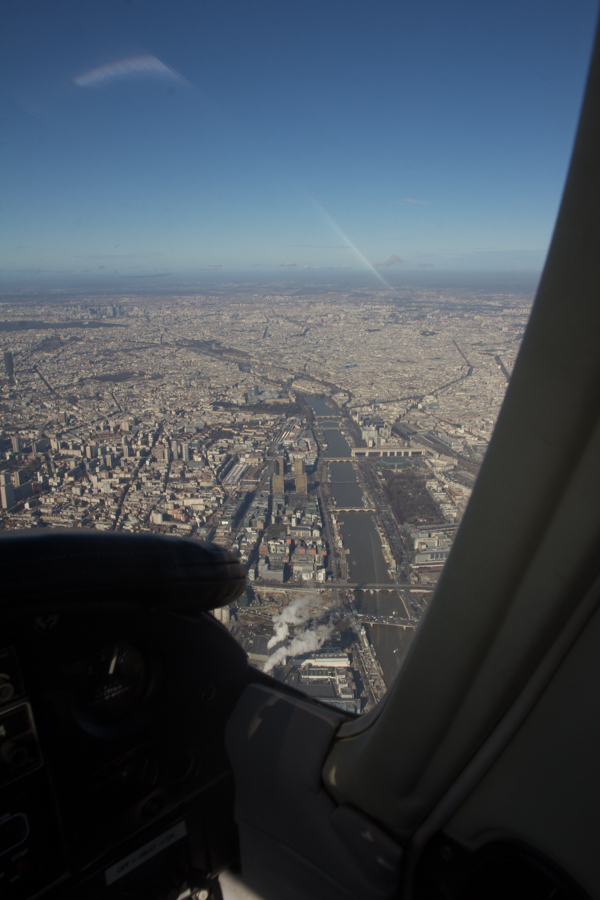 I was vectored at 5000ft over the Paris-Orly airport to capture the ILS for runway 25R. I could see all the traffic below me approaching Orly, landing, taxiing and taking off. Very impressive.

Once captured the ILS, Orly Approach pased me onto the Villacoublay frquency a the ILS for Toussus passes right over the military airport of Villacoublay. In the meanwhile, Paris was showing it magnificence on my right. Even the Eiffel tower came into view. 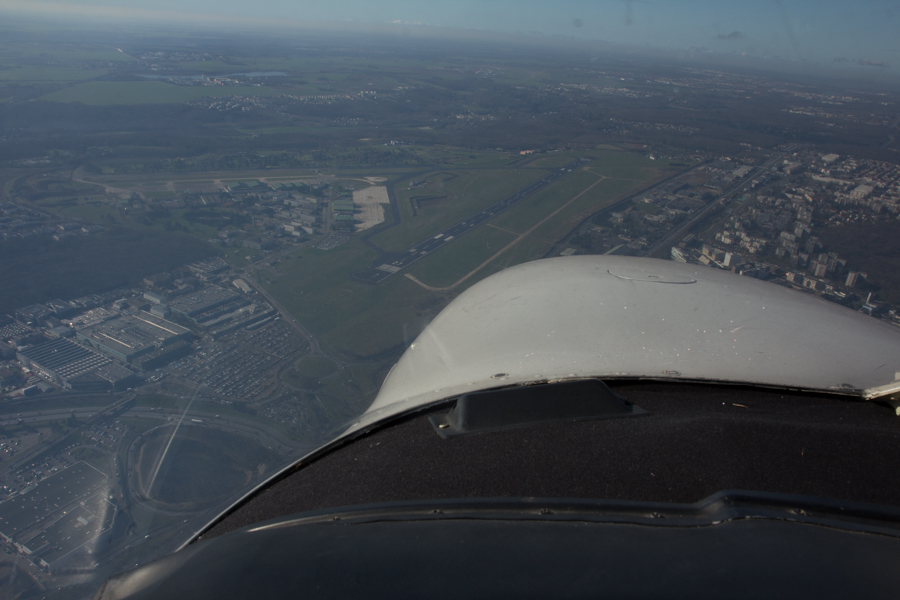 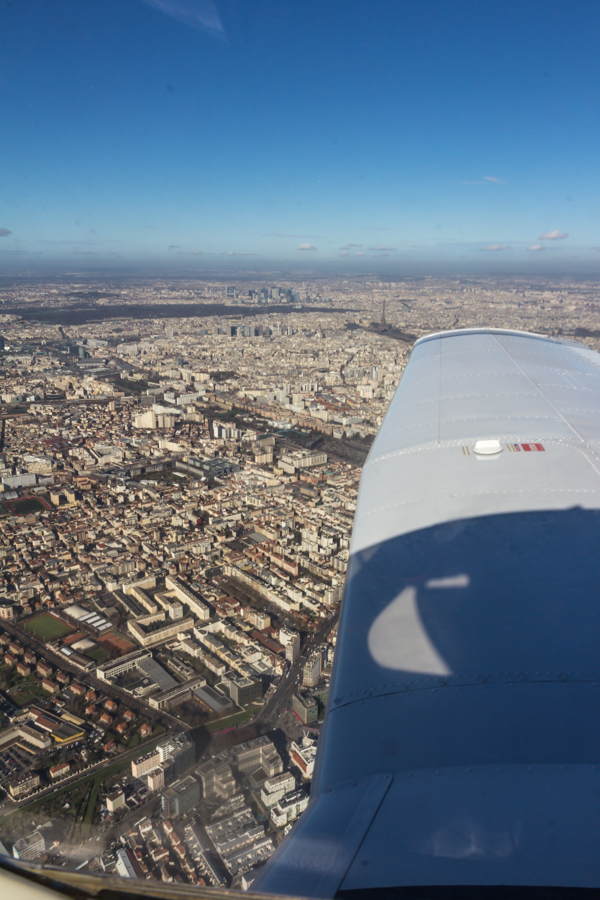 I landed on runway 25R and did the long taxi to the apron. I parked for a couple of minutes. 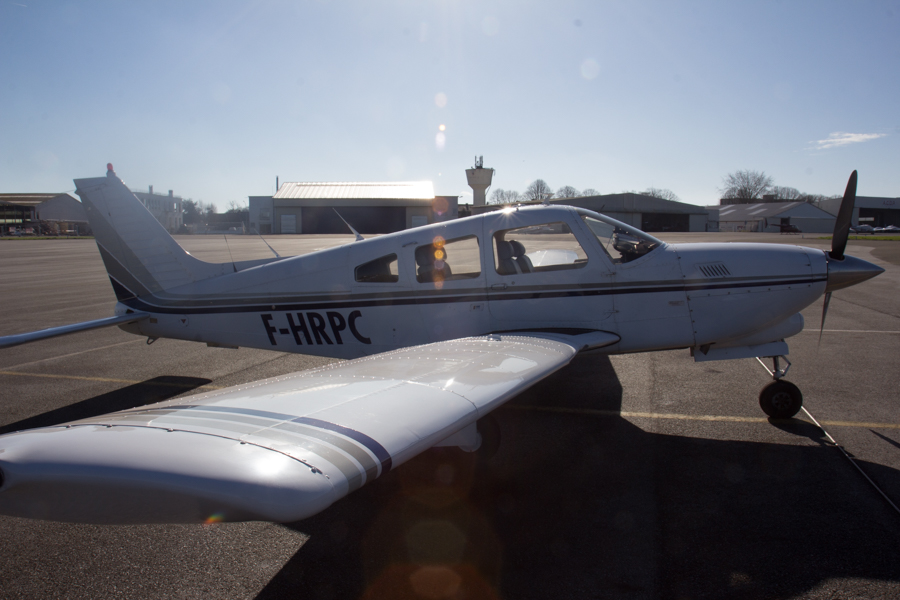 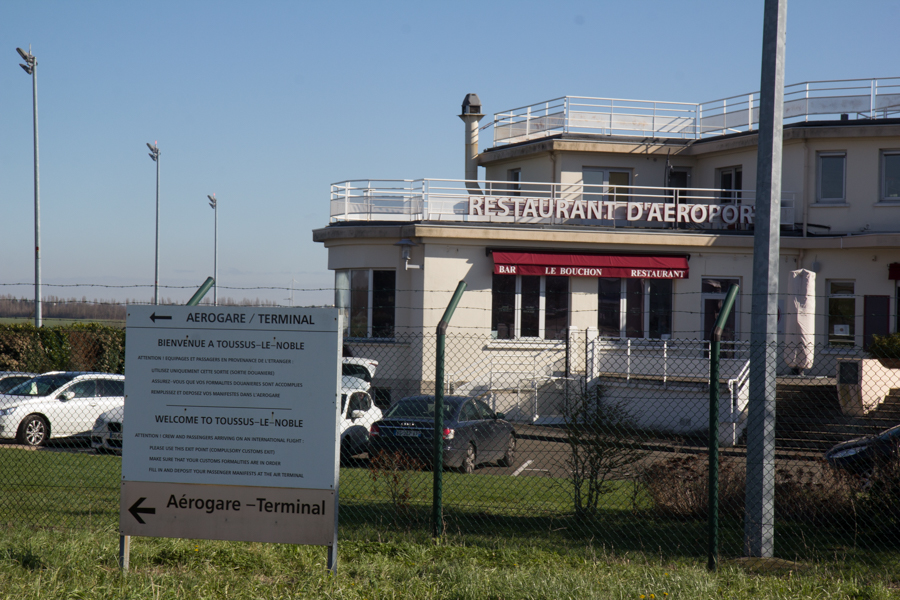 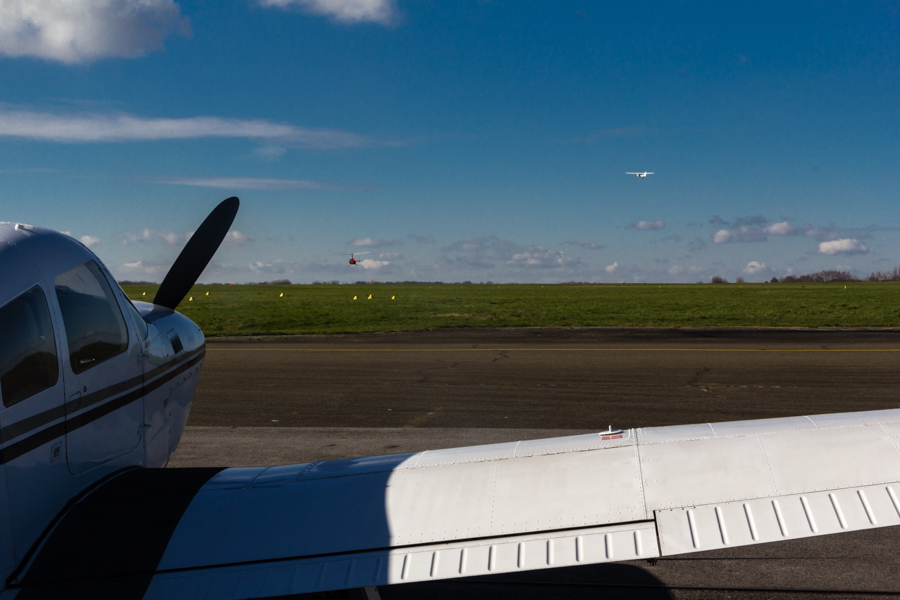 Then I set course back to the north, skirting the west side of Paris and avoiding the departures of Charles-de-Gaulle. A further nice and uneventful flight brought me back to Lille. 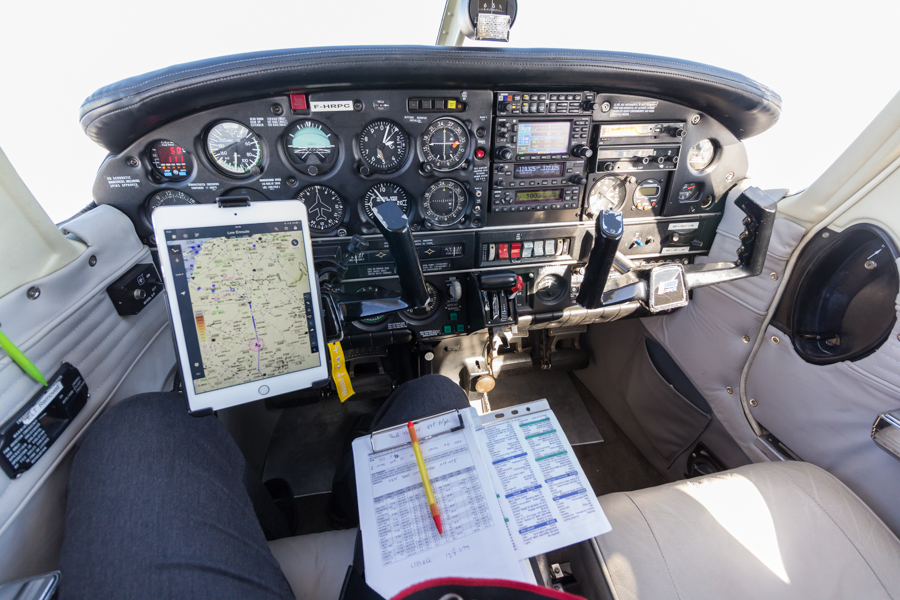 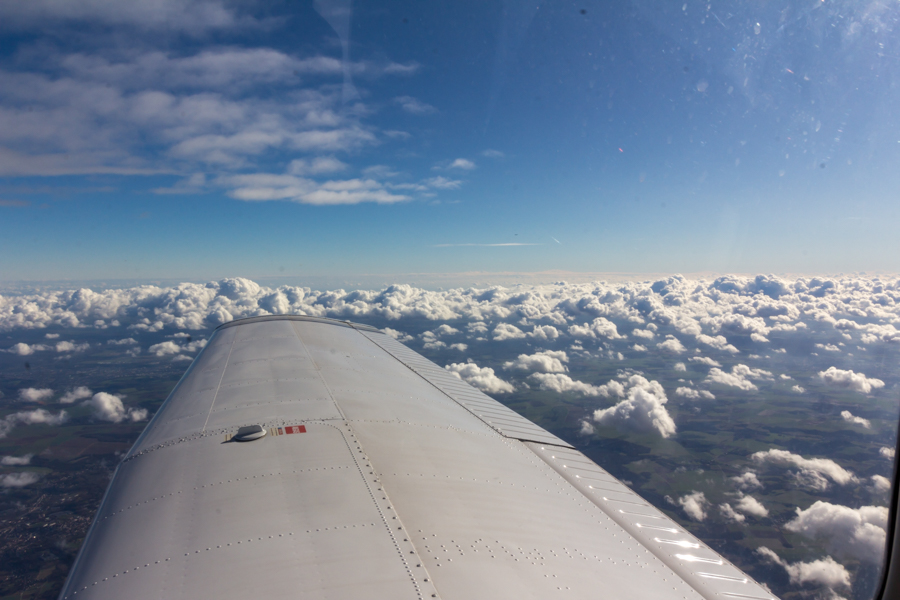