I am getting close to 30 hours of the required 40 hours of instrument time required to do my practical exam for my instrument rating. Today I planned and filed for a tour completely based completely on instrument flying from Kortrijk to Merville to Valenciennes and back to Kortrijk. The weather forecast called for CAVOK all the time, so it would be perfect to conduct this instrument training flight under VFR with the help of a safety pilot. This time I asked Wim to join me. 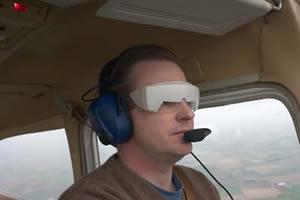 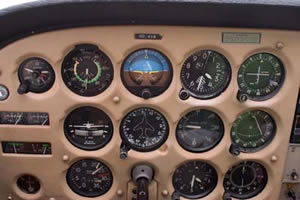 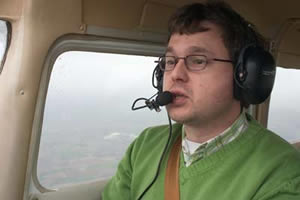 As soon as we took off from Kortrijk, I donned my foggles (‘under the hood’) so I could only see the instruments, and no longer could rely on my vision outside the airplane. We turned inbound MRV NDB towards Merville airport. This is a small but very well equipped French airport where you can practice plenty of approaches for free. The only catch is that you need to talk French when the tower is not active, but who cares anyhow?

When we approached Merville, it started to rain… so far CAVOK. The rain was not much affecting the visibility, so as this was officially a VFR flight, we were still legally OK. I couldn’t care less, because I couldn’t look outside anyhow… The wind was very strong from the south, offering plenty of practice to fly on the needles, taking the hefty wind into account.

My first ILS runway 22 approach into Merville was rather sloppy. It always takes me some time to get my mind used to instrument flying. We did a touch-and-go on the empty airport. There was nobody in the circuit due to the rain anyhow. The second approach was flawless, so that was a good confidence booster. 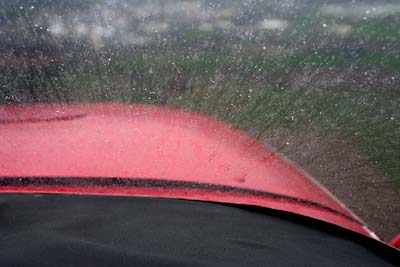 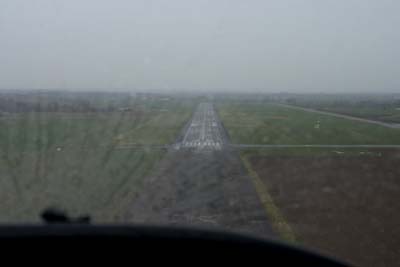 After the second touch-and-go we turned east inbound LEQ VOR and climbed to 3500 ft. We were soon out the rain. After LEQ we turned towards the NDB beacon VS at Valenciennes. When entering the hold, I got kind of lost as I was confusing the back course of the locator with the front course. It took some time to get re-established, but then we could finish the approach properly.

After the touch-and-go in Valenciennes we turned north towards MAK NDB in Belgium. This course brought us over the fields of Maubray and Amougies. When we crossed the Kluisberg, Brussels Information told us to watch out for the helicopters following the Kuurne-Brussel-Kuurne cycling race, so instead of continuing north towards MAK to make in instrument approach at Kortrijk, we turned northwest direct towards Kortrijk and did a classic VFR join.

Two hours and thirteen minutes of IFR practice and pleasure, and always fun to share it with another pilot on board!