Every year in August there is a fly-in on the airport of the Dutch island Texel (EHTX). My flying friends Yoeri and Kim had convinced me to come along, so I planned to fly there with my son and bringing along our full camping gear: the idea is to pitch our tent next to the aircraft and sleep “under the wong” … an old dream of mine. 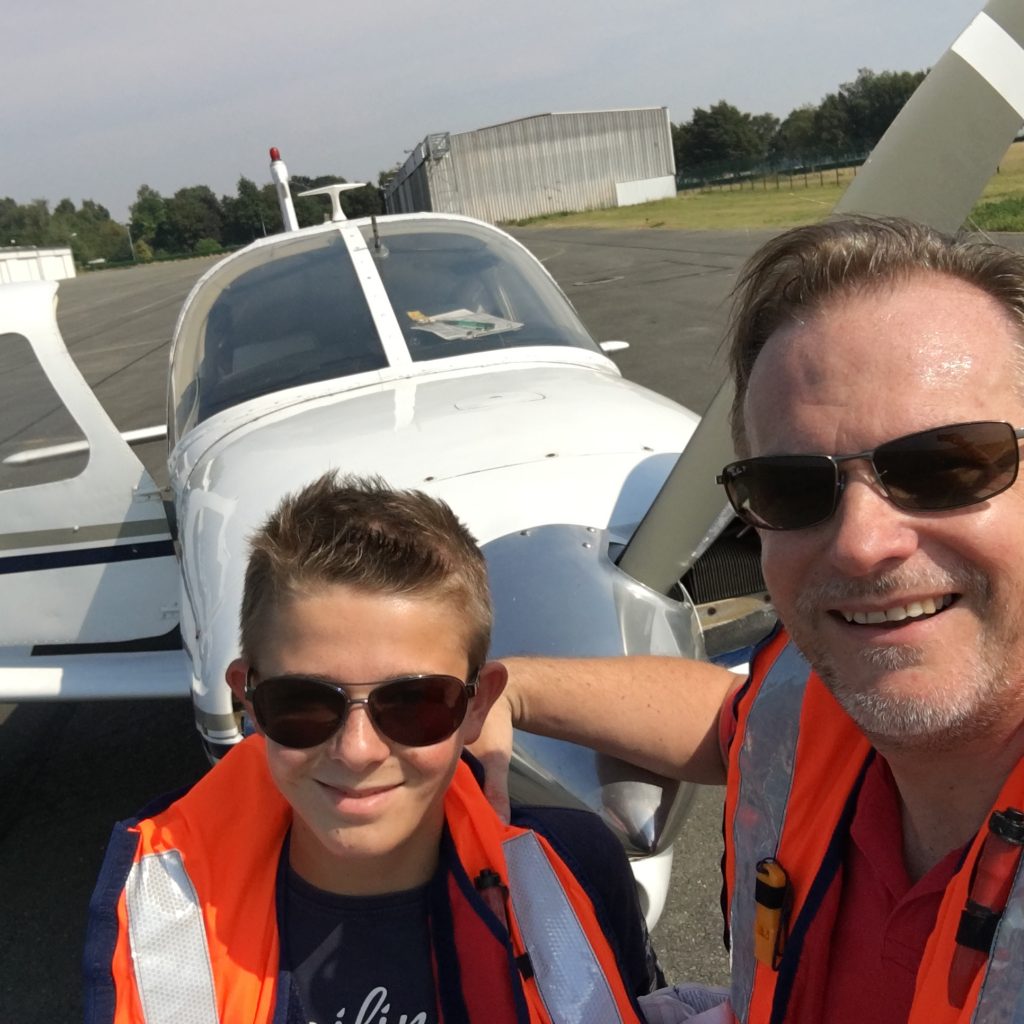 We planned for a VFR flight northbound along the coast, but I brought what was needed to switch IFR. 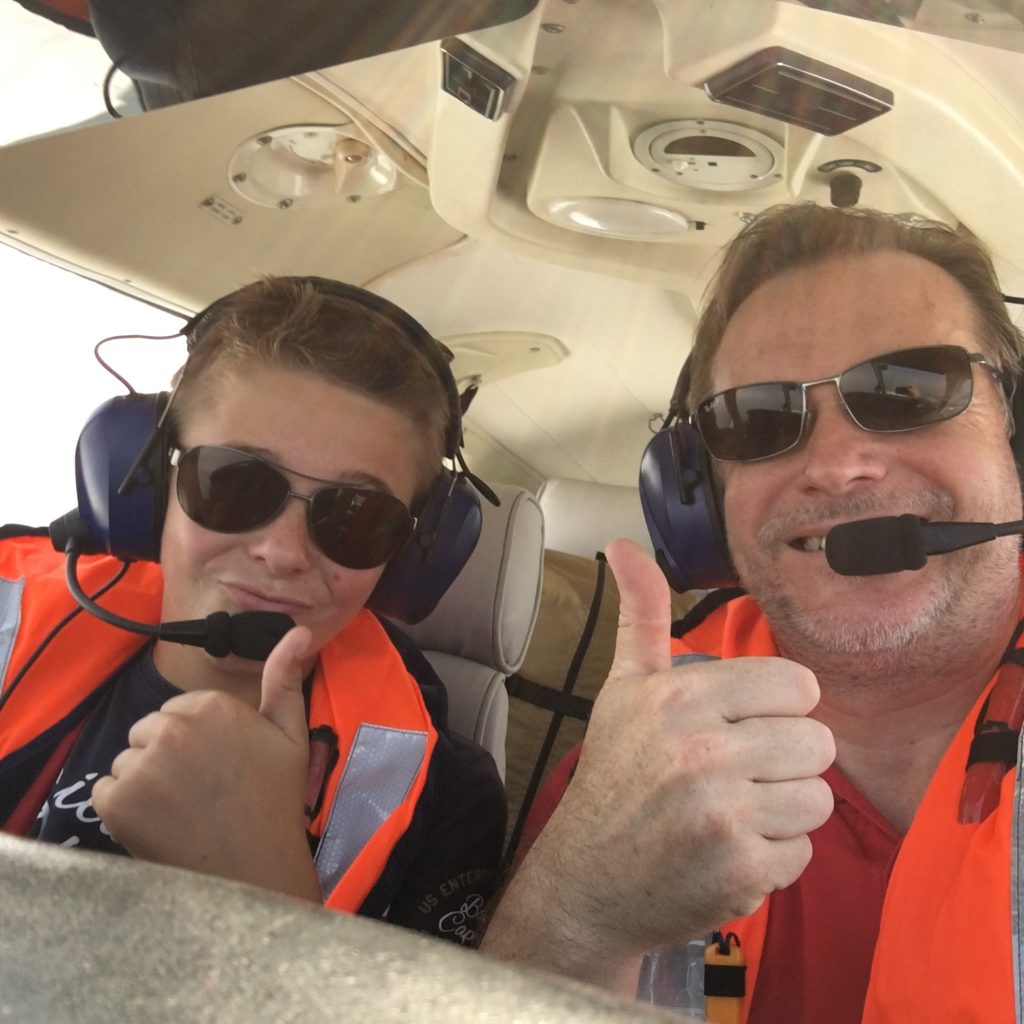 For once we stayed low to remain in uncontrolled airspace in Holland. 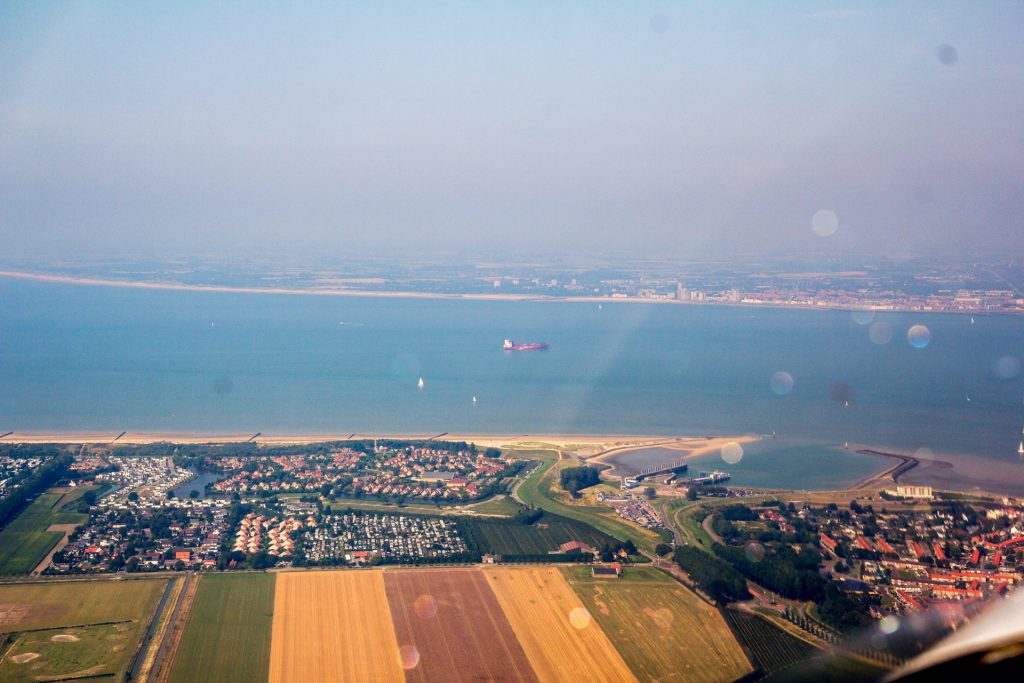 Crossing the first water to get to Zealand and crossing the city of Middelburg. 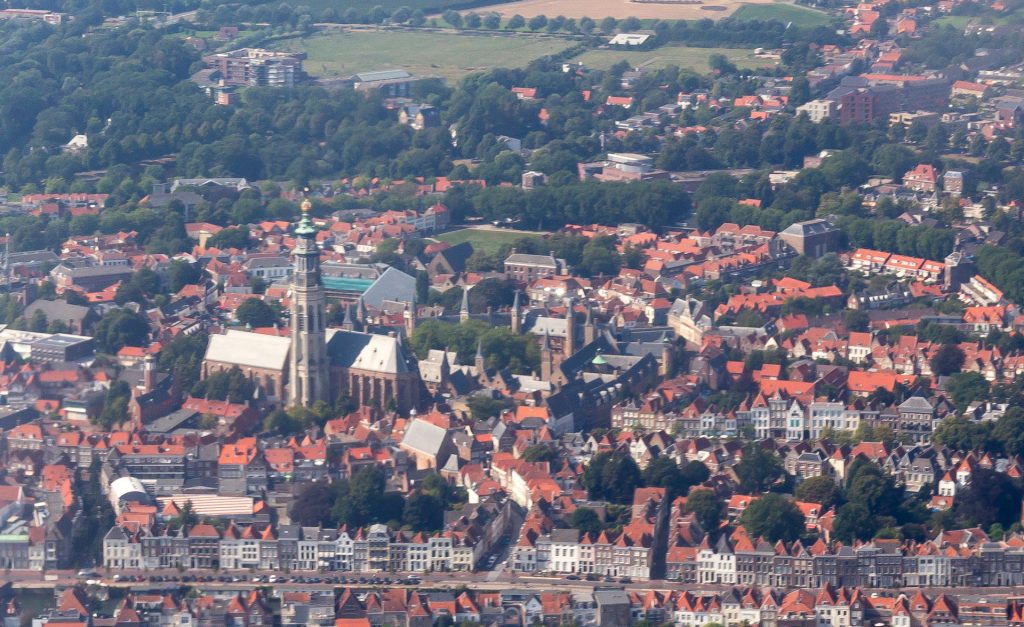 All along our flight, the beaches were full of people. 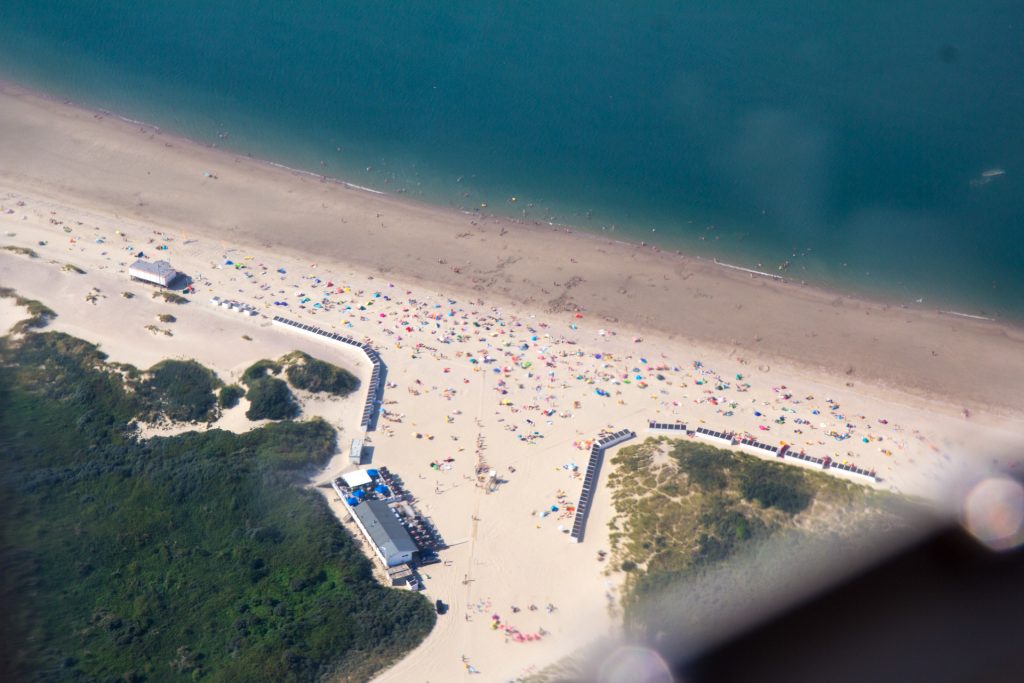 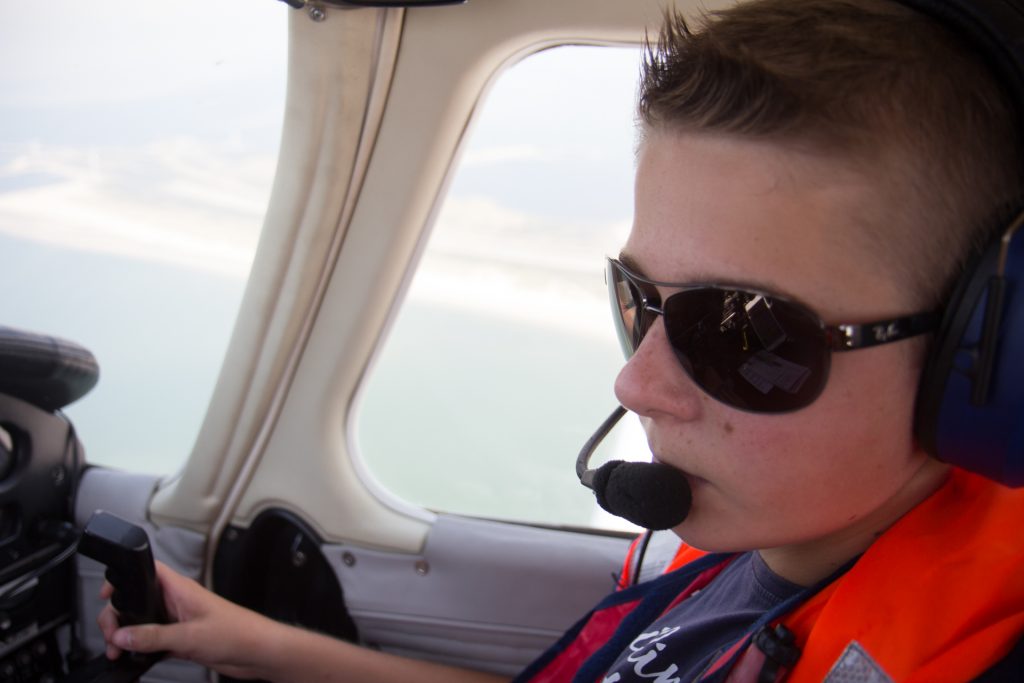 Crossing the harbor of Rotterdam. 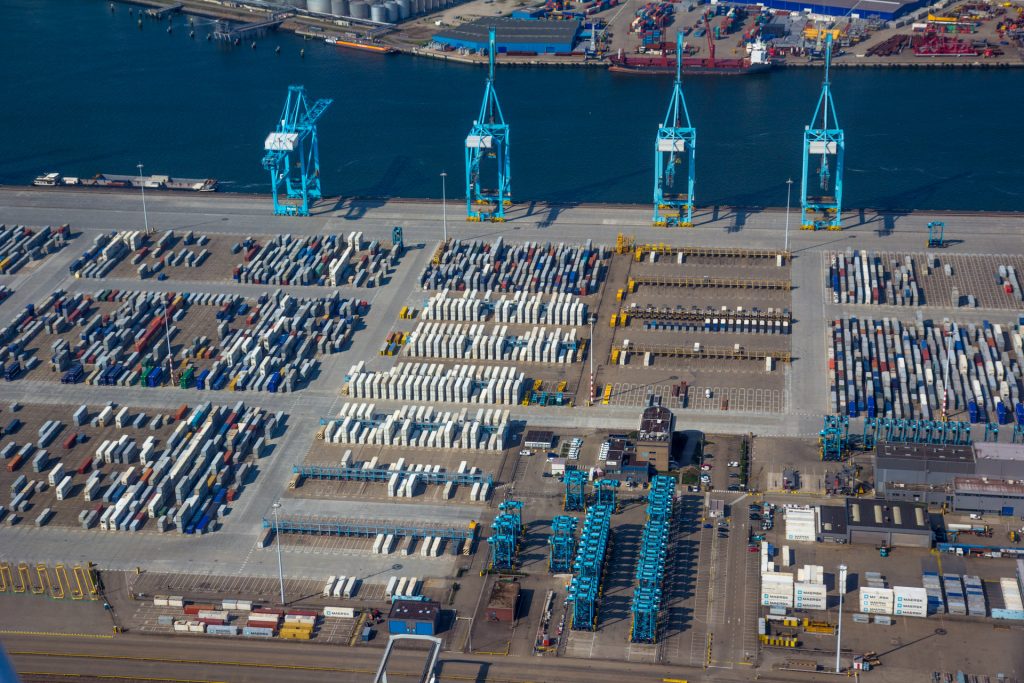 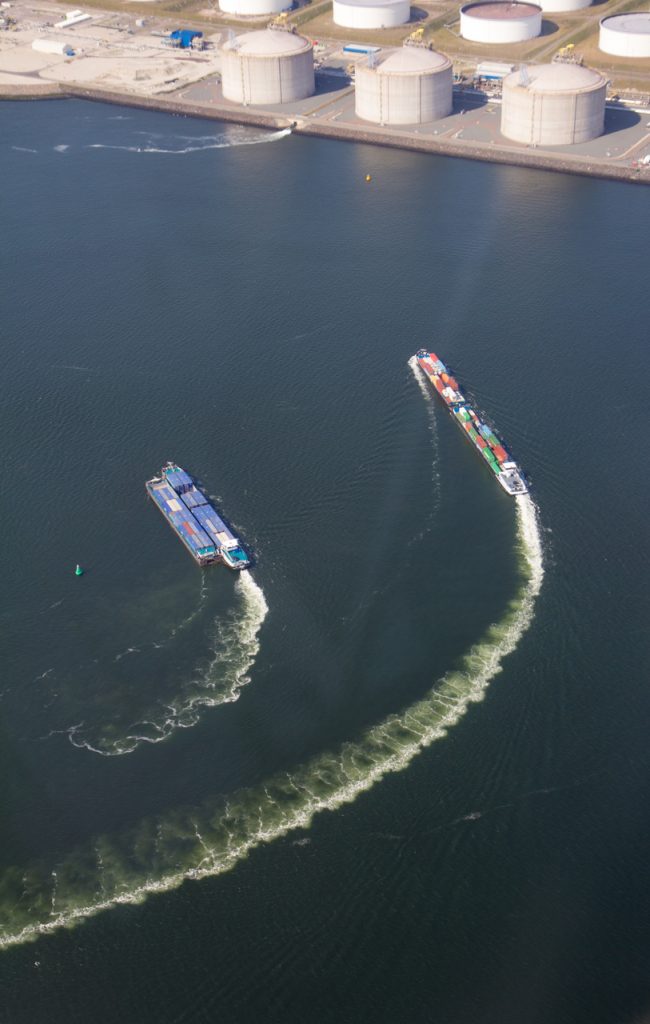 After talking to Den Helder Tower, we were cleared to cross their airspace towards the island of Texel. Here we were final. 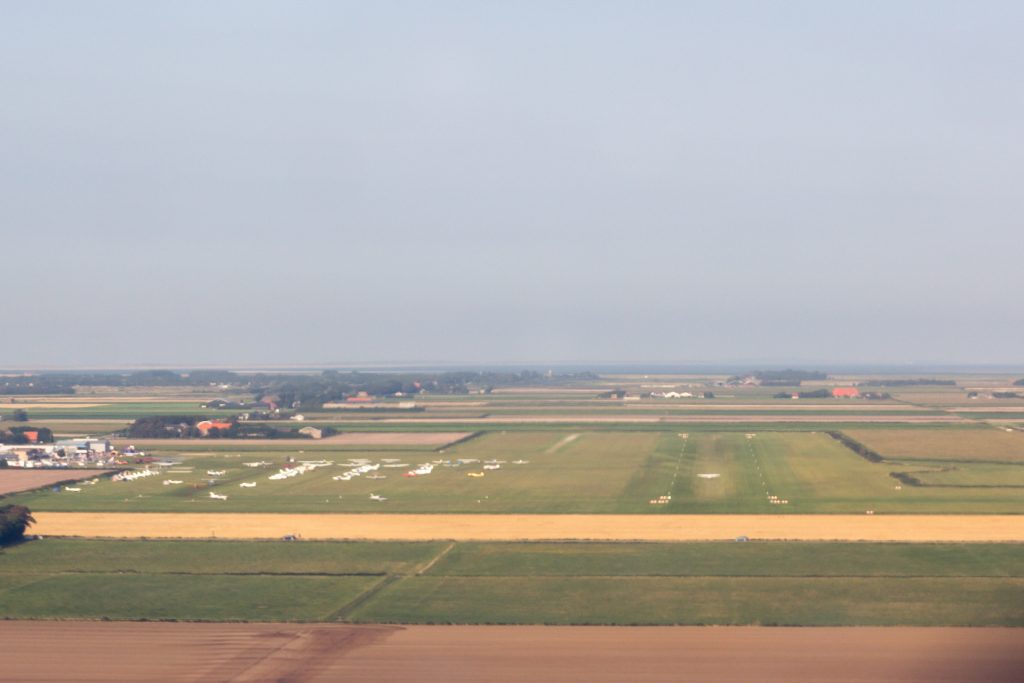 It was immediately visible that the airport was very busy due to the fly-in, although we arrived as one of the last. 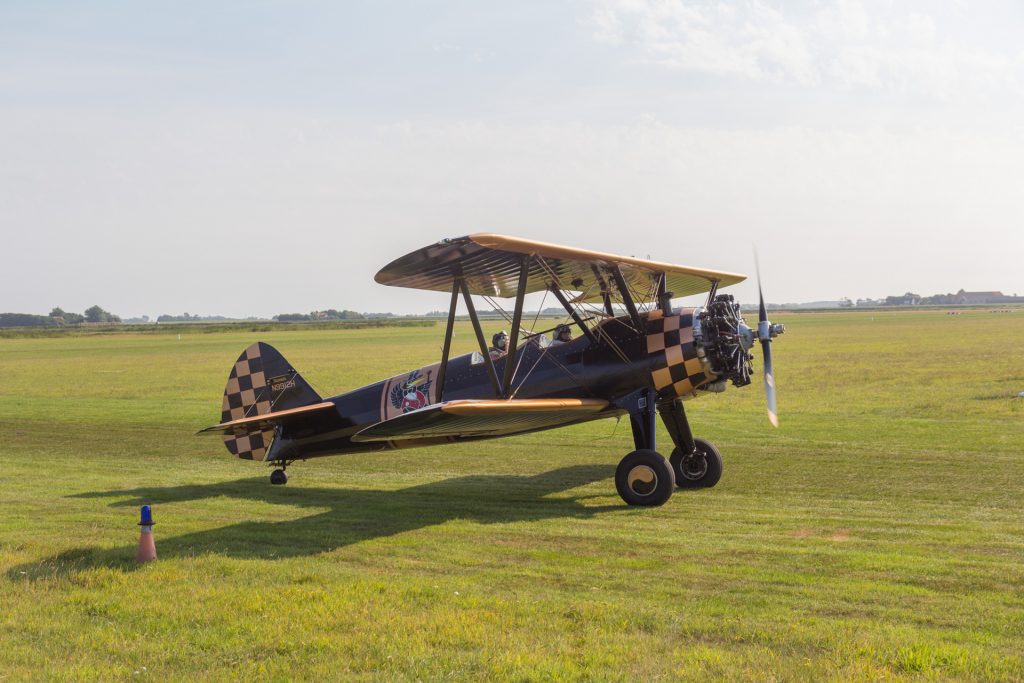 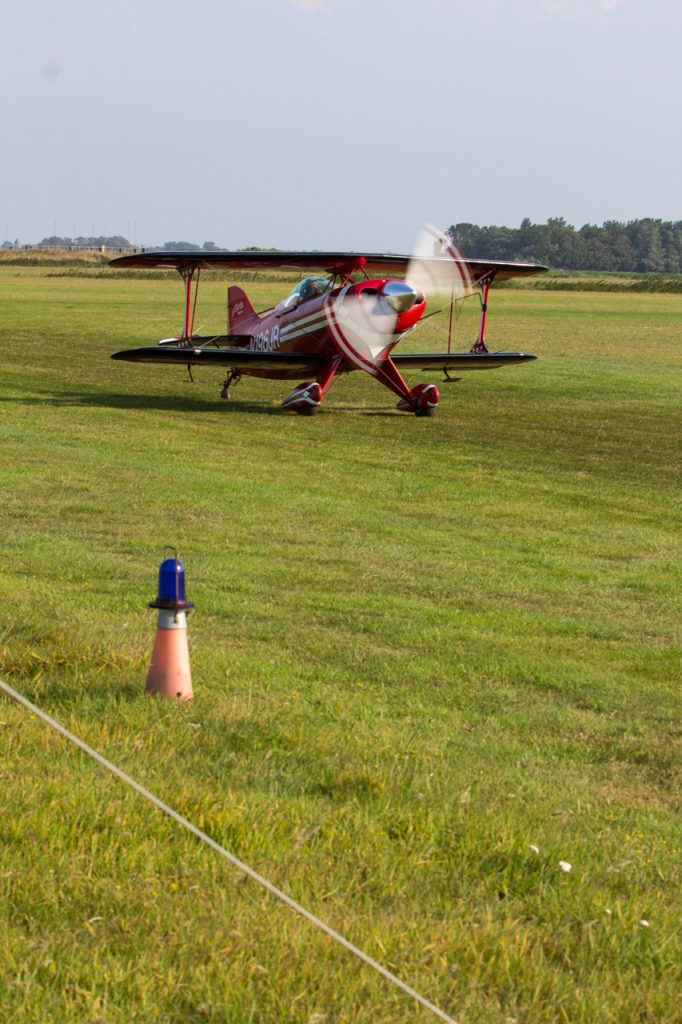 We parked in the row and pitched our tent ! 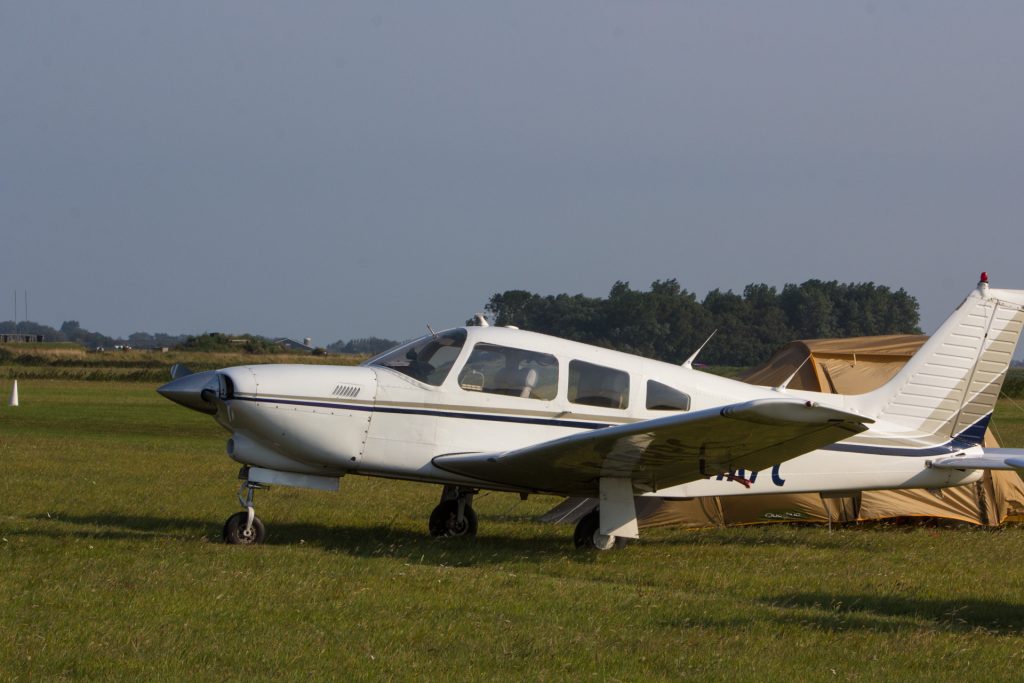 And even if you own a helicopter, a tent is required to sleep. 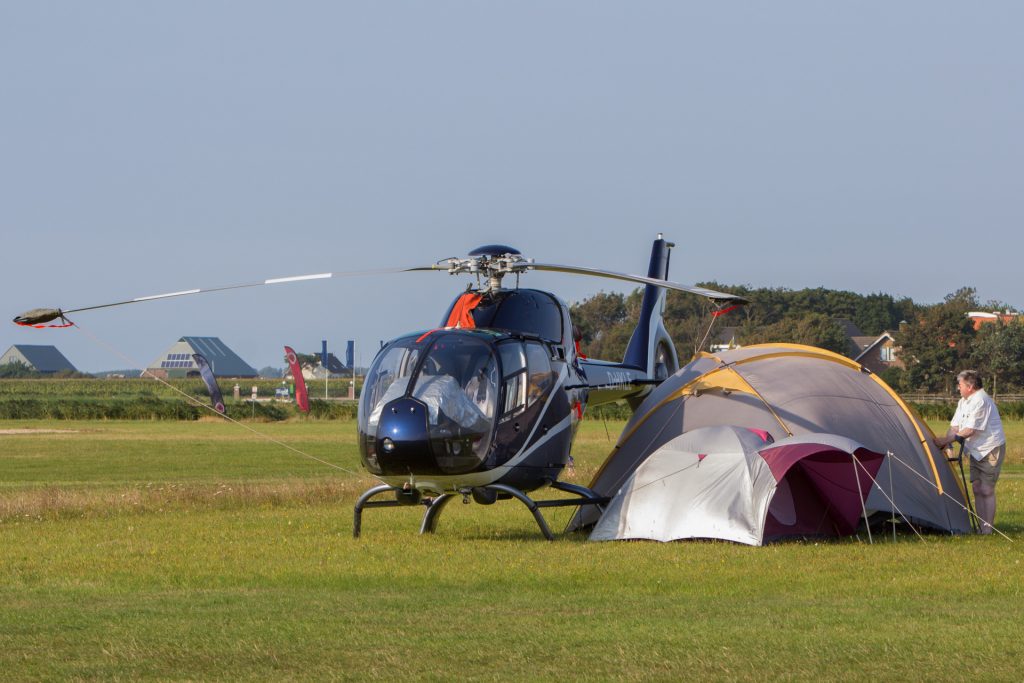 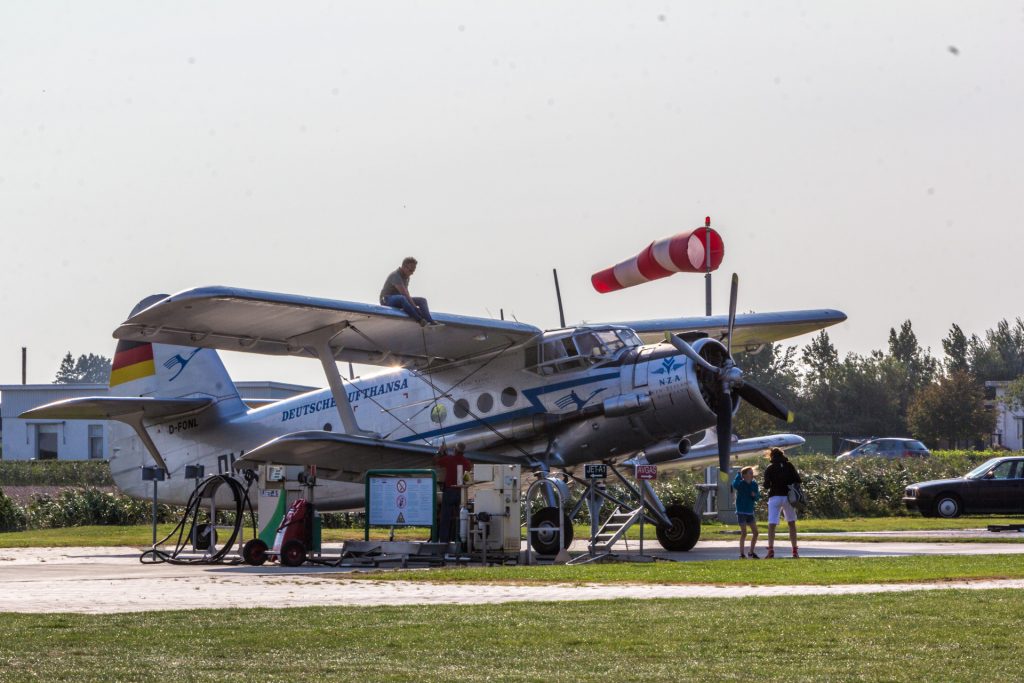 We joined our friends and had a great evening with beers, mingling with the locals. 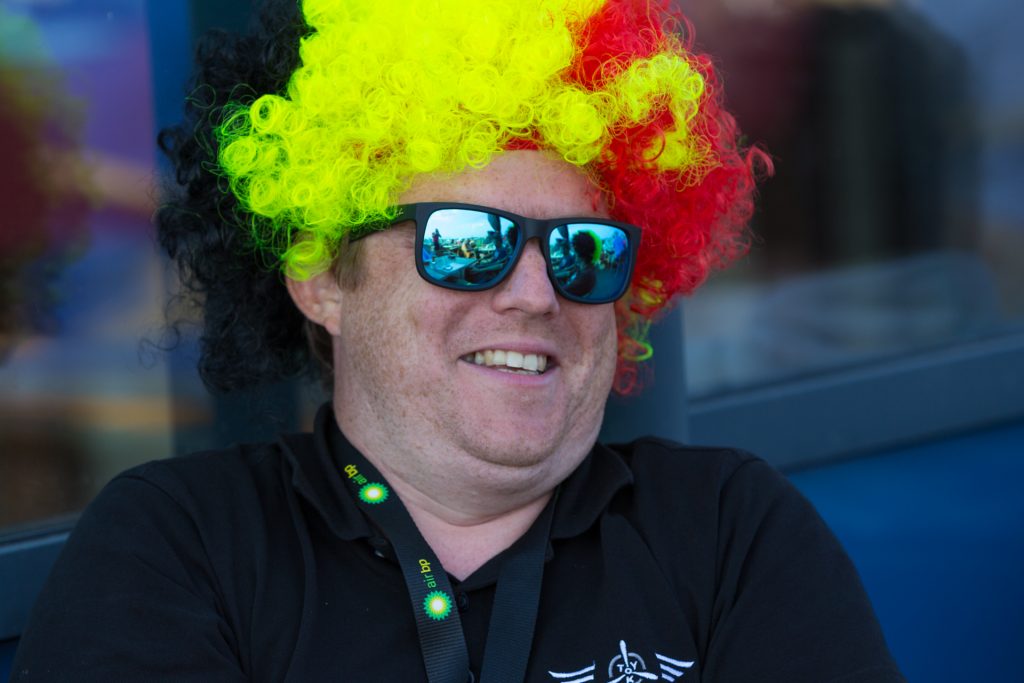 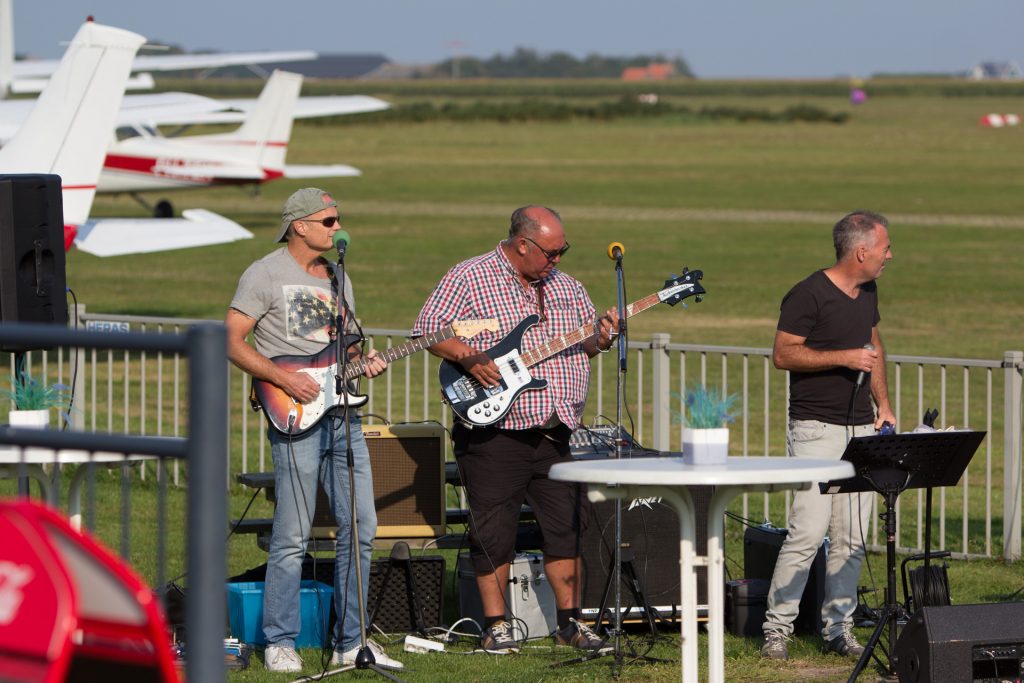 That night, we had a serious of showers passing by, combined with strong wind. 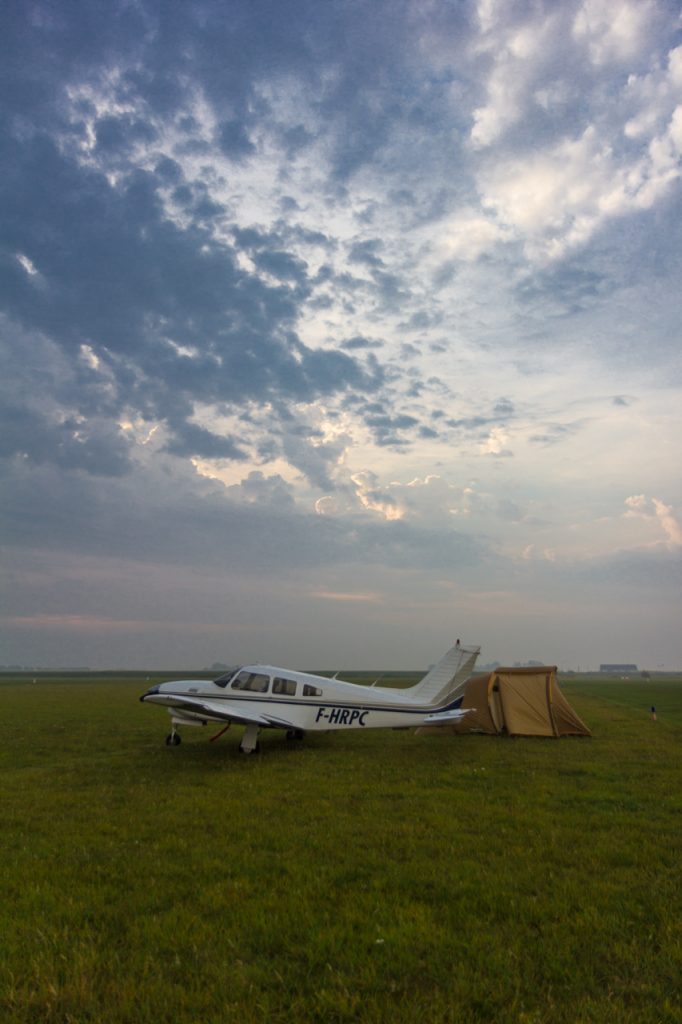 The weather improved, so we all launched back southbound. Half way down the VFR flight, I decided to pick up an IFR clearance for the remainder of our flight to Lille. 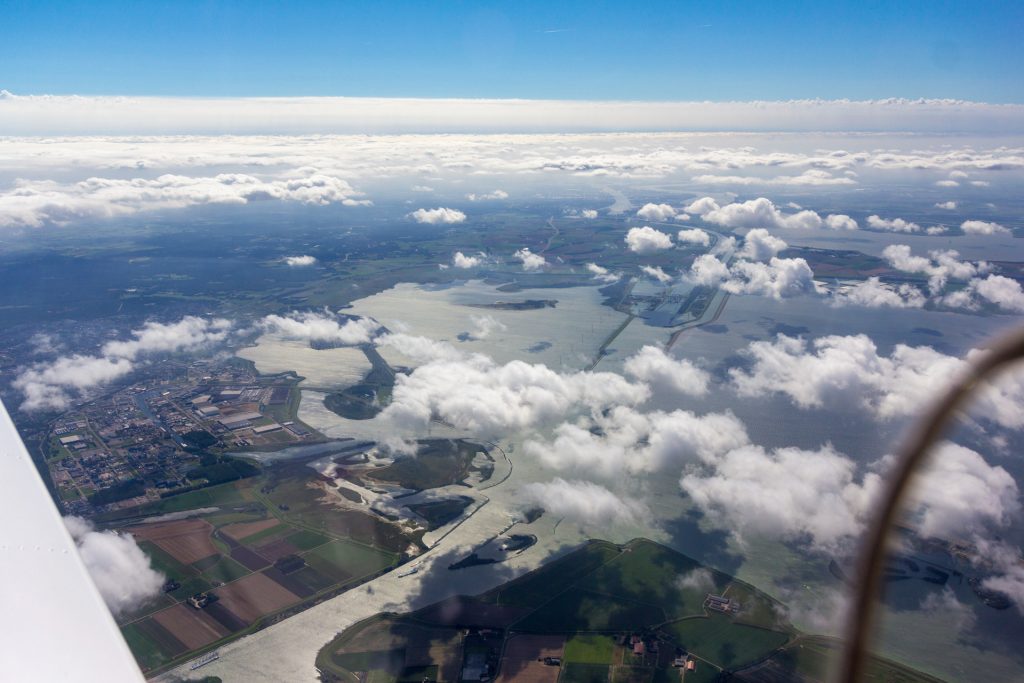 Happy to have done this ! 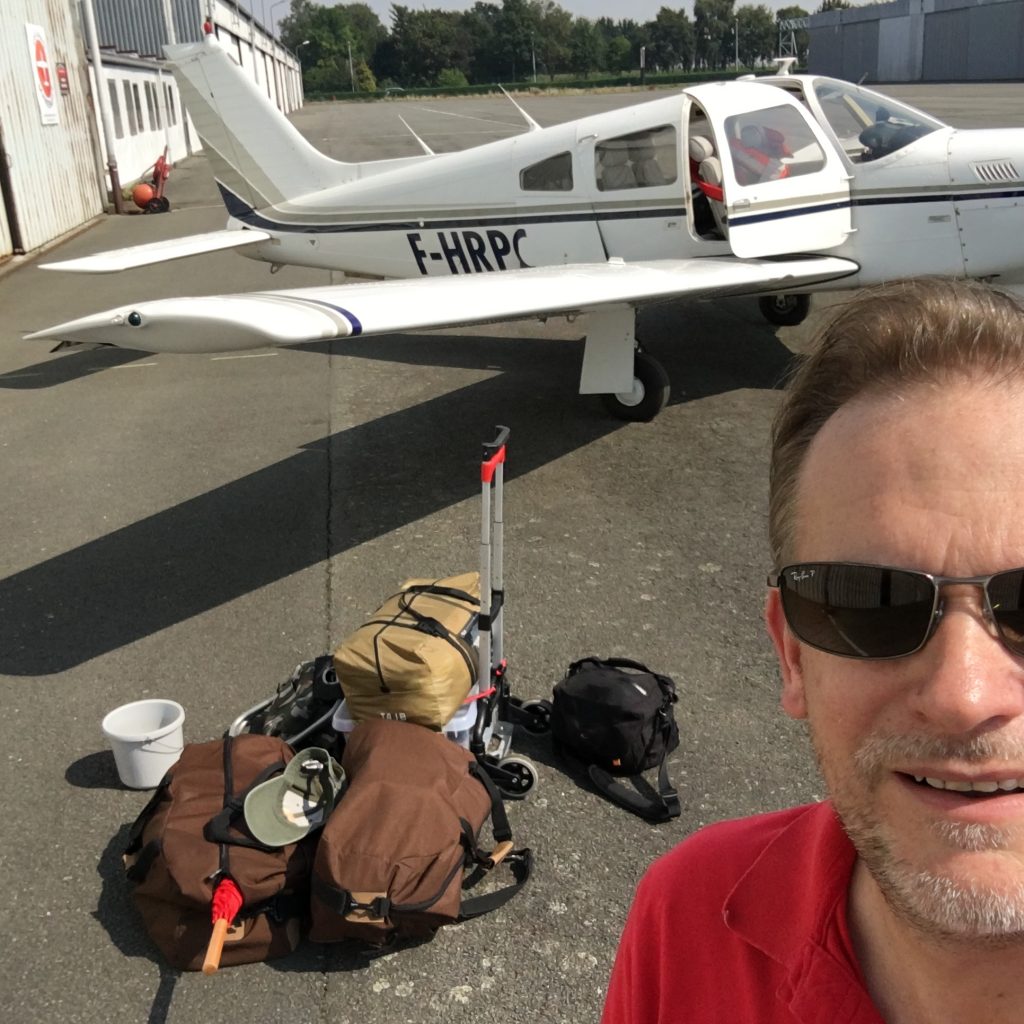