It was too long ago that I had flown. So I was overdue to legally carry passengers, and I realised that my flying skills were probably not on par with last year either. I planned a short and easy flight from Kortrijk (EBKT) to Grimbergen (EBGB), solo, VFR. Grimbergen airport calls for a special approach, land and take-off procedure as the international and large airport of Brussels (EBBR) is nearby. So I studied these procedure and called the airport to obtain PPR (prior permission required) upfront. 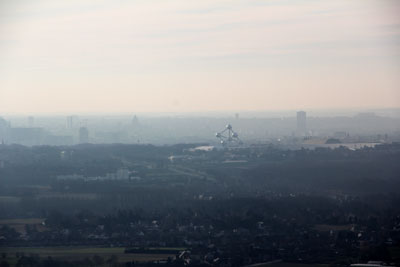 The flight was uneventful and actually very smooth, although I clearly felt that my skills were not as sharp anymore. Removing winter rust a real necessity in my case ! See also previous trips.

There was one issue: I did arrive too early at the border of the Brussels CTR, and as the Grimbergen airport was still officially closed, I had to make a couple of 360°s before I could legally enter and approach via reporting point LONDI. 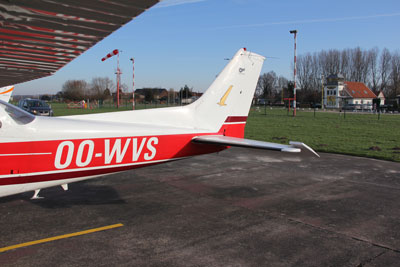 As the landing strip was affected by soft grass, I had to land on the right hand side.

The airport was cozy and quiet. It was nice and peaceful. 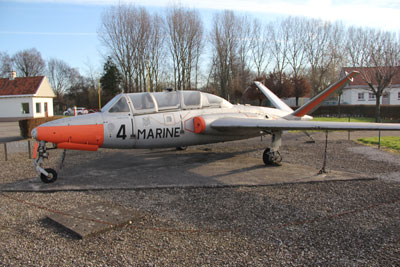 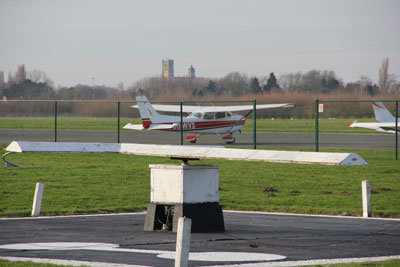 After a short visit, and paying a very moderate landing fee, I set off towards the North again, following the procedure.

The city of Mechelen peacefully passed on my right wing. 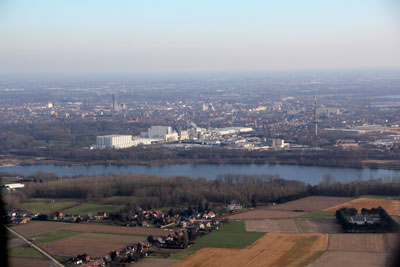 Also the military ATC radar in Semmerzake took an early sunbath that Sunday. 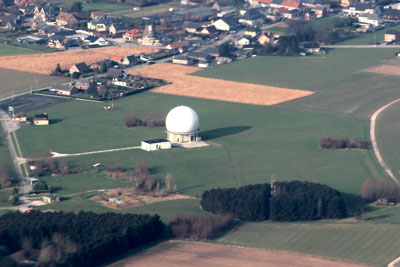 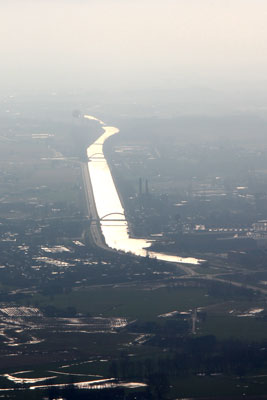 The landing was under a heavy southern crosswind. All of the sudden all my flying skills were sharpened !