Work called us towards the Washington DC area in the fall of 2013. While waiting to attend an aviation related trade show, two colleagues and myself added two extra aviation activities to our agenda on a lost weekend: visiting the Udvar-Hazy Center near Dulles international airport, and go flying !

The Udvar-Hazy Center is an annex to the Smitsonian Museum on the Washington Mall, but it is truly a beauty standing on its own as one of the largest air and space museums on this planet. Words are too short  to describe its richness and top-notch aviation artefacts. Let me therefore use my more favourite way to conveying a message: through pictures. 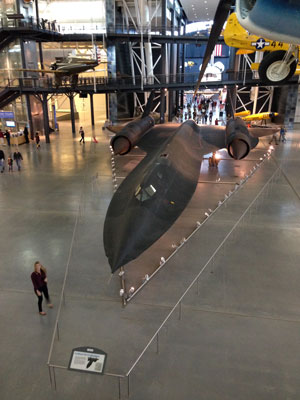 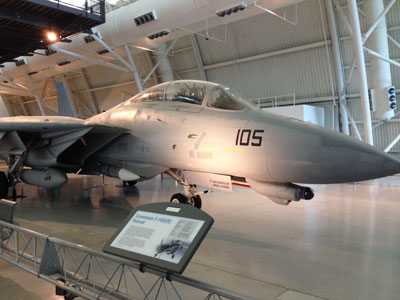 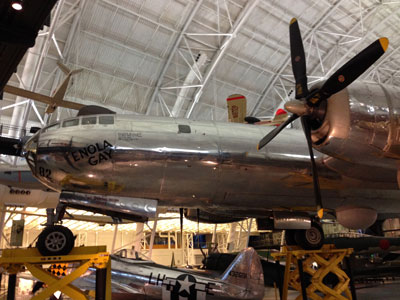 The real Discovery Space Shuttle, battered and eroded by its space missions 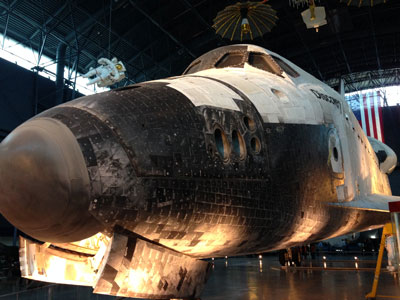 The second planned activity was to go flying. I selected an airport and a rental facility near Dulles: Leesburg Executive (JYO) in Virginia. Because we were with four in one aircraft, I opted to rent the immaculate Cessna 182, equipped with Garmin 1000, from AV-ED. 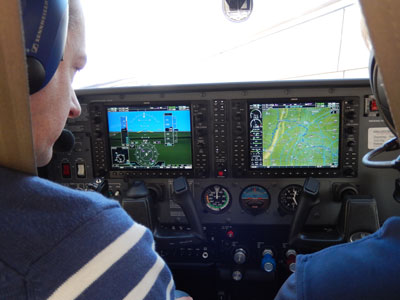 One issue was that I did not have my high performance endorsement as per FAA done yet, so we construed this flight to tick that box. We did flight exercise as soon as we were cleared from the sensitive Class B airspace around Washington DC. In fact, there were special exit and extry arrangements in place with discrete transponder codes to fly on this airport. We did touch-n-goes at Winchester Regional (OKV) and Martinsburg (MRB). Once all that was done, we adopted a more touristy stance: my CFI pointed out important landmarks from the American Civil War in that area. We also overflew Harper’s Ferry, a very scenic location on the three-state crossing point between Maryland, Virginia and West-Virginia. 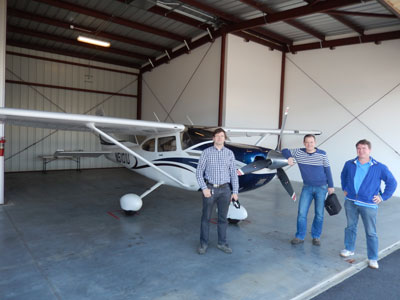 It was a beautiful flight, and it got me another aviation tick in the box !