Two trips from the Alès airport in the lovely Cévennes in the south of France
merged into one experience.

Two years in a row, I went on holiday with the family to the south of France. We staid in the great Mas Lafayette: a top gîte near Anduze! As flying is never far out of my mind, I arranged to fly from the nearby airfield of Alès-Deaux (LFMS), of course. On the airfield there is a lovely and well organised flying club of the Cévennes. Every Saturday and Wednesday, their flight instructors teach flying in one of the nicest places of Europe. The instructor are all retired professional pilots who just can’t stop going skybound.

Rather than going through the effort of getting checked out by the club to be allowed for solo flight, I opted to fly with the local instructors as safety pilot. This saved me some money, but I had to give up one seat in their old C172. It was also the safer option as I am unfamiliar with the area, my French ATC is rusty. Also, flying an hour with a JAR flight instructor satifies JAR-PPL currency requirements, a nice plus!

In 2006, I planned the trip southeasterly into the Camargue and over the Pont du Gard: 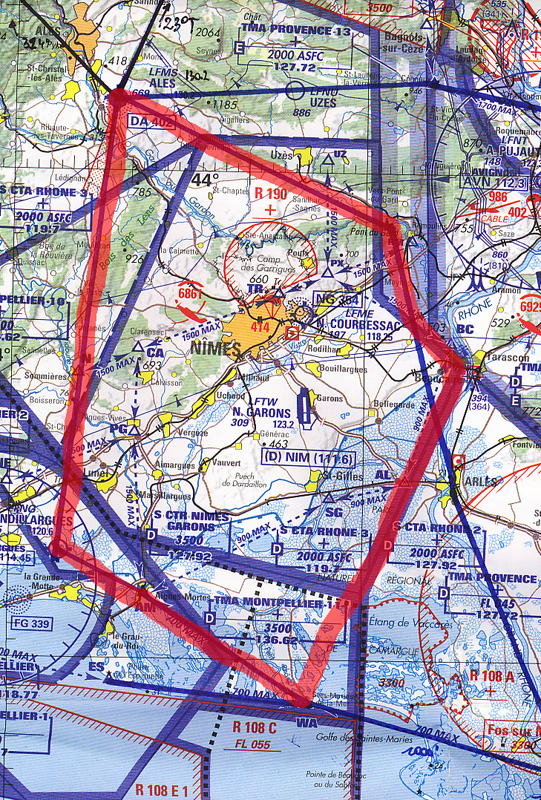 In 2007 the trip took us northwestbound for a flight to Mende over the Cévennes: 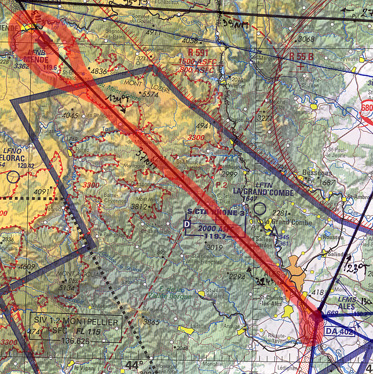 The venerable Cessna 172 takes four persons. Of course, being with friends in the south of France is the perfect excuse to take them with me flying. So all four seats were occupied. 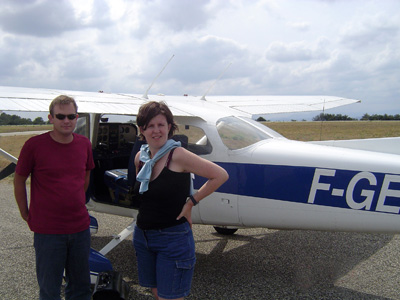 The aerodrome of Alès is a stopping place for the flying fire brigade, the Canadairs. On the below picture you see the refilling installation of exstinguishing chemicals and water. 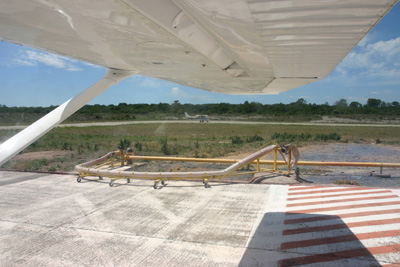 In 2006 we headed south and performed a touch and go in Candillargues (Montpellier). The we headed east for a flight over the Camargue, a nature reserve consisting of shallow lakes and tributaries. It is the delta mouth of the Rhône river. 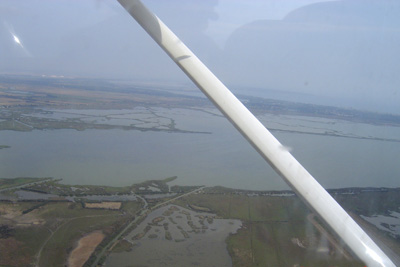 When we flew over the Camargue, multiple flocks of flamingoes crisscrossed the waters. 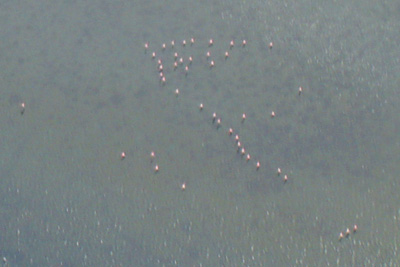 On our westbound trip, we crossed the young river Tarn, which later cuts an amazing cañon through the highlands of the Cévennes. 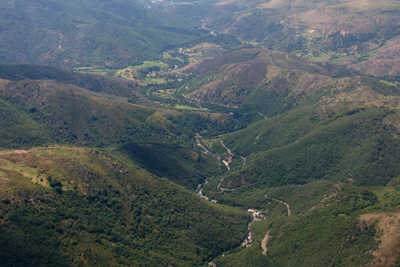 Towards the north, the inhospitable mountains of the Monts de Lozère were passing under our wing. 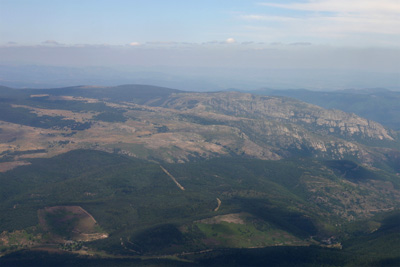 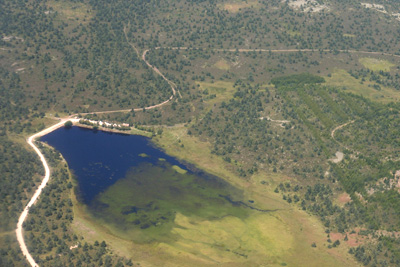 Mende is located on top of a hill surrounded by valleys on all sides: it’s the classic aircraftcarrier look and feel. See also Sedona airport ! 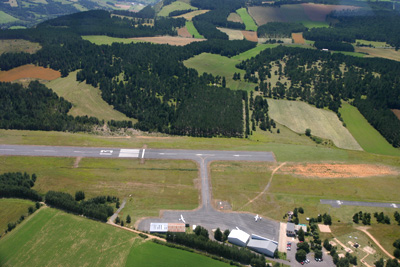 We took the lefthand circuit into runway 31 at Mende and performed a touch-and-go before setting course to Alès again. 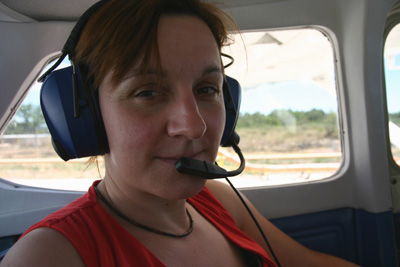 The year before, we crossed the Pont du Gard near Nîmes … a truely magnificent view! 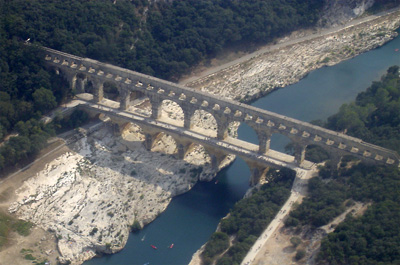 Landing back on runway 01 at Alès … I like flying there !

Later we returned to Mende airfield by care. there I thought my son to fly 😉 … 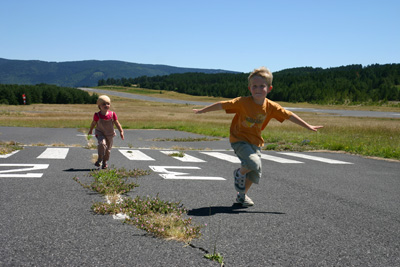 … and my daughter to wingwalk ! 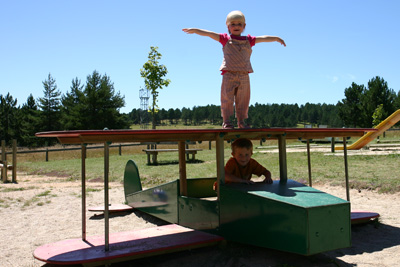